The problem is corrosion…..

Corrosion appears to be happening either directly under or nearby the various sized (but typically 5″ long) plastic runners that line the bottom of the large PCB modules. These plastic runners protect the small surface mounted components on the bottom board from being scraped off when being inserted. Due to the proximity of the modules, with the install order being from BOTTOM to TOP, the front-panel connector edge of the module below it can scrape and accidentally yank off a small SMD part.

The links mentioning the problem can be found here because I have no first-hand examples:

The purpose of this post is to draw awareness in the HP test equipment community to at least check your boards for signs of corrosion with the hopes of catching it early. There *is* a risk to damaging your board when removing the runners. So please be careful, take your time, and be prudent.

Runners with their adhesive tape removed. Notice all in one piece and still sticky/flexible. 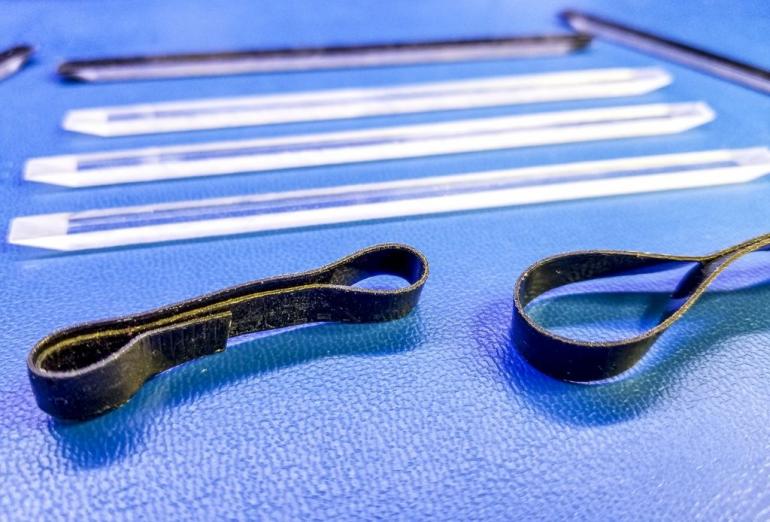 Here’s a board with the bottom right runner removed. The other four black runners are also present. The red arrow points to the missing area….. The method of removal is…..

Research on the adhesive tape replacements

Whether this is or isn’t an actual problem that you’re going to face depends on a large number of factors, not the least of which is the environmental conditions in which the modules that you’ve bought have lived in. It’s possible that there are manufacturing related problems, like flux residue being trapped underneath the adhesive tape. There is a bit of a risk and reward scenario here, and I’m sorry to say that I don’t have a concrete recommendation. I’ve searched a half dozen modules without any sign of corrosion. I DO think that once you’ve removed the sliders that you should replace them. I’ve had a couple close calls with removing/reinstalling modules. I also think that the 442KW should be used(current advice Dec 2019), albeit more sparingly in only less trace-dense areas.

I think it’s also useful to note that the later modules for the 169xx series used smaller sliders that are both shorter and thinner. This minimizes the PCB contact area, and so perhaps Agilent had learned something from previous years……

More to come. I would love your constructive feedback in the comment section below.