It finally happened! A few weeks ago, Toni Wilen, current maintainer (and all around extremely smart guy) of WinUAE, decided he wanted to add CyberStorm/Blizzard/CyberStormPPC/BlizzardPPC and WarpEngine RAM configurations to WinUAE (simulating RAM accessible on those boards).

It finally happened! A few weeks ago, Toni Wilen, current maintainer (and all around extremely smart guy) of WinUAE, decided he wanted to add CyberStorm/Blizzard/CyberStormPPC/BlizzardPPC and WarpEngine RAM configurations to WinUAE (simulating RAM accessible on those boards).

Well, word got out, and people started asking if he was going to add PowerPC Emulated CPU to those emulated PPC boards. He initially said no. He’s said for a very long time he doesn’t like PowerPC and wasn’t interested.

I don’t know about you, but we’ve had plenty of rain lately. This reminds me that autumn and winter is approaching fast. Due to this I’ve picked up three books I had stored in the basement. These are as follows:

Read more
I've been working on Assist 2.0 for a while now and the latest version of the knowledge base is slowly coming together. Some fairly major changes have happened to how the program works which make browsing the A-Z faster. There is also a new layout that shows key information about programs above the article and after a long absence screenshots have returned to the A-Z. Regular users might also notice a few other cosmetic changes in the screenshot below.
Read more

Yesterday, I got a tip from Grzegorz Kraszewski about how to change icons without losing your tooltypes. Tooltypes are information stored in ICON files, like if the program will start in fullscreen and things like that. Not all programs use them but plenty do. However, when you copy an icon over another the new icons tooltypes will be transfered, if it even has any. In other words, you will loose all the settings your or the program have made.

One function I miss in MorphOS is the ability to add icons for programs/files that lack them. Since MorphOS already can recognise what kind of action should go with what kind of program or file this feature should be not to difficult to add (I hope some of the developers see this and consider it).

But you can actually have the ability to add drawer icons. And this is how I’ve done it. 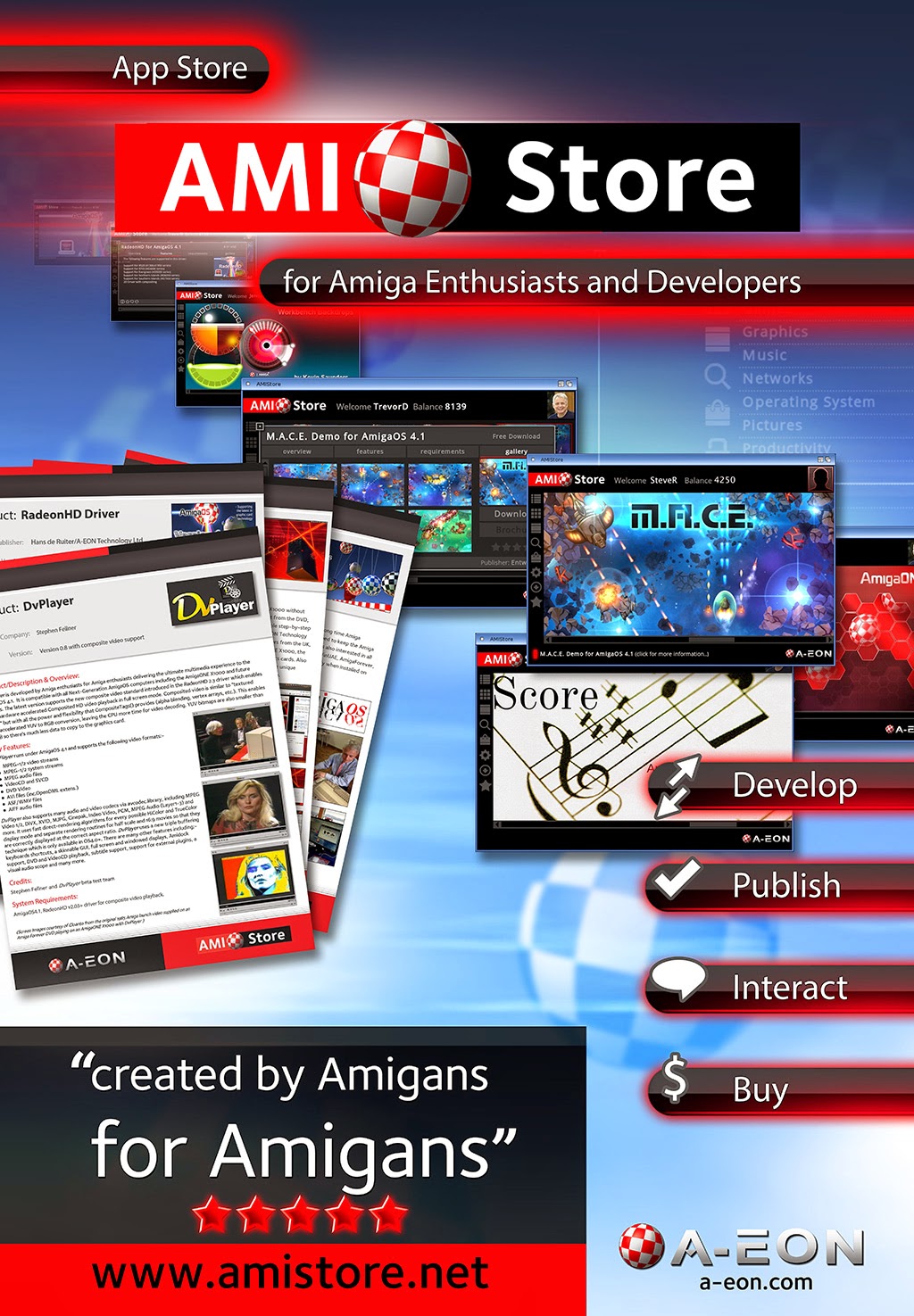 A new version of MorphOS, the next generation Amiga operating system, has been released today:

INSTALLING AN SSD ON MY POWERMAC G5

I have been looking for an SSD for my PowerMac G5 for a while now, and I finally got my hands one one. The problem is that the G5 uses SATA 1, and most SSD today are SATA 3 and only a few are backwards compatible all the way to SATA 1. The best solution is to look for a used SATA 2 disk that works with SATA 1. I asked around and got suggested to look for an Intel 320 series SSD. They are to 95% compatible with SATA 1.

Took a few photos of my Amiga 1200 in action this morning. Running the EXCELLENT adventure game from Lucasfilm Games, Maniac Mansion! I love most of the old point and click adventures, like Zak McKracken, Indiana Jones & The Last Crusade and so forth.

If you remember my post My MorphOS Systems, then you probably noted the almost Amiga-like keyboard that I have and doesn’t work. Well, as a matter of fact I have found a way to get that keyboard to work. It’s not a pretty solution, but it works.