The "Amiga Art Contest 2021" has begun! There has never been a shortage of creativity on the Amiga, and once again this year Amiga artists can submit their work to 10 Minute Amiga Retro Cast's art contest.

Pixel graphics, 3d rendered graphics, photo retouche, sound modules, animation - pretty much everything "creative" is accepted as long as at least the final result has been created on an Amiga computer.

I’ve had the pleasure to work with a lot of game developers over the years and the guys behind this new game CYBERSPHERE is no different really, GDG Entertainment is partly run by one of my best friends plus he is also one of the co-writers here on this very blog.  You might remember GDG […] 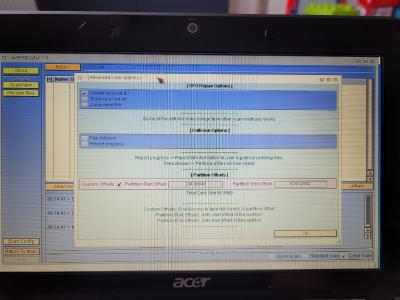 arSFSDoctor digging deeper than before to find files from any partition not just AROS only..
Read more

It's that time again and if you are an Amiga Artist or Musician, please consider entering the competition that's growing every year.  Best of luck.

As always: good news on the Amiga gaming front, lots of stuff going on. A refreshing, very cool looking, almost-3D soccer game, an arcade driving game, a new clone of a very notorious modern classic, a point-and-click adventure, and the release of a new shoot-em-up.

[The game itself plays like a dream. It’s not just “shoot ’em up”: there are many intriguing puzzles to solve and objects to discover. Even if you complete the game, there will always be something you’ve missed and no two games will ever be exactly the same. Over a years’ work has gone into developing […]

Again a good round of really nice stuff this time - an arcade remake, updates to OCS/ECS first person shooter "Citadel", some sort of "re-release" on AmiNet, a modern lightgun game ahead of it's time, and a little bonus for fans of platformers.

Yet another remake of an arcade classic, and yet another game built using the Scorpion engine. In Feb. 2021, an early alpha version of "Pitfall II" for Amiga was released to the public!

If you want to sponsor our show or be an exhibitor, please contact us.

MorphOS to be presented by a non-dev team member onsite at AmiWest 2021!

Doug Compton will be in Sacramento to exhibit

Another quality Amiga release from the team behind Rygar and Bomb Jack Beer Edition has “just” been made available for purchase in both Digital and Physical form at their website. Both of the former remakes were from Tecmo but this time around it is an Atari game and quite possibly one of the best Single […]

Finding out today is especially sad as just yesterday the latest release of AmigaOS3 for classic Amigas was made available to customers, and in Germany this week a lot of restrictions introduced to fight the Corona virus have been lifted.

There wasn't too much noise surrounding the follow-up to AmigaOS3.1.4, but the patience has paid off, and now they're breaking the silence: It's been less than 24 hours since the completion and release of AmigaOS 3.2 has been announced via facebook, and Hyperion's website!

Great news for AmigaOS users: The next updated version of official classic AmigaOS has been released. Here's a quick rundown of some of the changes and new features: