The Games We Never Talk About (But Should) (TGWNTABS) is back again and this time we will talk about a rather new title (by Amiga standards), it came out back in 2000/2001 and it sort of never got the attention it deserved thanks to a very dwindling Amiga community. Land Of Genesis was developed by […]

Today I wanted to take a look at the recently released game called Skill Grid by Retream, available for Classic Amiga AGA systems.

Of late I have been doing lots of projects on my Classic Amiga systems, with various degrees of success!

Today I wanted to take a look at an upcoming AmigaOS 4 game from Retream called Blastaway.

Who doesn’t remember the gold Tutankhamen picture when associated with the Amiga? 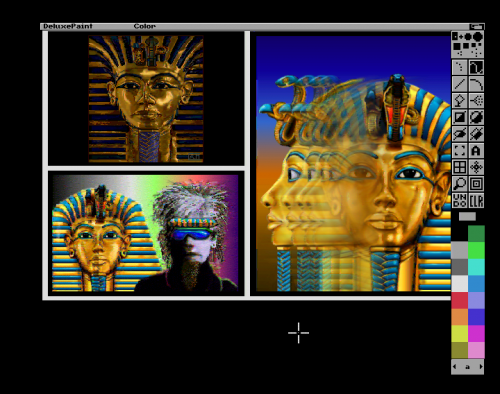 Well, this may not be news to some but I only just found out. The source code is in the wild.

While I intend to write about the duplicate board that is popping up in Amibay and Ebay soon, I did see this one and thought it was worthy of inclusion.

The Amiga 1200plus board, is multiple boards that fit together, providing various functionality depending on the module, and can be dropped into a real A1200 case (like the recent remakes of cases or originals):

Back in 2015 I covered a script written by MickJT to allow AmigaOS 4.1 users to stream local Australian TV channel ABC iView programming.

In May 2015 the ABC changed the method to stream iView dropping PS3 support which broke the script, as I reported back then.

Now, in 2019, thanks again to MickJT, we have a new script and ABC iView streaming works again, now using my AmigaOne X5000!

Please support my Patreon if you can.

Enjoy watching the Longplay of our ReshootR game :)

The best part of retrocomputing, if you are really into it with an “academic” attitude and not just out of nostalgia, is studying in depth what happened back in the ’80ies based on the stories of who made it happen. I sure was there, but I was just a kid and little I knew of […]

"The Story of Commodore's second cult-computer": German printed magazine "retro GAMER" shows its love for the Amiga by releasing a special issue.