Just before I install my repaired A4000 mobo by Cosmos, I thought...
"Why don't you put an internal Audio cable so you could insert it into ESS-Solo-1's input?"
I thought that in the past, but there was no way I would dismantle the whole Amiga to do such a mod :)

Now I had the opportunity :D

So, I got some nice cable and soldered it underneath the mobo to the RCA connectors 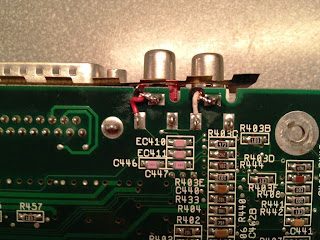 I really like the small cut that existed by default on the mobo! It gave me the necessary space I needed for the audio cables to pass underneath.

After installing everything and putting Grex and the cards... I had to install the internal audio cables! 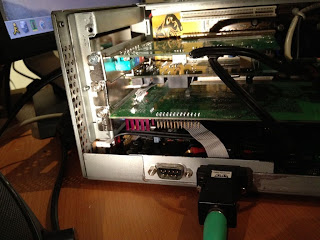 You can see the new audio cable coming from the back of the default RCA headers (on the bottom left) and going on one connector on ESS-Solo-1/
Also you can see the CD Audio cable that I had made in the past (you can see previous article about it) as well mounted in ESS-Solo-1.

One more panoramic photo bellow where you can see everything mounted . 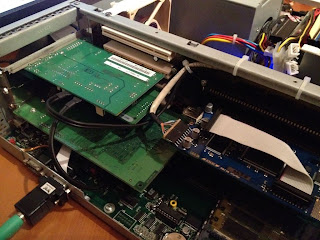