This is my Amiga, part 3

A few folks have asked how I got dropbox on my Amiga. The route was a bit circuitous but worked out well in the end.  This allows me to directly access those files on Dropbox from all my Amiga apps.  This method uses a Windows (or MAC) system, a Linux system ($35 for a raspberry PI would do well) with samba setup, and you're best system, an Amiga.

Boom!  Dropbox on your Amiga!

Getting down to business:

2) From your Linux system mount that PC share.  We use linux since the Amiga smbfs does not support smb3 shares from Windows while the Linux system does.  If you're new to Linux you can use something similar to this to mount your share:

3) Now, you'll want to share /dropbox to your network so your Amiga can mount it: 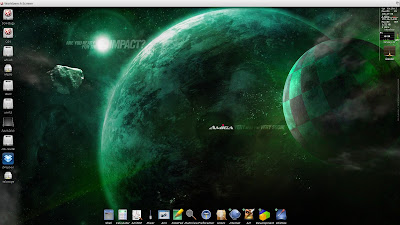