New Blog and I bought a second hand Amiga 600! 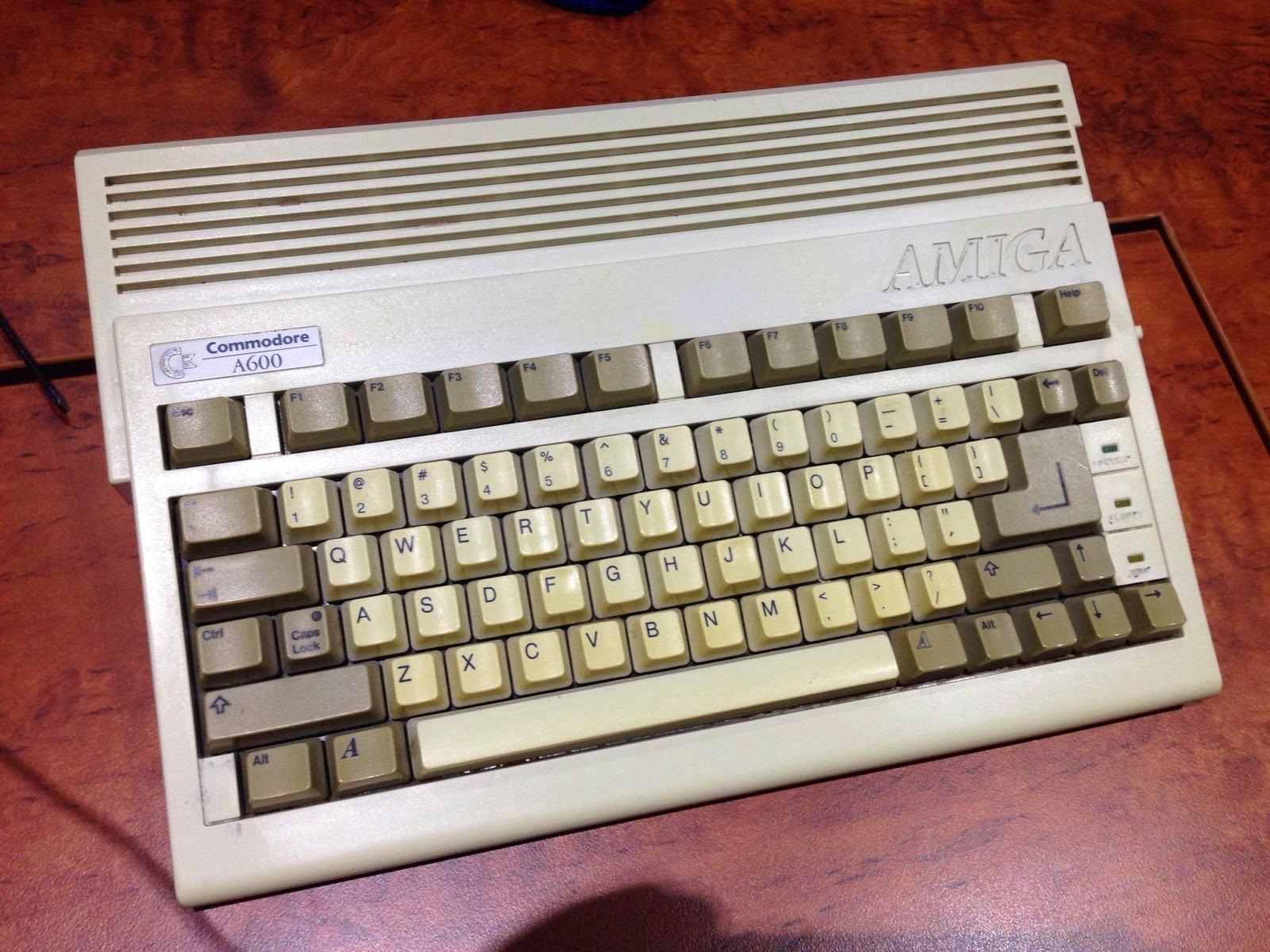 First off, I will look to cover a new project I have decided to undertake, to create an upgraded Amiga 600.

I have just purchased this Amiga 600 above, second hand from Ebay. I haven't received it yet, but it has been shipped and I am looking forward to getting it soon. I have included some photos of the Amiga 600 that were originally on the Ebay listing to keep me going until it arrives!

These days I generally focus more on Next Generation Amiga systems like AmigaOS4 and MorphOS. I particularly spend a lot of time playing around with the currently available AmigaOne X1000 system running the latest AmigaOS4.1.6. Indeed, I have another active blog dedicated to it here if you want to read about the latest AmigaOne X1000 developments.

As this project is related to Classic Amiga's, and specifically the Amiga 600, I thought it best for it to now have a seperate, dedicated Classic Amiga blog.

About me - I have been a Classic Amiga user since 1988. I set up and participated as a musician and demo designer for Australian demoscene group "The Experience", releasing a number of AGA demos in the late 1990's for the Amiga 1200 with 030 accelerator.

I have owned (at one stage or another) most of the Classic Amigas released by Commodore, including:

I also have a Minimig  FPGA computer running Amiga core firmware, which provides a modern hardware reimplementation of the Amiga 500. (not software emulated)

The Amiga 600 was probably the most unpopular Amiga released by Commodore in the early 1990's, to replace the very popular Amiga 500 for home users. Primarily this unpopular status was because it was no faster than the computer it replaced, it was more expensive, and used a cut down keyboard which was an issue for some keys that needed the keypad. It even used a different expansion slot that was incompatible with Amiga 500 expansions. Some more information about the Amiga 600 is on Wikipedia here if you want to read up some more about it.

It was quickly replaced in 1993 by the significantly upgraded and much faster Amiga 1200, which was much more popular. Unfortunately not popular enough to save Commodore from bankruptcy...

However, I still quite like the Amiga 600, over 20 years later! It is much lighter and smaller than an Amiga 500 or Amiga 1200, uses Surface Mounted technology on the motherboard to keep the system and failure rate as small as possible (for the time). It has a PCMCIA slot on the left side, supports 2.5" IDE hard disks internally, 3.5" floppy drive on the right side, and has AV and RF out to connect to a TV.

From the photo above it clearly has some yellowing on the keys that will need Retr0bright to fix. Never used the stuff before, but once I get things the way I want them to be, I may well use it!

I should say that I have upgraded Amiga 600's before, and I have a number of parts ready to install on it - Indivision A630 Accelerator, Indivision A604n Memory expansion with clockports, Indivision ECS Scan doubler, Subway USB controller, HxC Floppy SD Floppy drive emulator, CF Card with adapter , Kickstart 1.3/3.1 switcher, AmigaOS3.1/3.9 (haven't decided which OS yet) and more.

My original inspiration for this project is the work done by Michael Gibs upgrading his Amiga 600, including using a HxC floppy emulator on YouTube:

I was also inspired by the work done by Christian Krenner on his amiga 600 upgrade here.

I hope you will enjoy following the work I do via this blog as I hopefully get this computer successfully upgraded!

The Ebay seller did mention the drive casing on the right needs some attention. The picture the seller took below shows this reasonably well. 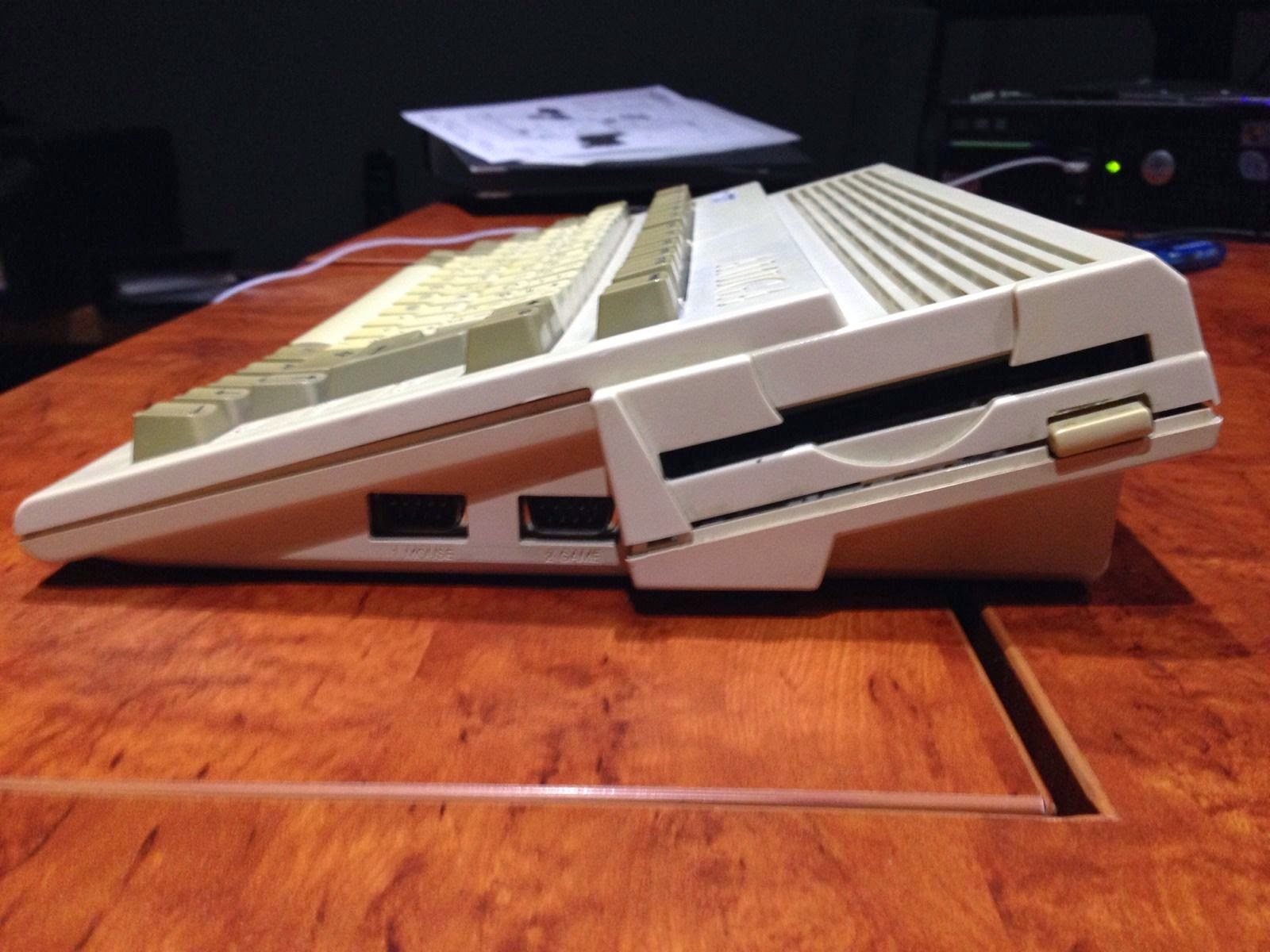 Having a bit of experience playing with Amiga 600 cases, I believe that the case clip on that side has been snapped off internally. It is very easy to do when removing the case, which says to me that someone has already done some work inside this Amiga in the past. You can see the floppy drive, mouse port and joystick port in the shot above. 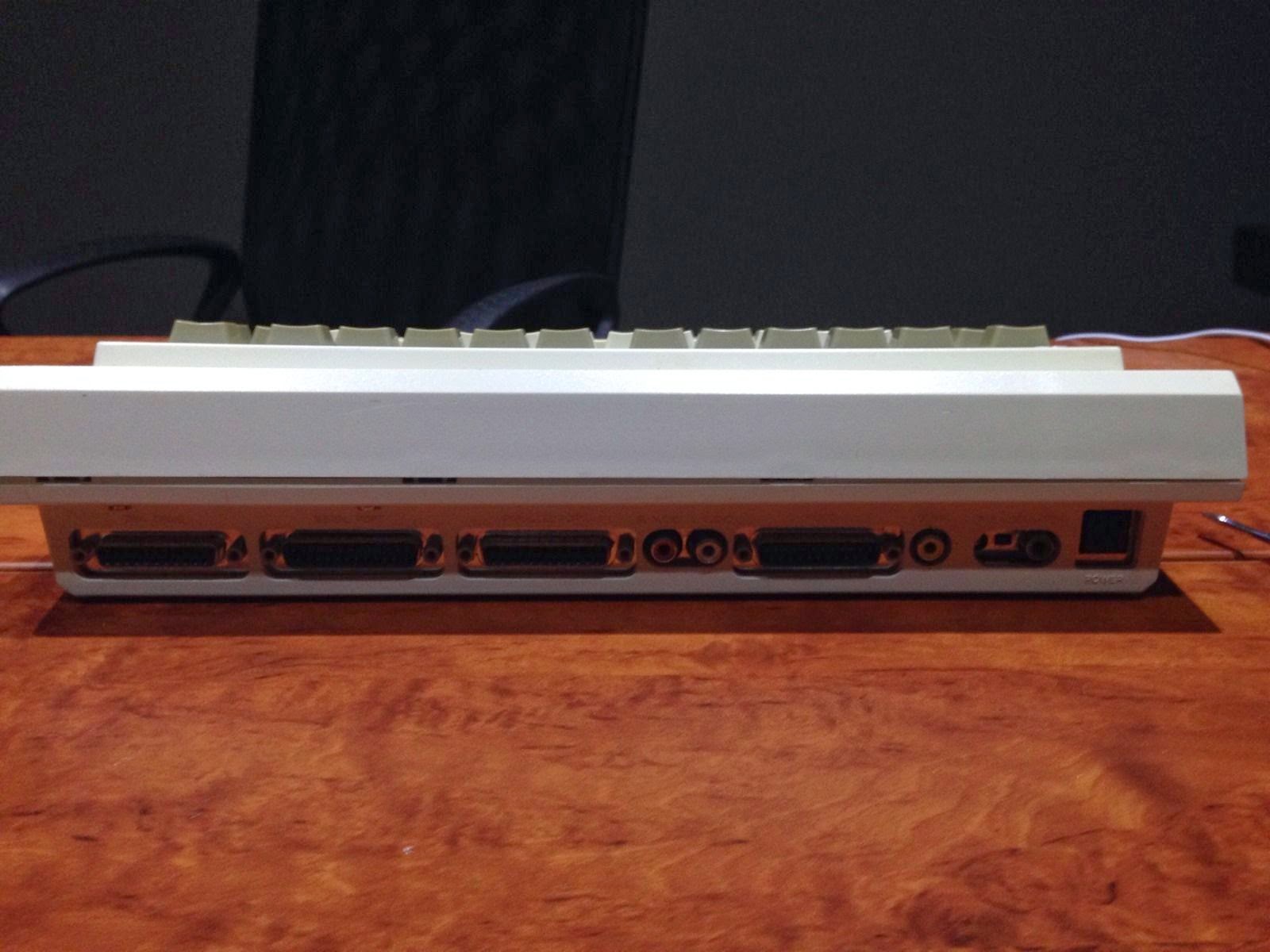 The Amiga 600 rear view above shows the Serial, Parallel, Disk drive ports from the left hand side, than the RCA Audio ports, RGB video port, AV out port, RF out port and Power connector port.

The Amiga 600 normally uses a very small external power supply which will not be enough to power the upgrades I will put into inside it during this project. I have previously bought a beefier power supply from AmigaKit to support the expected additional power requirements. 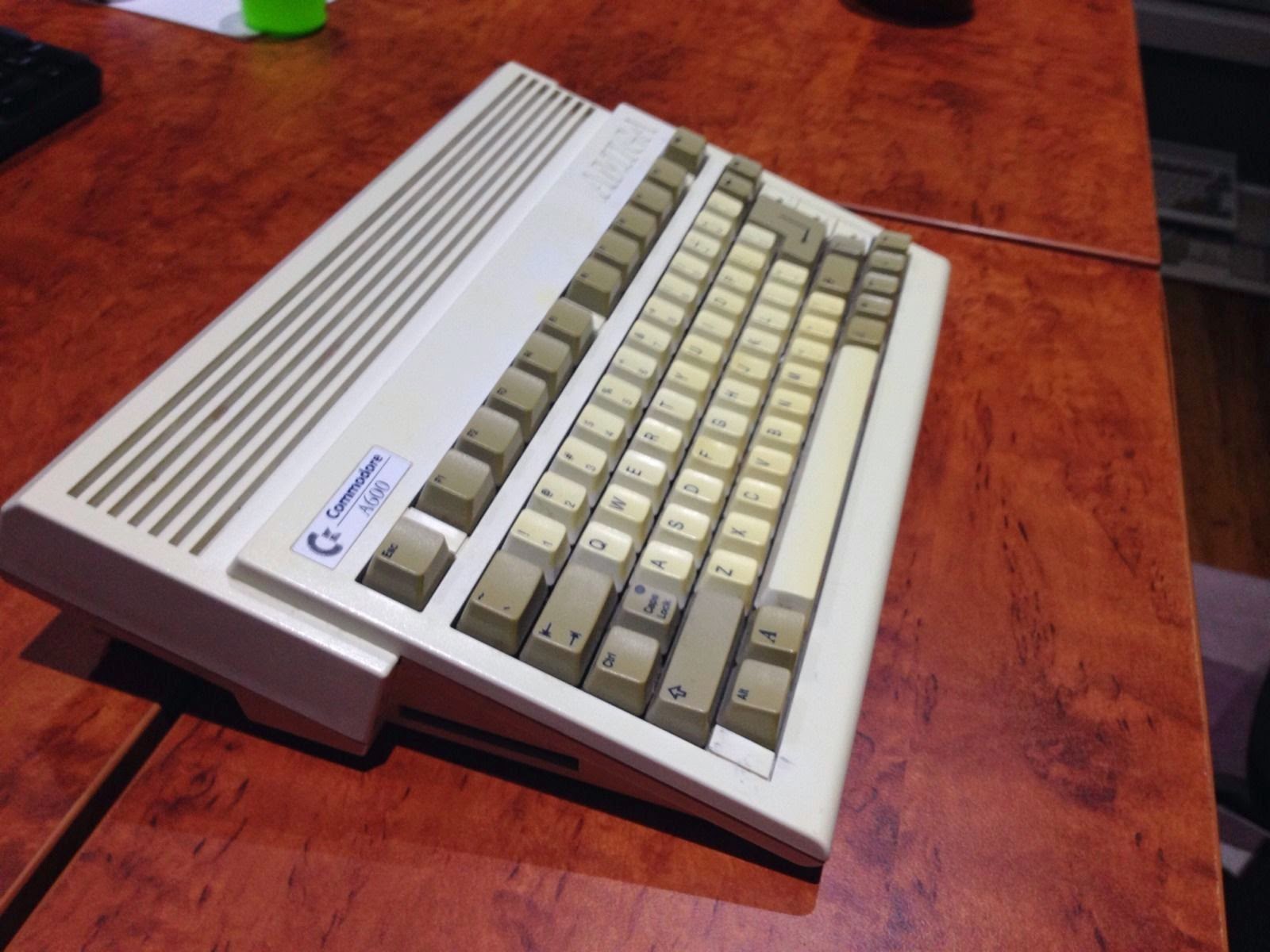 Overall it looks in fair condition - I expect to have to clean out the inside of the case and scrub everything when I get it.

The last Amiga 600 I had purchased second hand was full of cat hairs inside! I was amazed it worked at all! It took me a very long time to clean that out, and I did upgrade the Amiga 600 successfully, but ultimately that Amiga 600 failed - most likely the capacitors which I cannot repair or replace (I lack the skills needed to de-solder and re-solder).

So I then removed all the useful parts, threw it in the bin (I wish now I kept the keyboard which was perfect white) and waited for another Amiga 600 to come along - and that day of arrival should be very soon! Exciting times!