Tales of Gorluth on Amiga 600

Today I wanted to take a look at the recently released Classic Amiga game Tales of Gorluth on my Amiga 600. 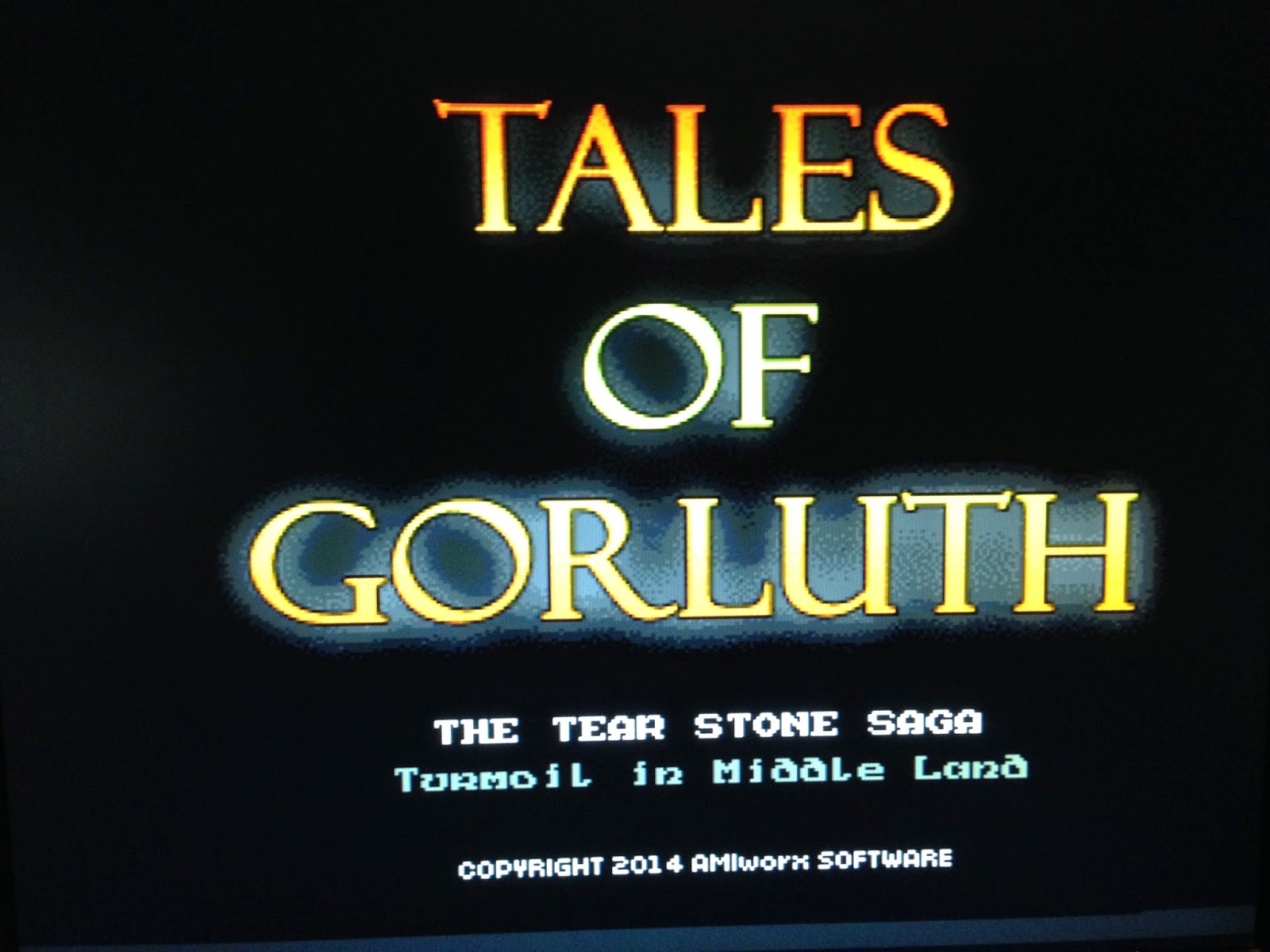 The game was written by Amiworx Software, available in German and English language versions on the CD.  You can buy it for GBP11.80 from AmigaKit here.

I promptly received my game in the mail from AmigaKit - The CD itself and packaging looks very nice: 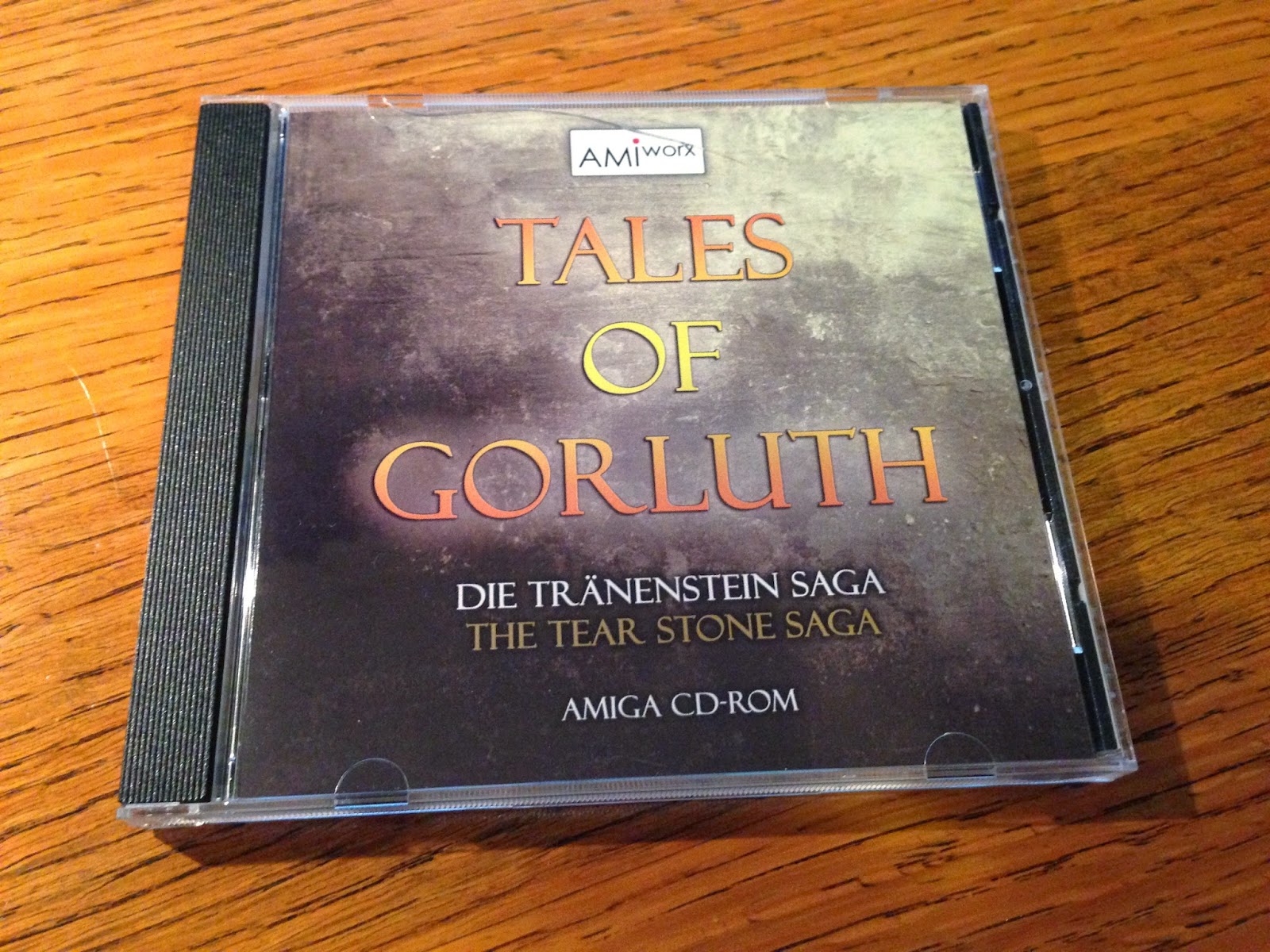 Back of the CD cover: 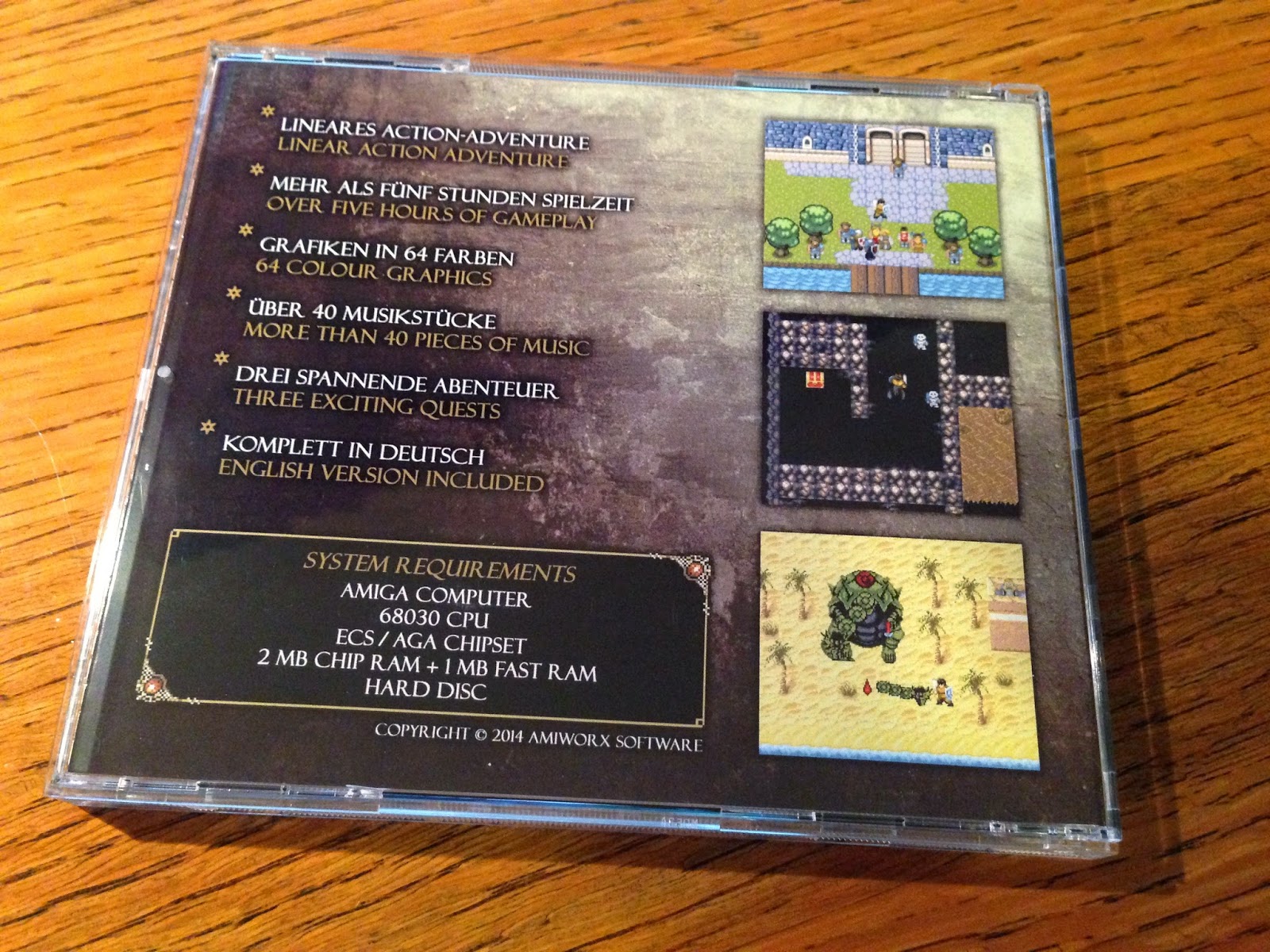 Inside CD case - so nice to have nice professional presentation: 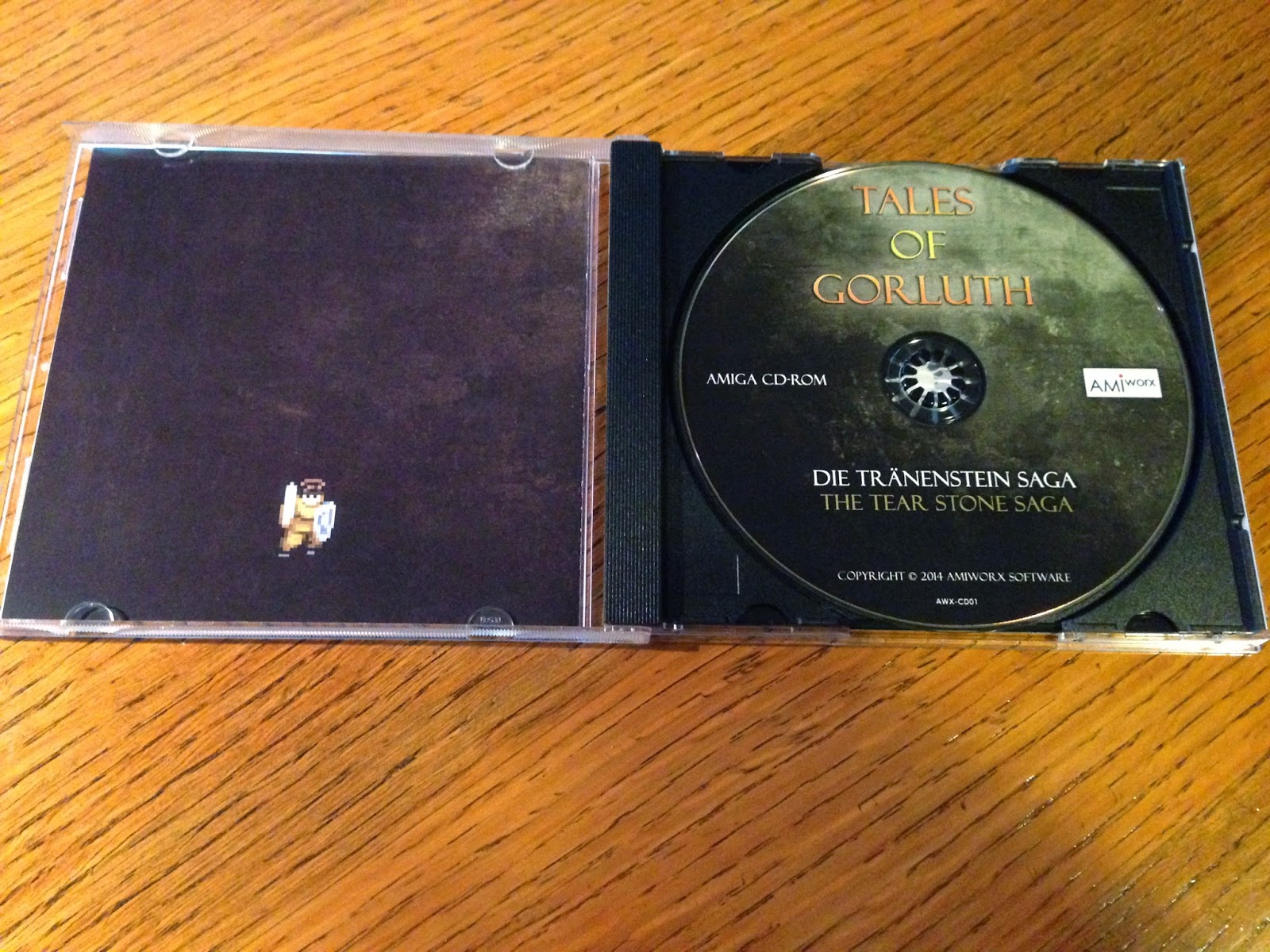 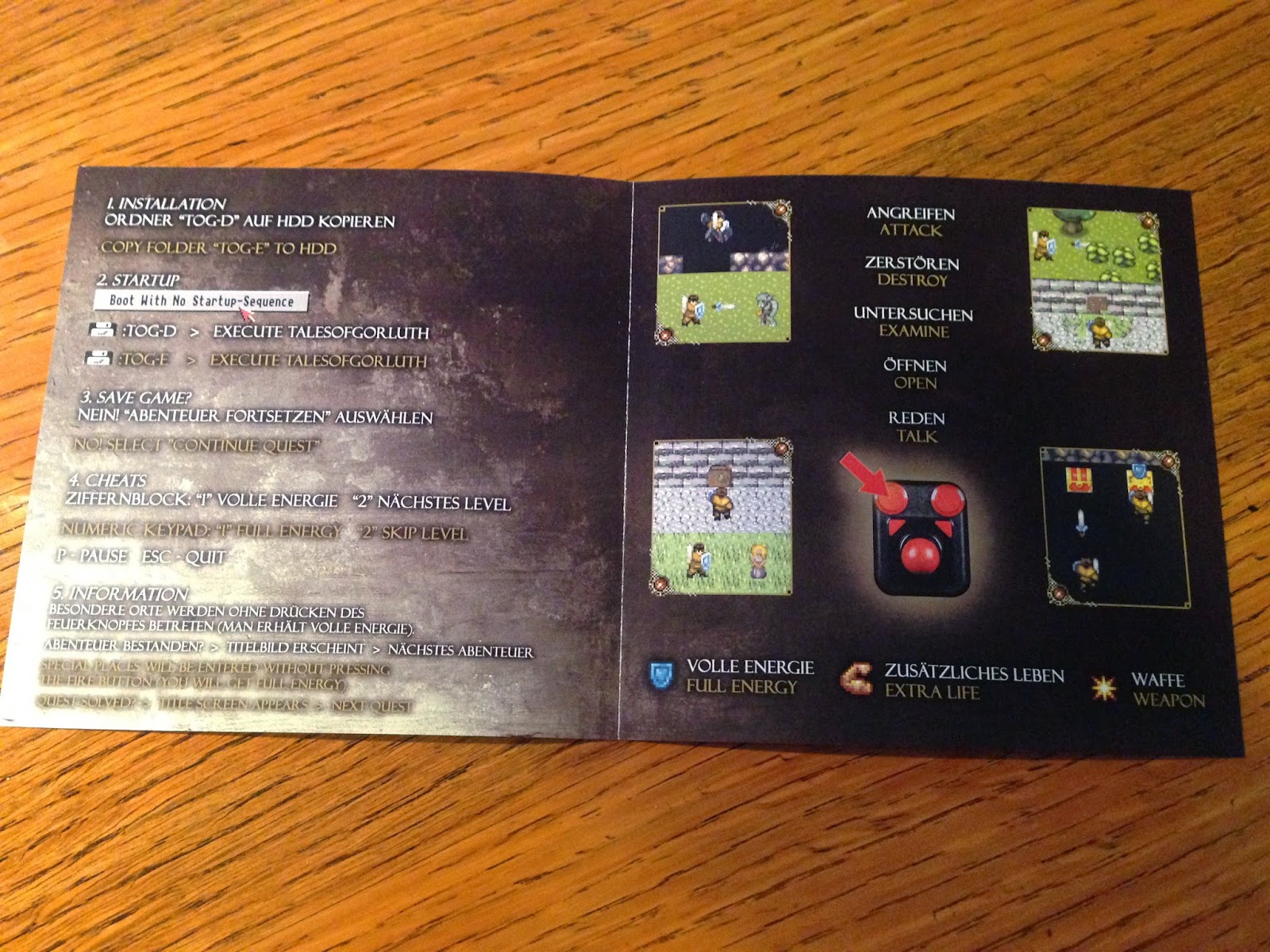 The installation process is not very straightforward, and does not follow the instructions included in the cd insert above.  I found I had to muck around with it a bit to get it working.

In my case, I found I needed to first (as per the instructions) copy across the TOG_E folder from the CD to your Hard disk as described (see below for the CD contents): 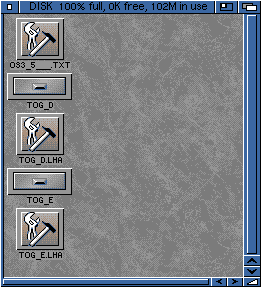 Having done this you end up with this folder on your hard disk: 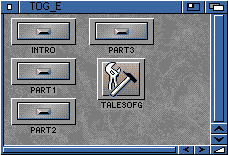 You then need to rename the TOG_E folder on your hard disk as TOG-E, and then extract the tog_e.lha file included on the CD over the top of this hard disk folder to get all the files.

You then get the talesofgorluth script that can be executed from a Shell. Note that this program does not work from Workbench, and needs you to boot with no startup-sequence, cd to the folder, and then run execute talesofgorluth to run it.

There is also known issues apparently running it under AmigaOS3.5 or AmigaOS3.9, although I have not tested this, as my Amiga 600 is running AmigaOS3.1.

Seriously - the installation process and instructions need some improving. A single lha file to extract to hard disk with all files in it would have been better than this messy method.

Anyway, once installed, I then ran the game - it prompts to see the Introduction or Start Quest: 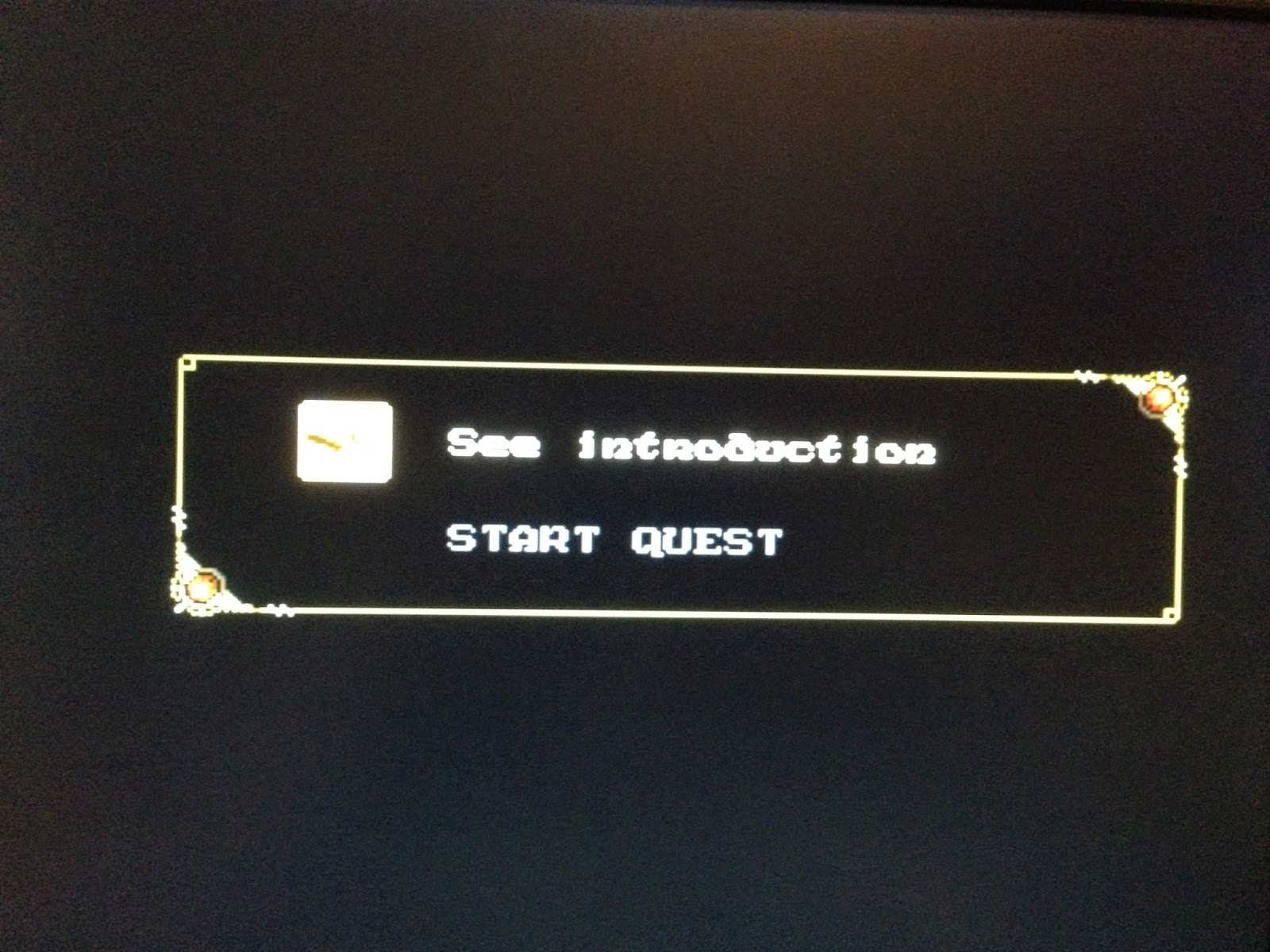 Of course I wanted to get straight into the game, so I start the Quest and we are into Part 1: 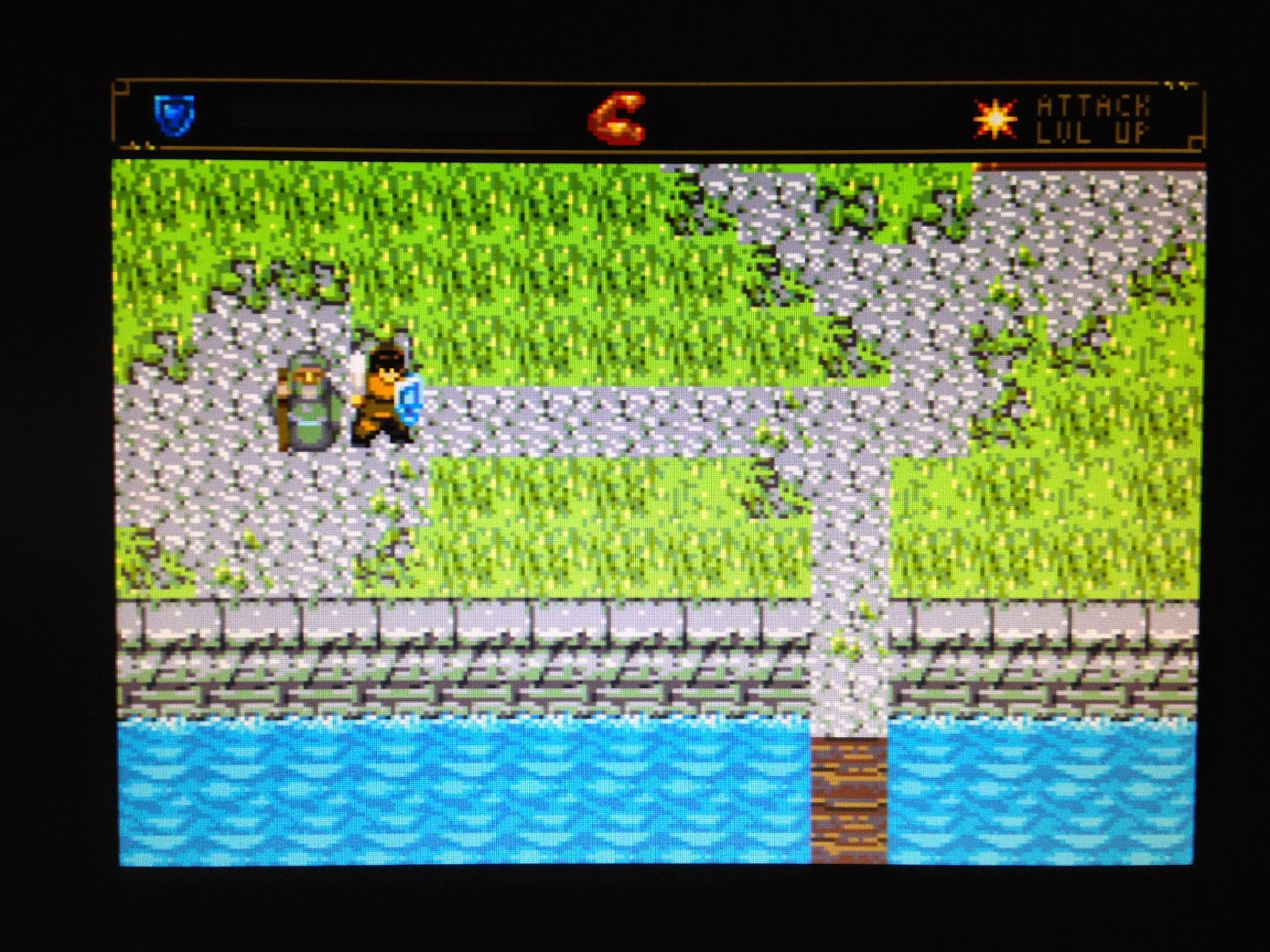 You control the game with a joystick, and press fire when next to a person to chat to them, bringing up a dialog box revealing more of the quest: 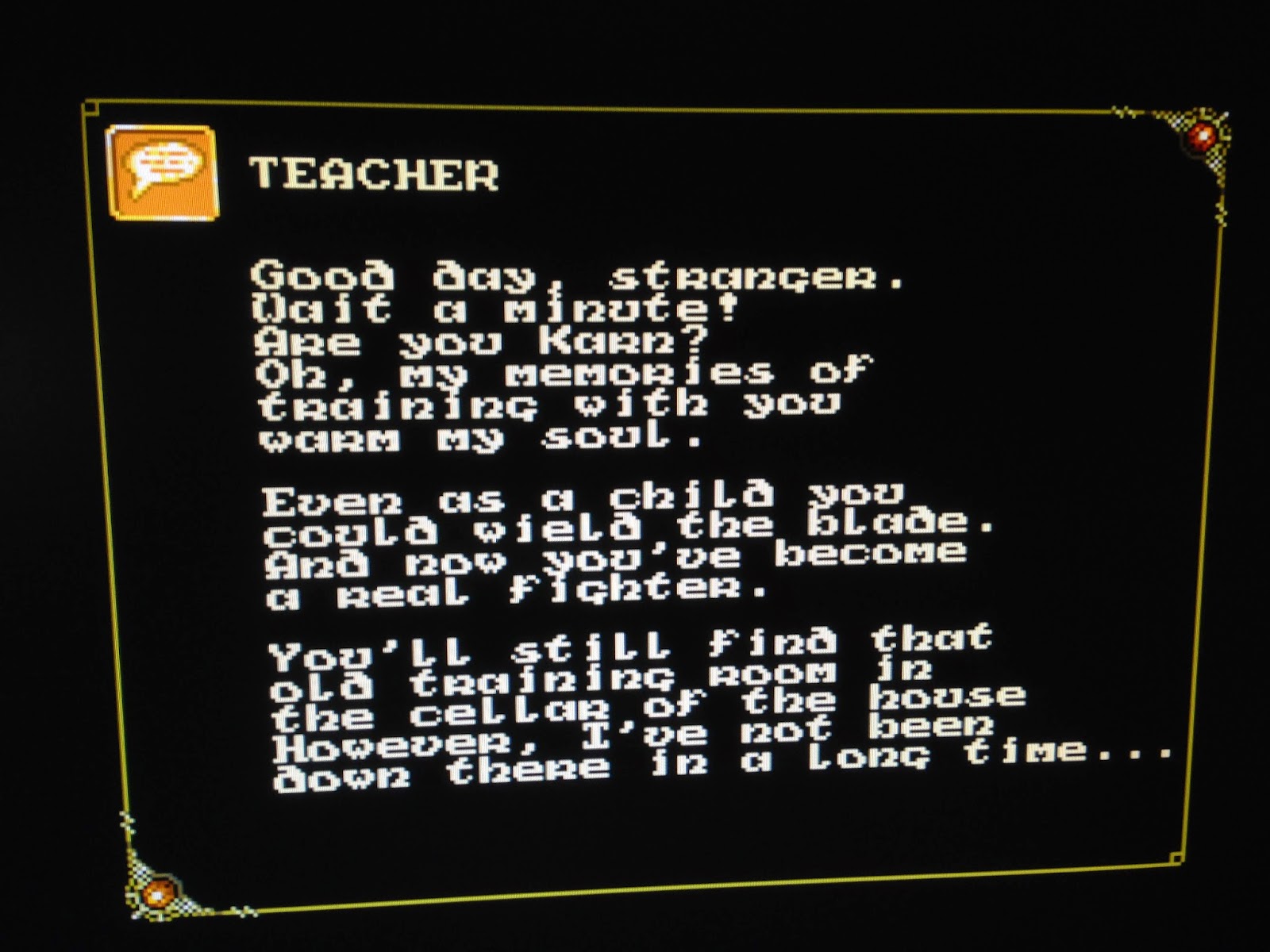 Exploring the map you can enter houses by pressing fire when positioned near the door, which then switches to an internal view of the house: 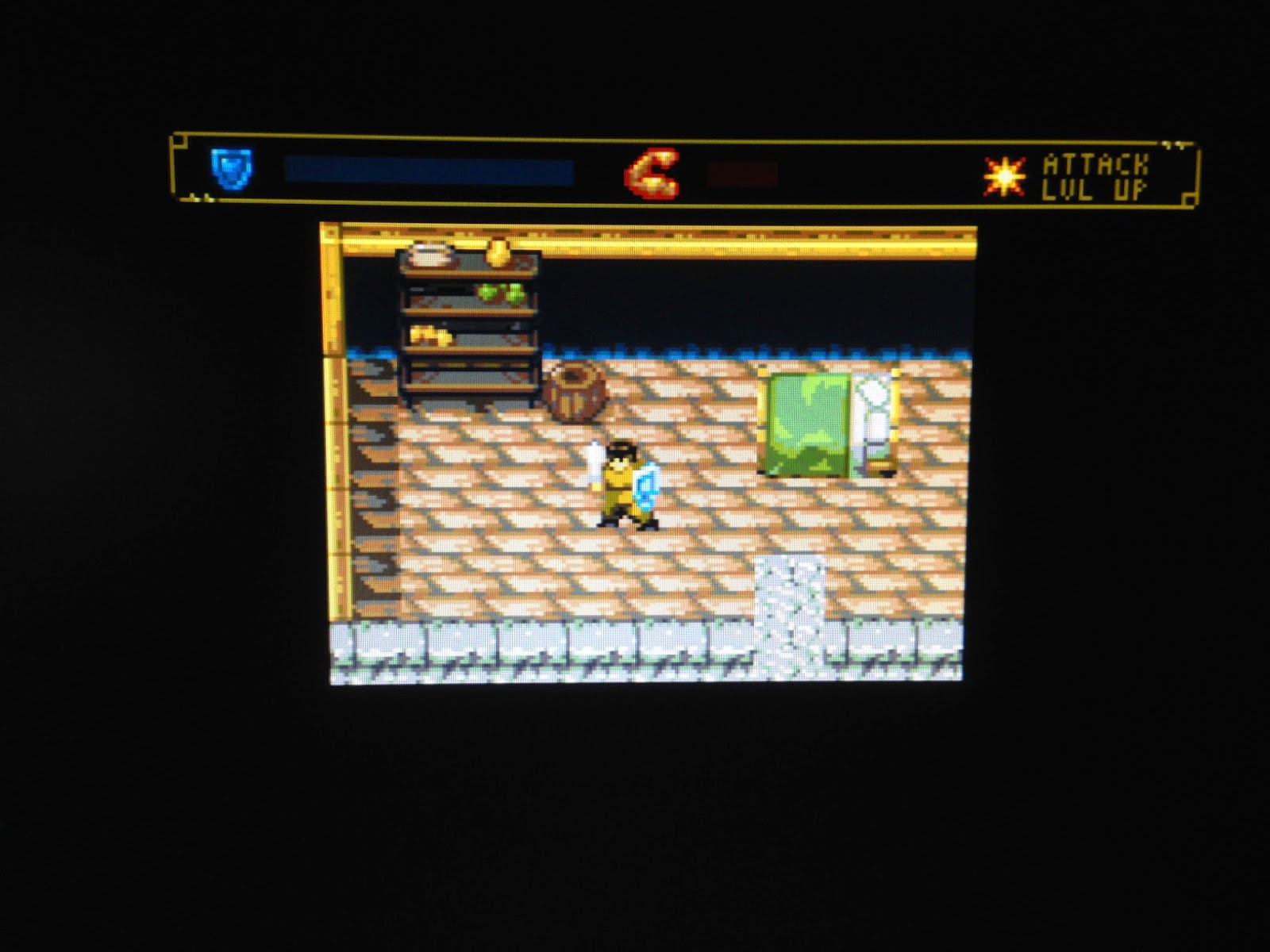 Even as you enplane the map you find enemies to kill, prior to entering the crypt referred to by several people you chat to as the start. Press fire to shoot the enemies - i found that often the enemy would sit on top of my position draining my health - you need to shoot them before they get that close: 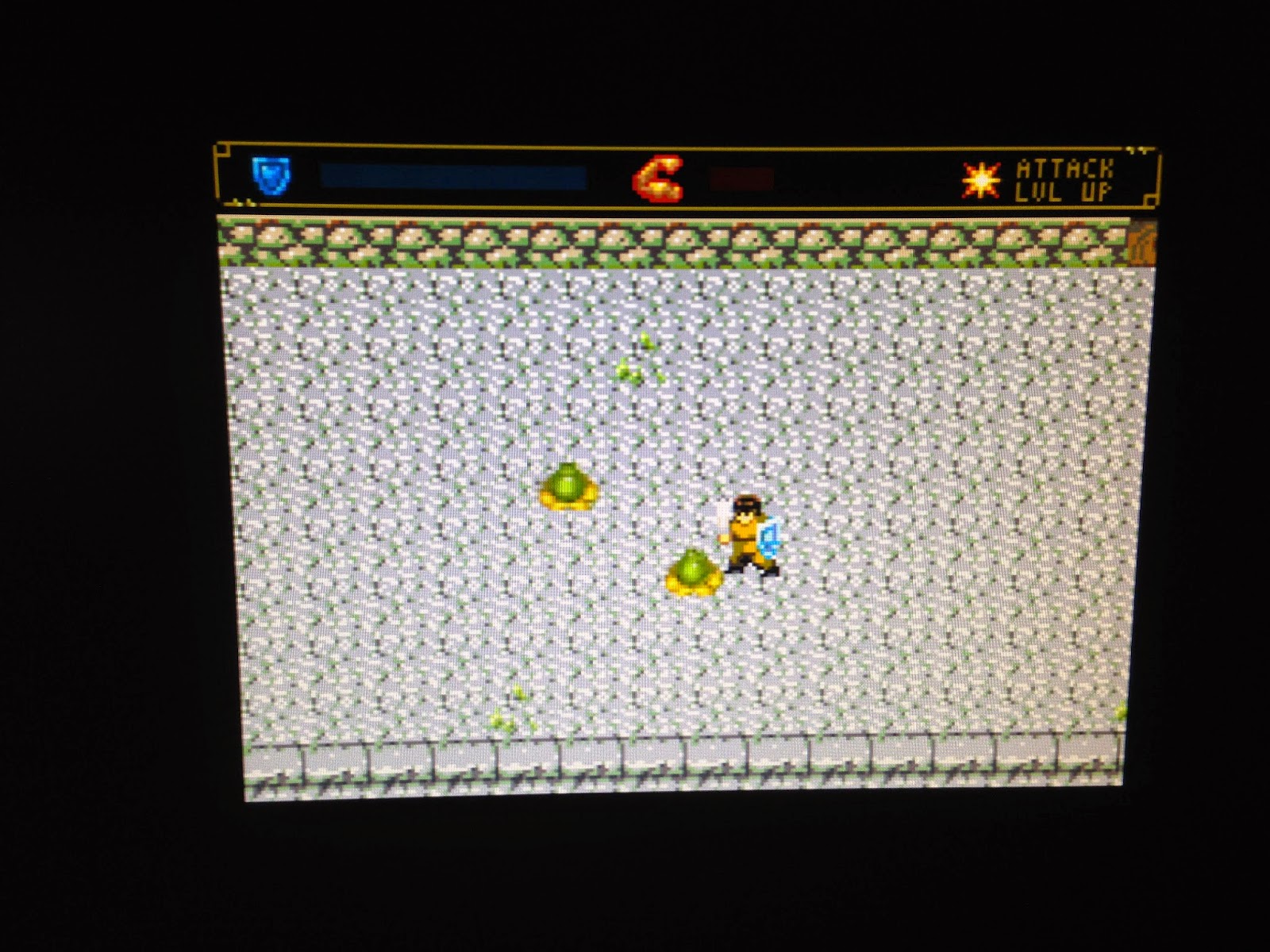 Clearly someone spent a bit of time making this game look nice: 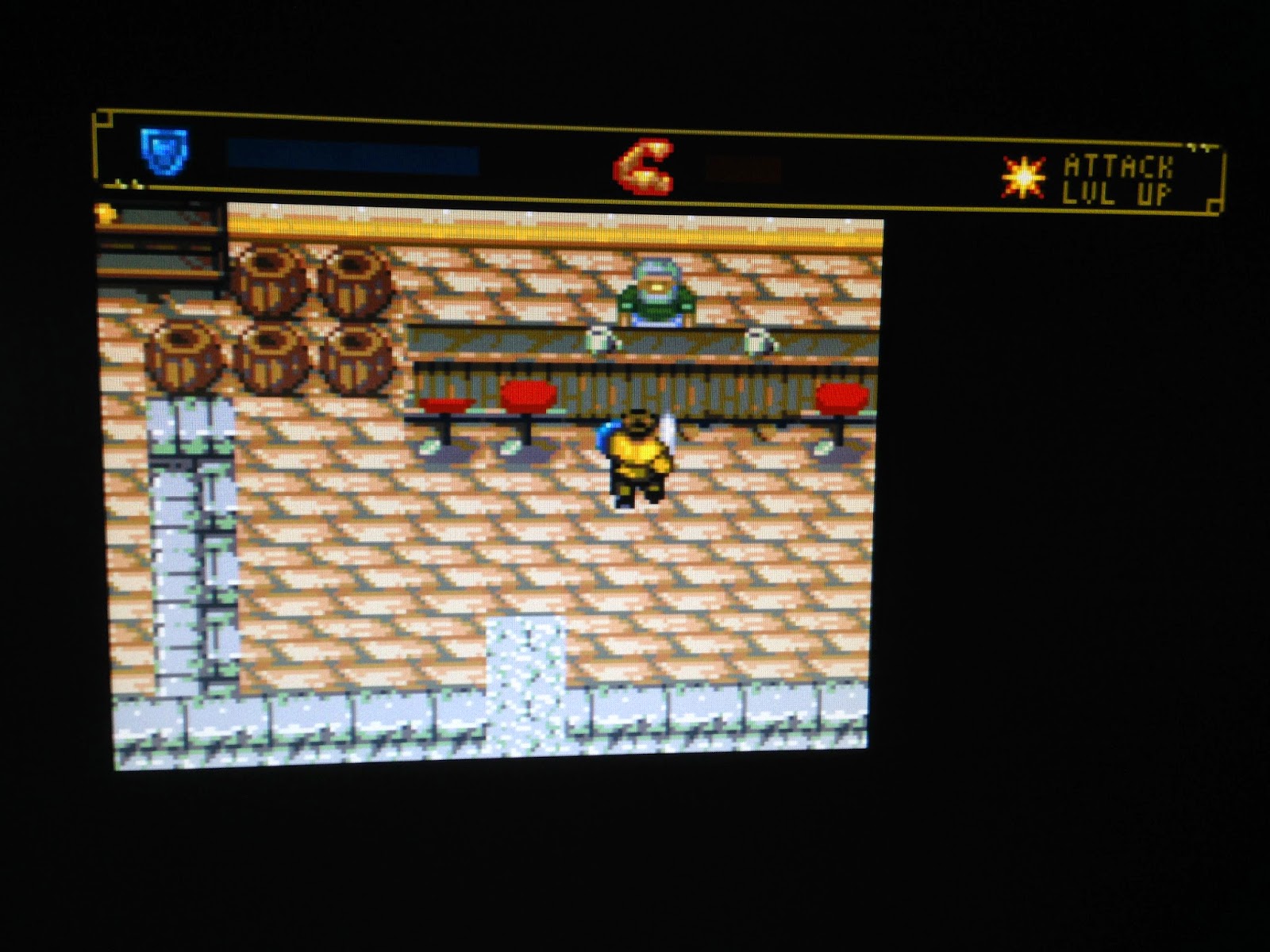 In the pub I talked to Galek: 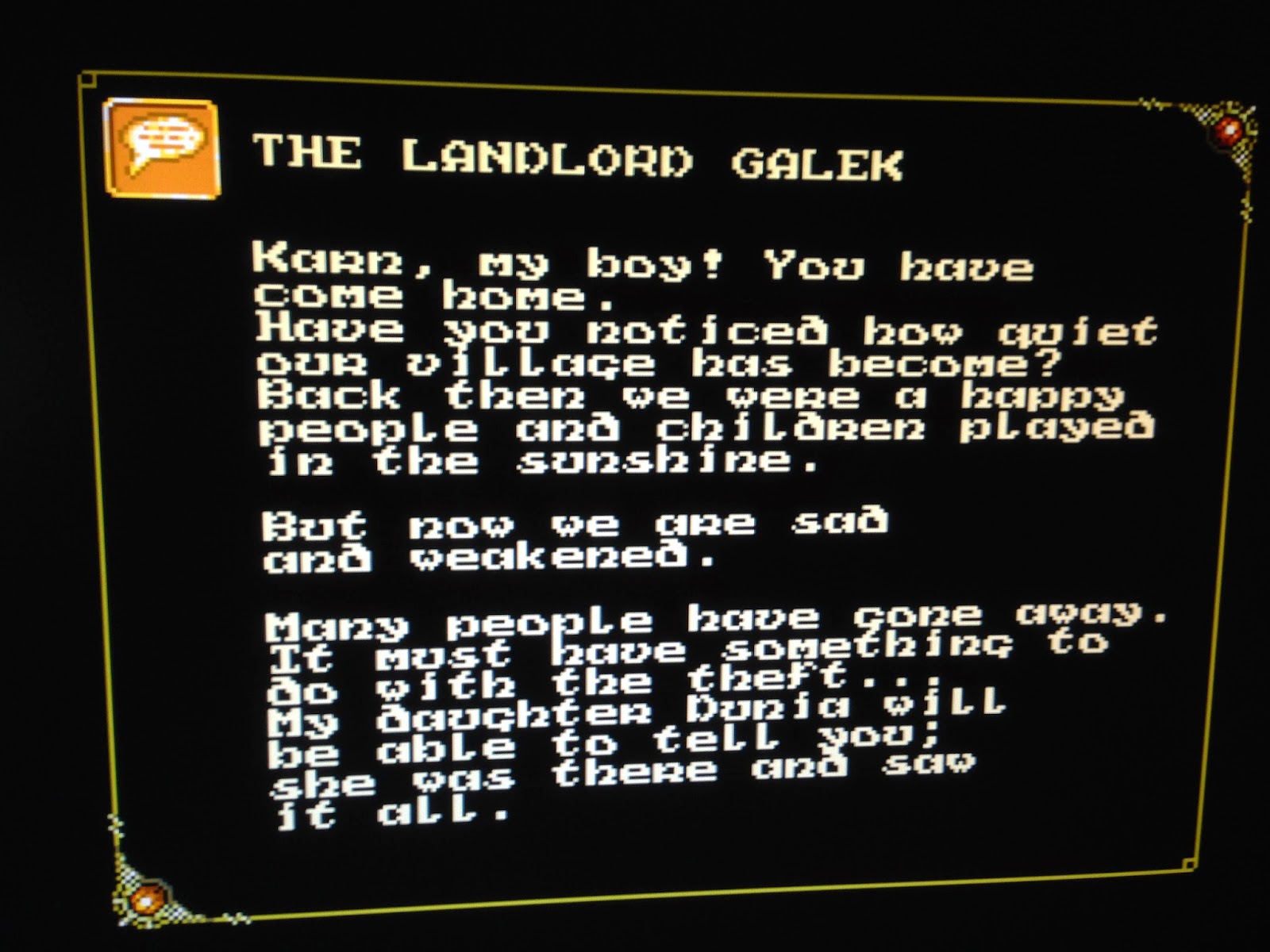 Apparently all is not well in my home village, and I need to find his daughter who will explain what happened and why so many people have left. I eventually found his daughter: 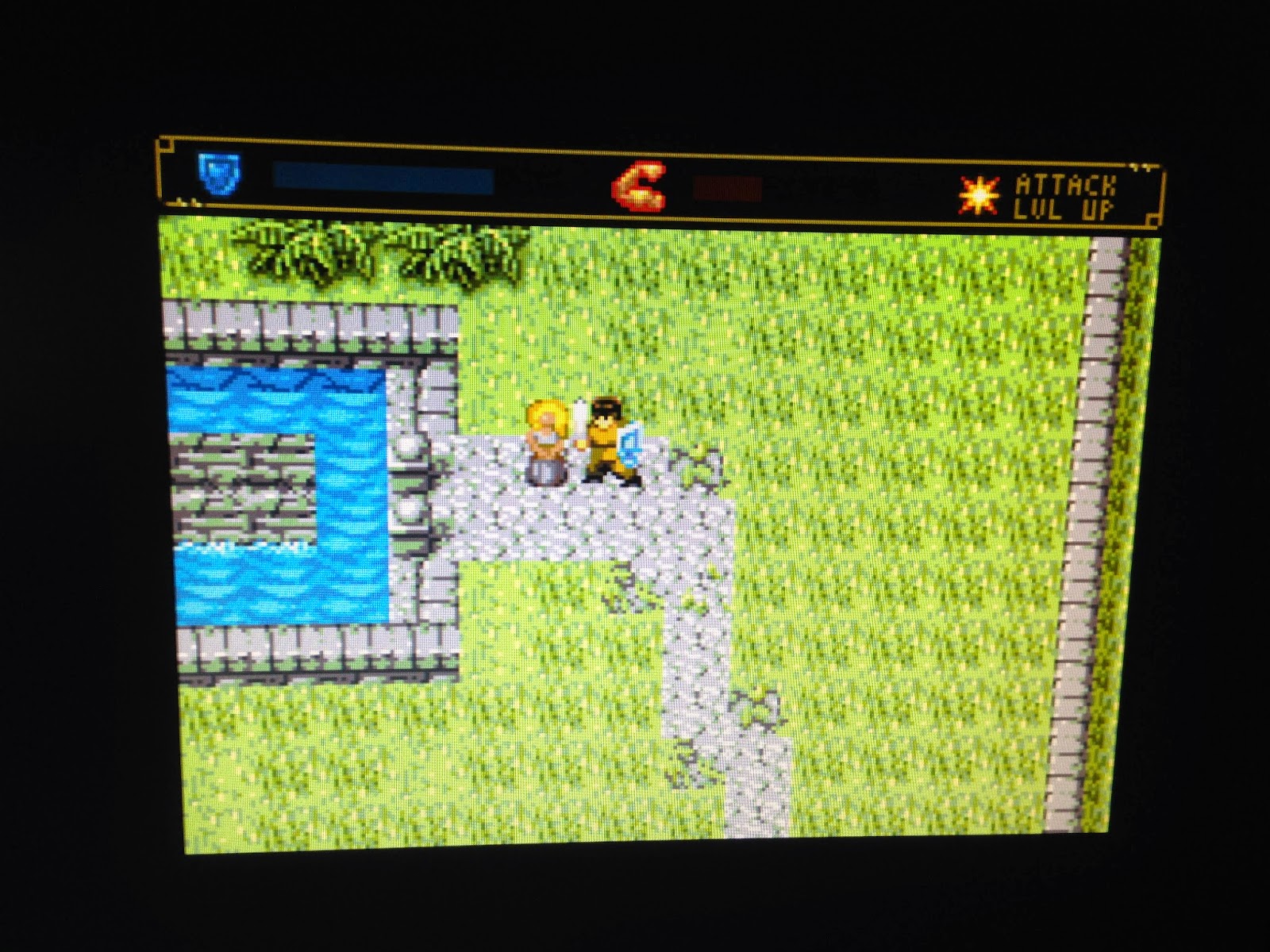 Dunia gives a long dialogue explaining what happened, that the statue at this location has been stolen, the crypt is not safe and I need to find and bring back the statue: 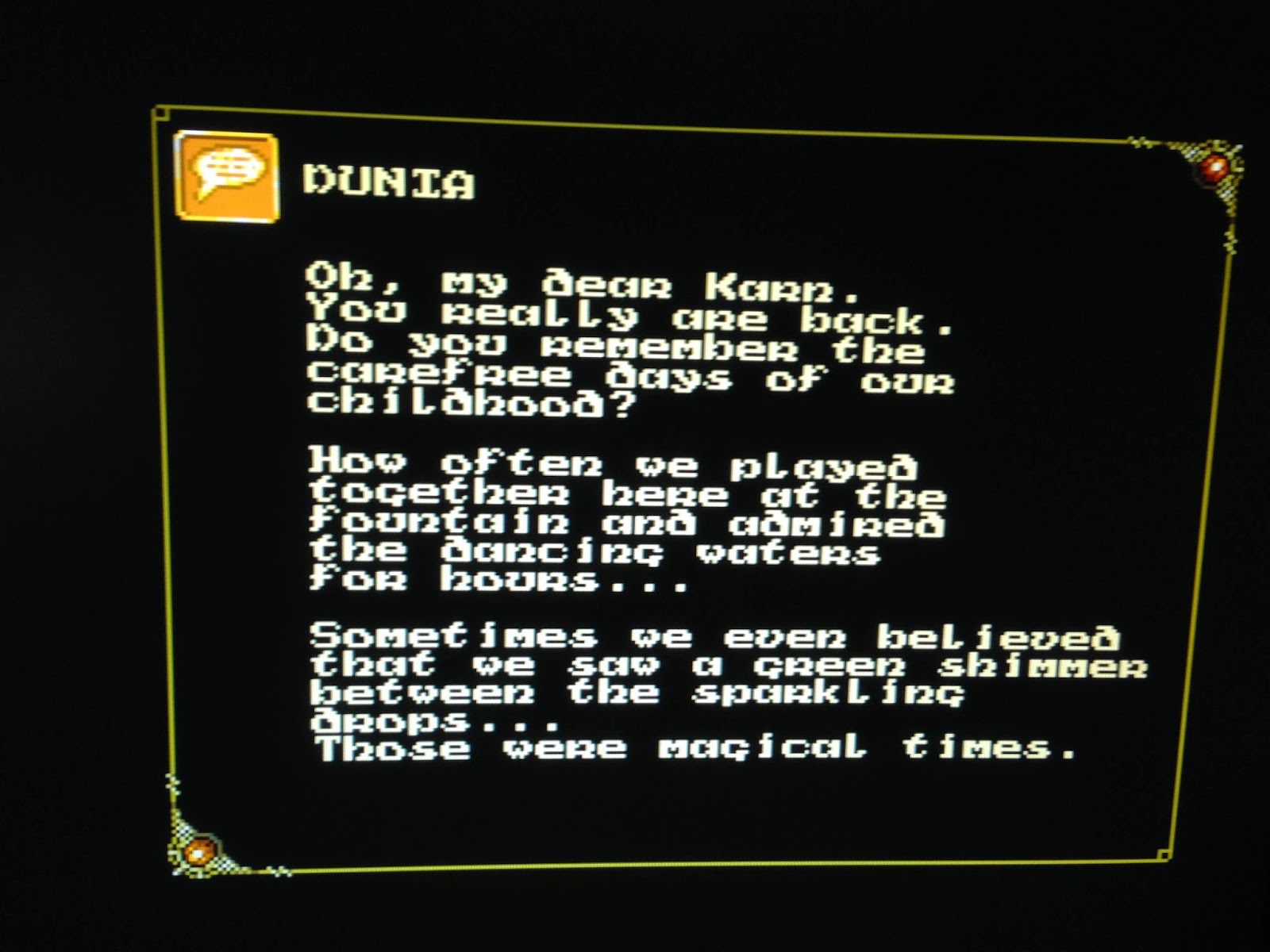 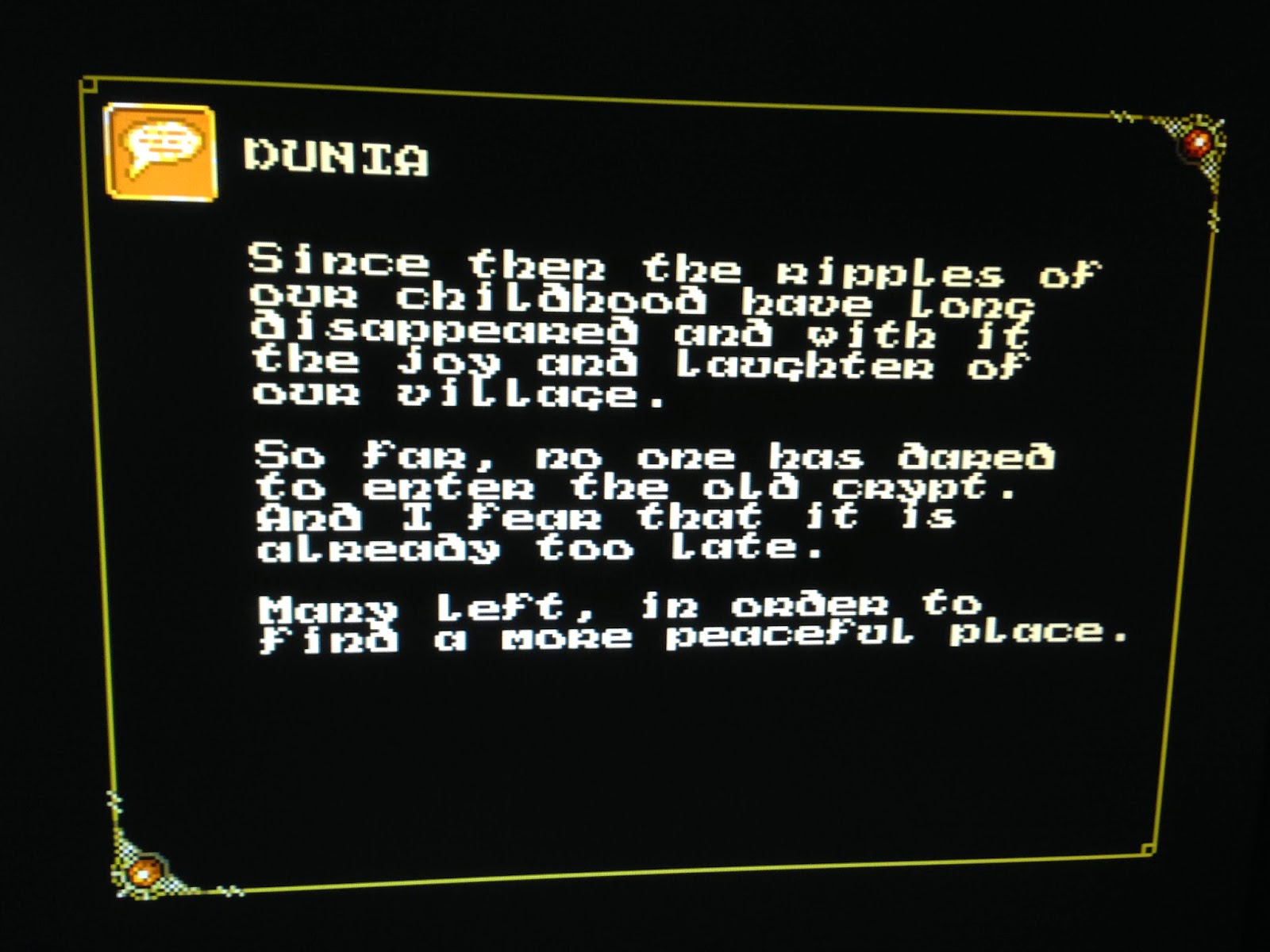 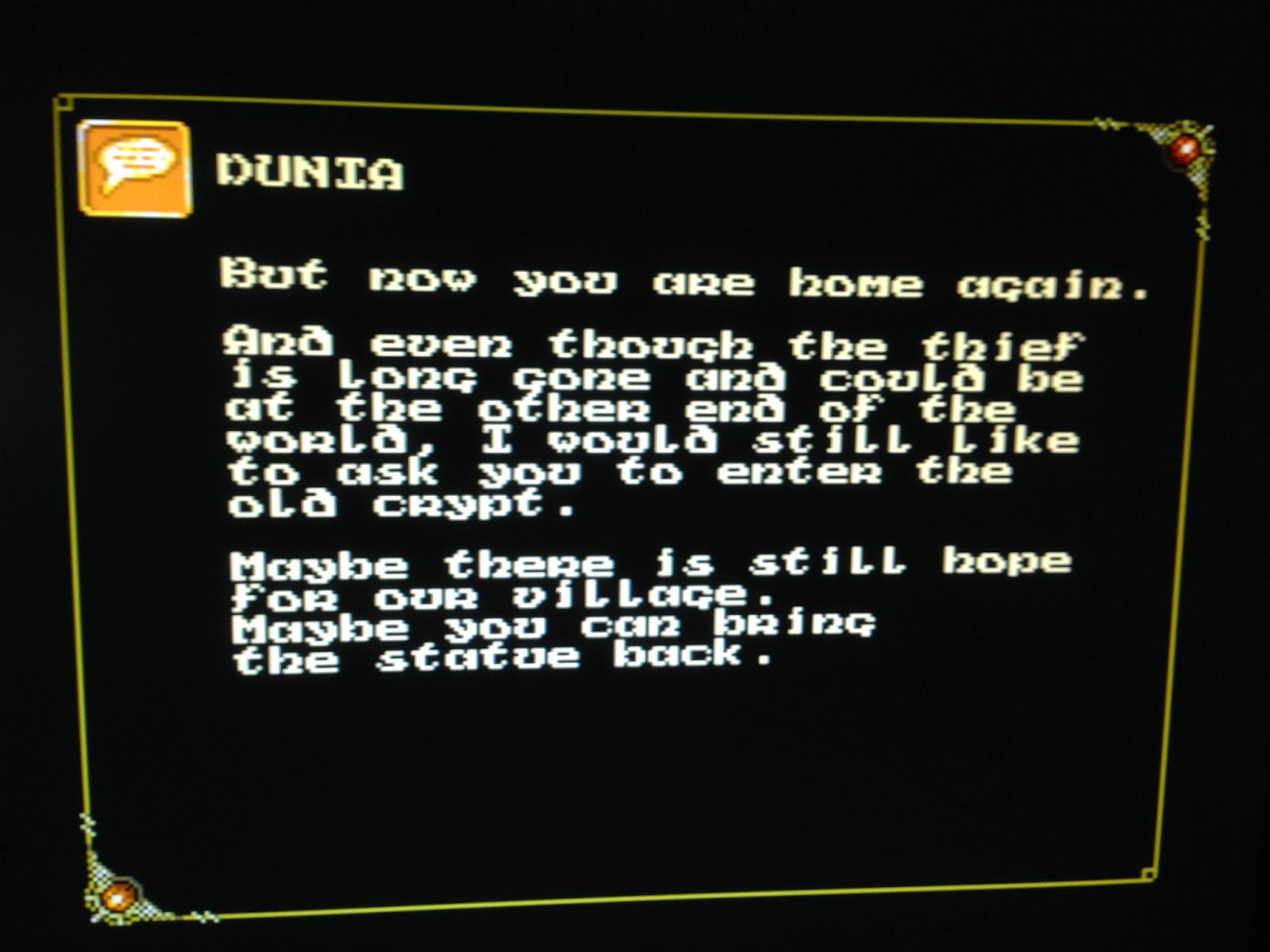 So logically I head off to the crypt - here is the entrance: 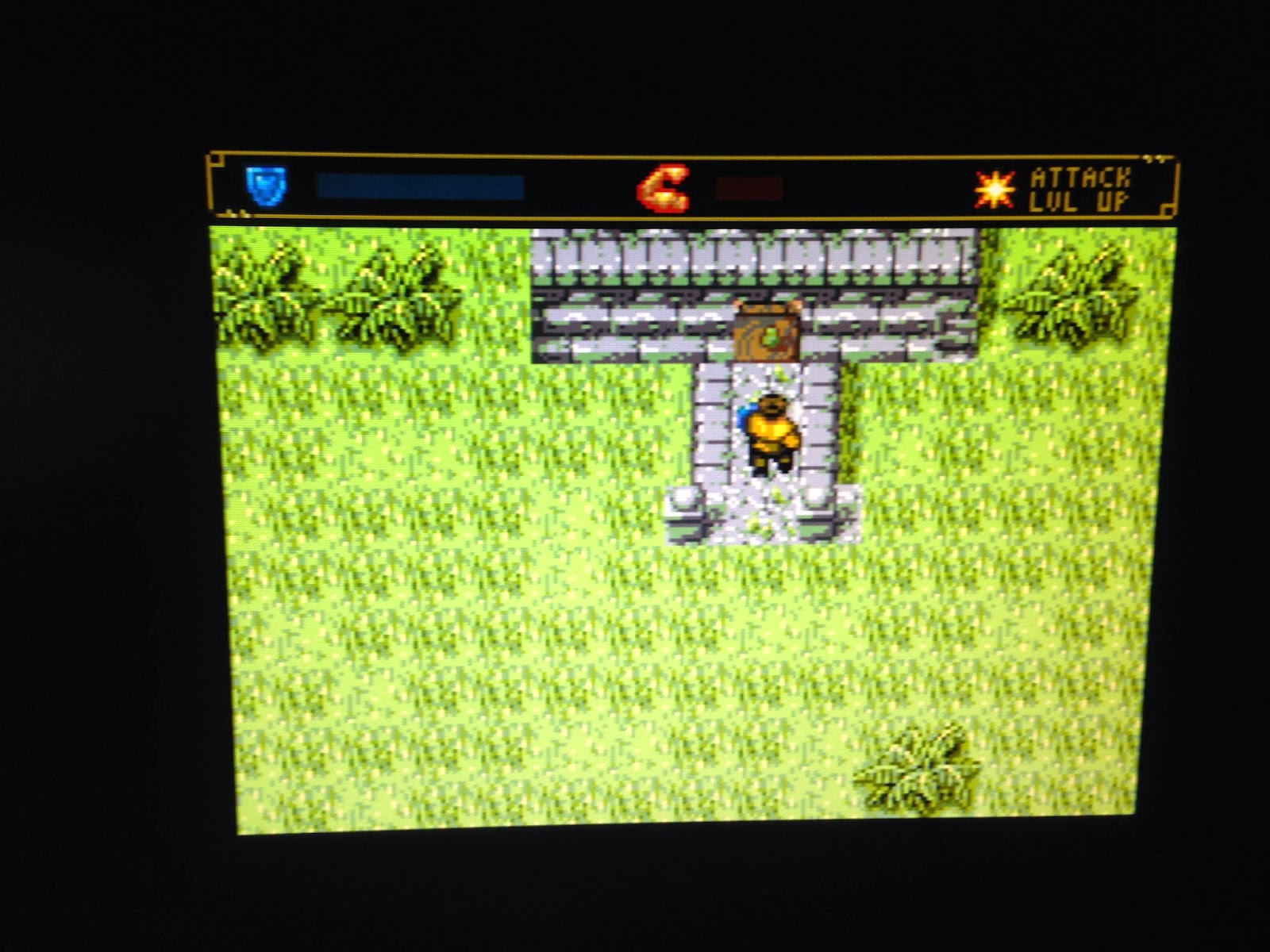 Inside the crypt the passages are narrow and full of enemies to be killed and secret rooms: 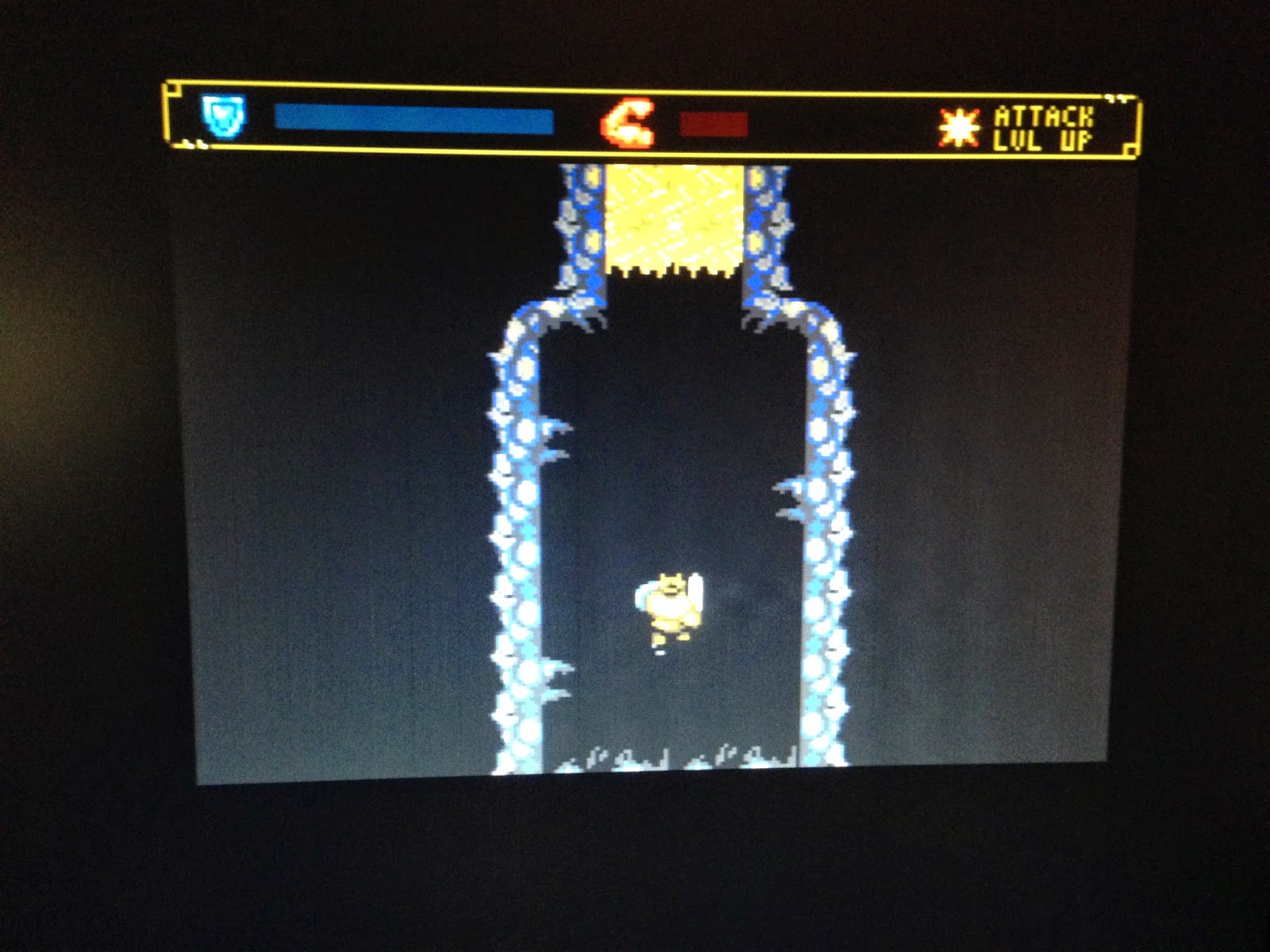 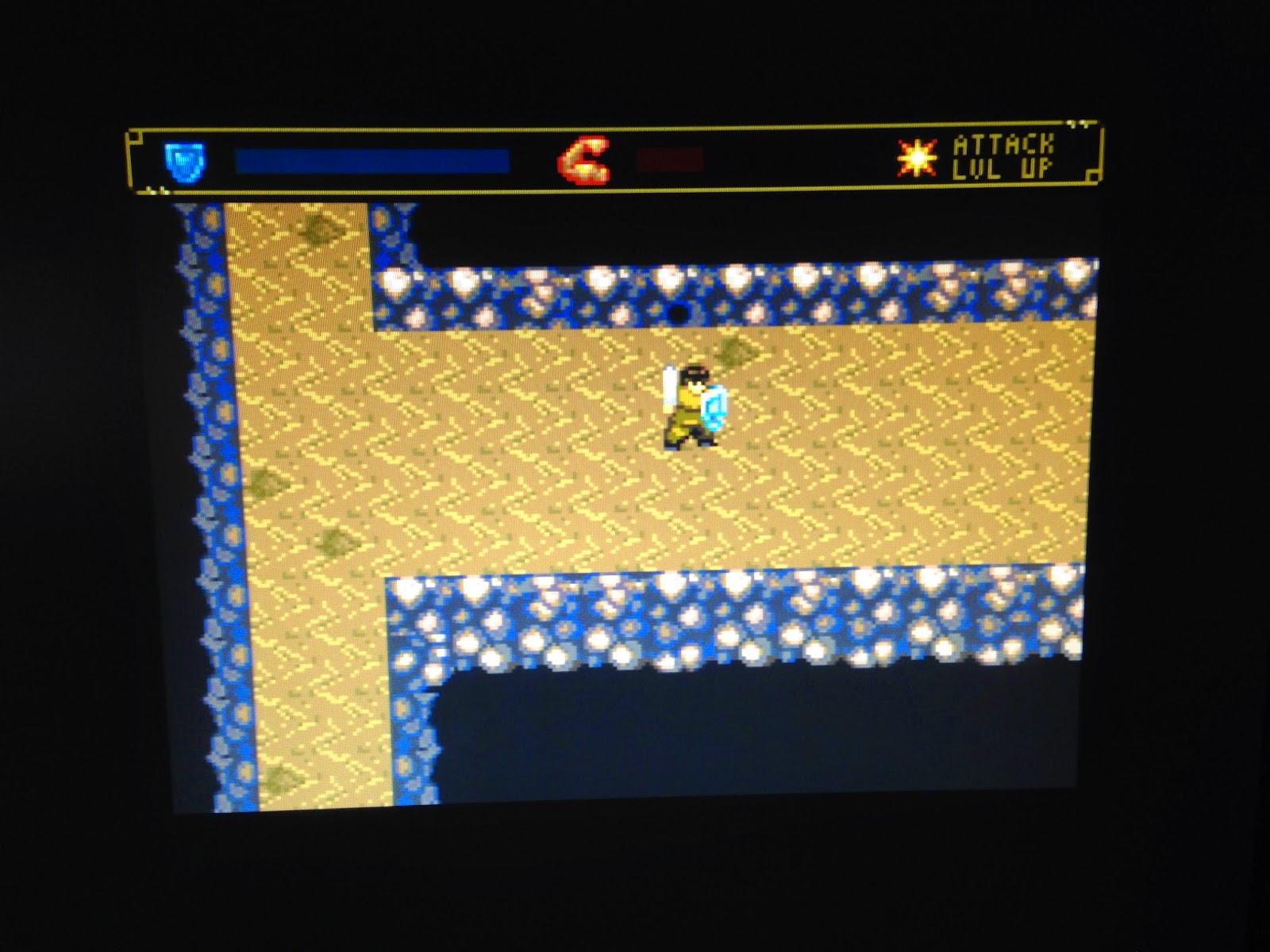 I made a YouTube video showing the initial part of the game so you can see what to expect:

At the end of the video (for those unable to view it) I got stuck in a dead end in the crypt and had to kill myself (hit escape) to start again...I did this several times and couldn't work out how to get past it...I guess I have to keep trying!

There is a good game here but also some issues when I tried it out - the installation process is not good, the edges of the map are often closer than you think - some parts of the map that look like they should continue on (especially inside houses) hit an invisible wall you can't go past, and the shooting of enemies once they reach your position is almost impossible.

You can continue your quest from where you left off, although it is not clear how to "save" it. I guess it is automatic.

The music is a highlight - very well done. The graphics are also acceptable for an ECS Amiga game - someone spent some time making these.

It is good to see new games to play on Classic Amiga in 2014!