I thought of posting one little update but with much importance :P
First of all 2 days ago I received my original Cherry MX Brown keyboard from Loriano as by little mistake my X500 Evo had the Cherry MX Blue ones when I received it.
Not some biggie as everything's just fine now.

I thought to share some keyboard pr0n for entertainment purposes. 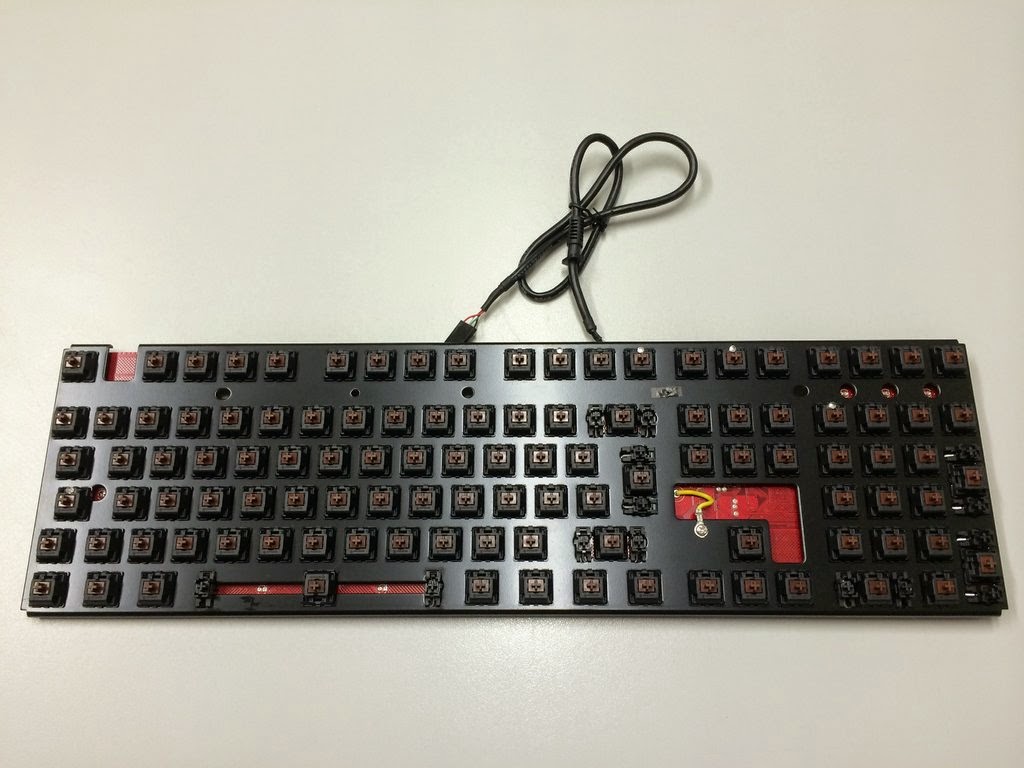 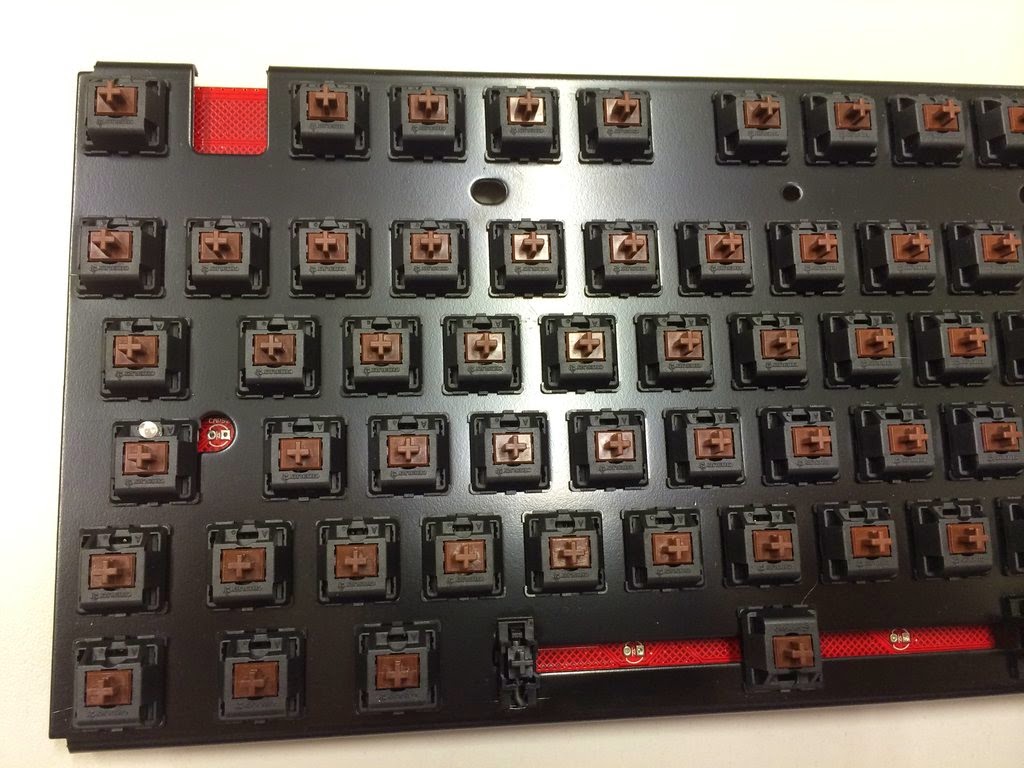 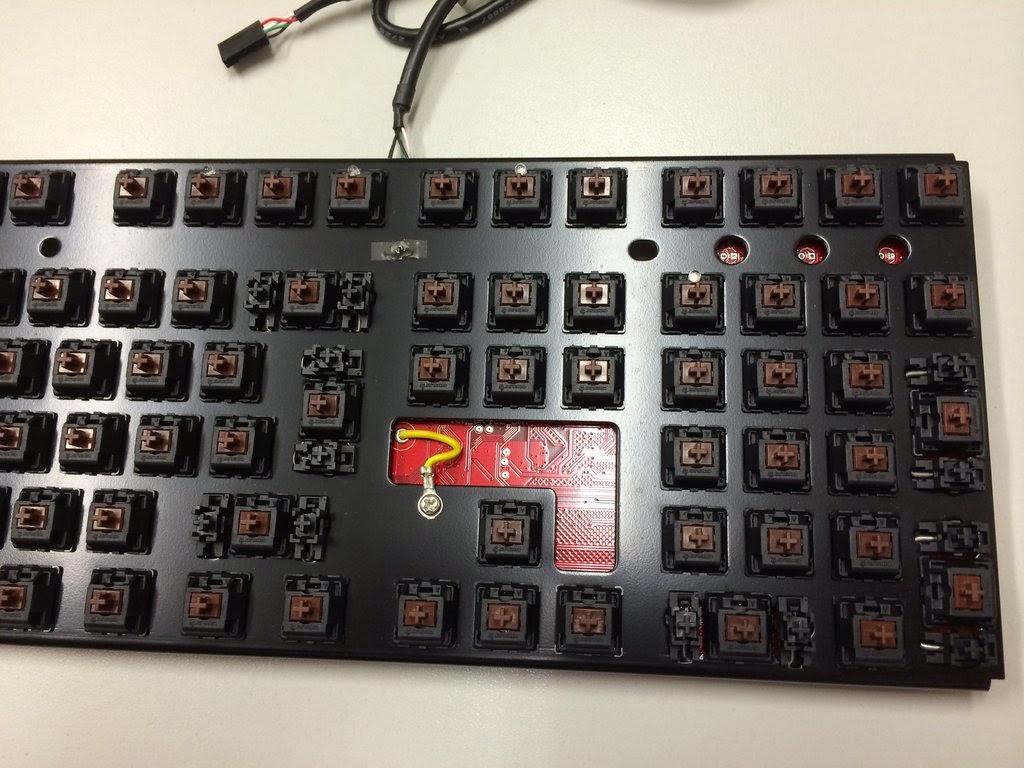 And after some careful time putting all the keycaps in place the keyboard was ready! 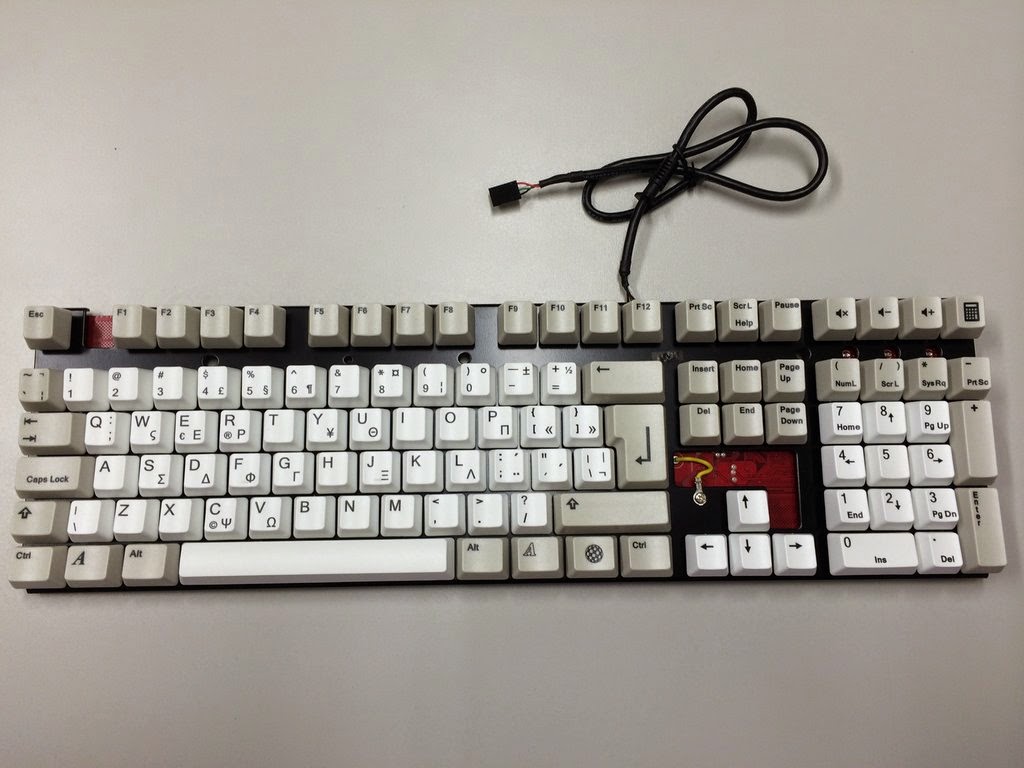 The most important thing that I lacked but wanted in my setup was the GPU!
So far I was running my system with the embedded Intel HD Graphics GPU of the Intel i3 3240 CPU which wasn't enough for my taste. Not to mention that I had enough extra wattage to spare alas I had to get one.

After searching for days, about what GPU cards was possible to be powered from the PicoPSU without issue, and also being able to be low profile and most important... being SINGLE slot including the heatsink's thickness... I was among the following:

The Sapphire 7750 is a truly nice GPU but sadly it's so rare to find (especially under the Sapphire name) that I stopped thinking about it.
The 6750 was easy to find and more affordable but was lower than my expectations
I already tried the ASUS GT640 (1GB GDDR5) in the past before giving it to my dad for his mini-itx PC, and the only thing I didn't like, was the noise which was kinda loud.
The GT730 not only was the latest of the series that could run in low profile, but it also had a really thin heatsink/fan combo. What drove me insane was the ULTRA LOW TDP it had at only 38W TDP!!! What a definite winner! After I managed to grab one from eBay, I waited patiently till it arrived today! These are some photos of the card itself. 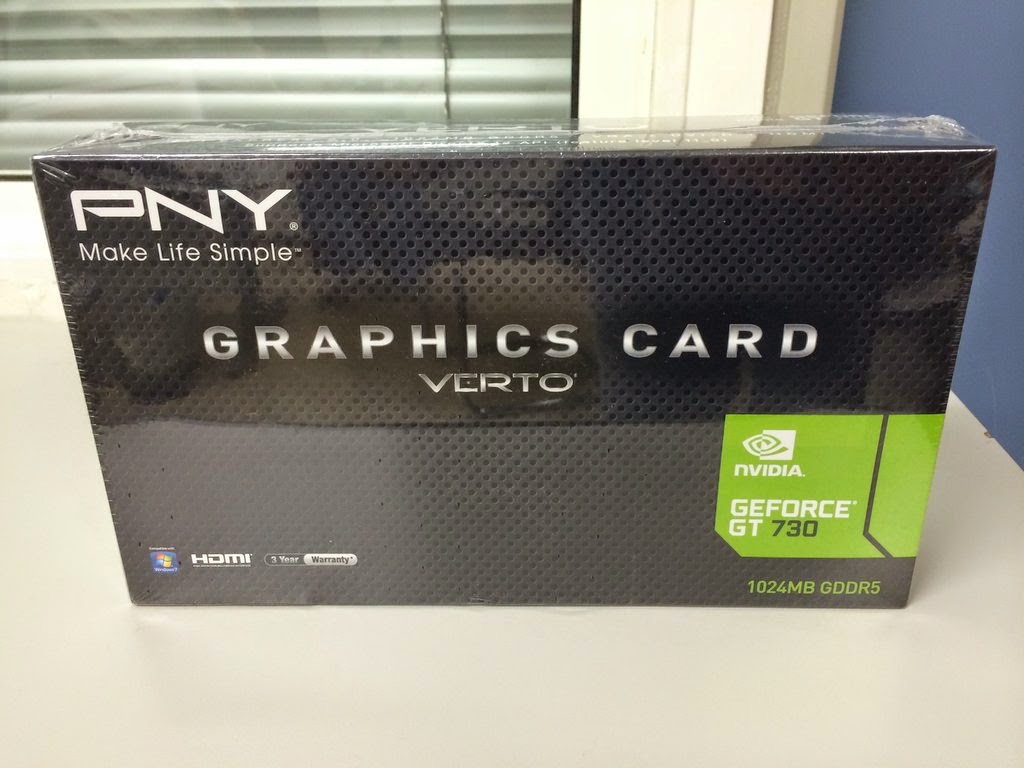 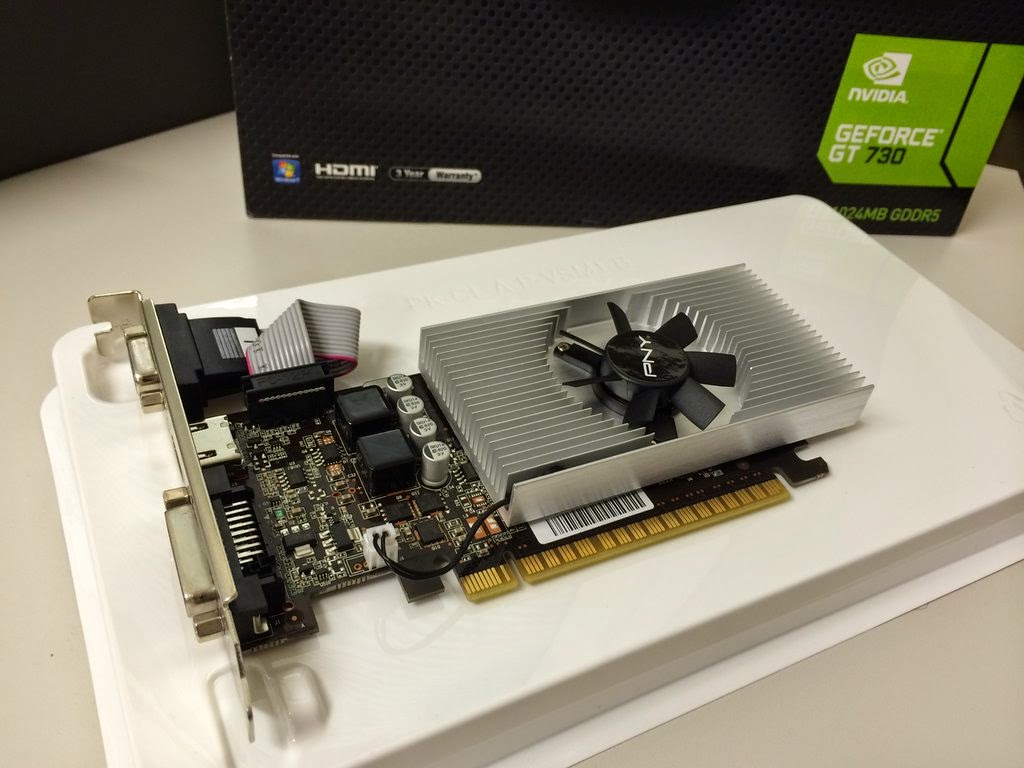 Here's where I removed the normal backplate, putting the low profile one (and after removing the obsolete VGA ribbon - as I was using the space for the PicoPSU connector. 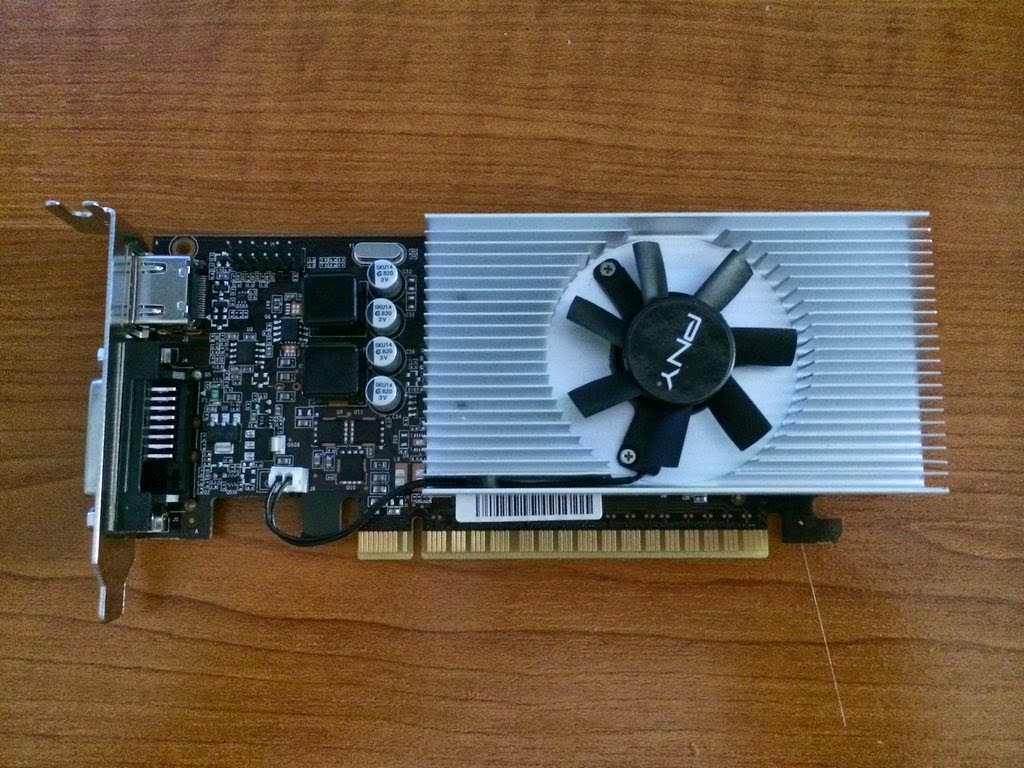 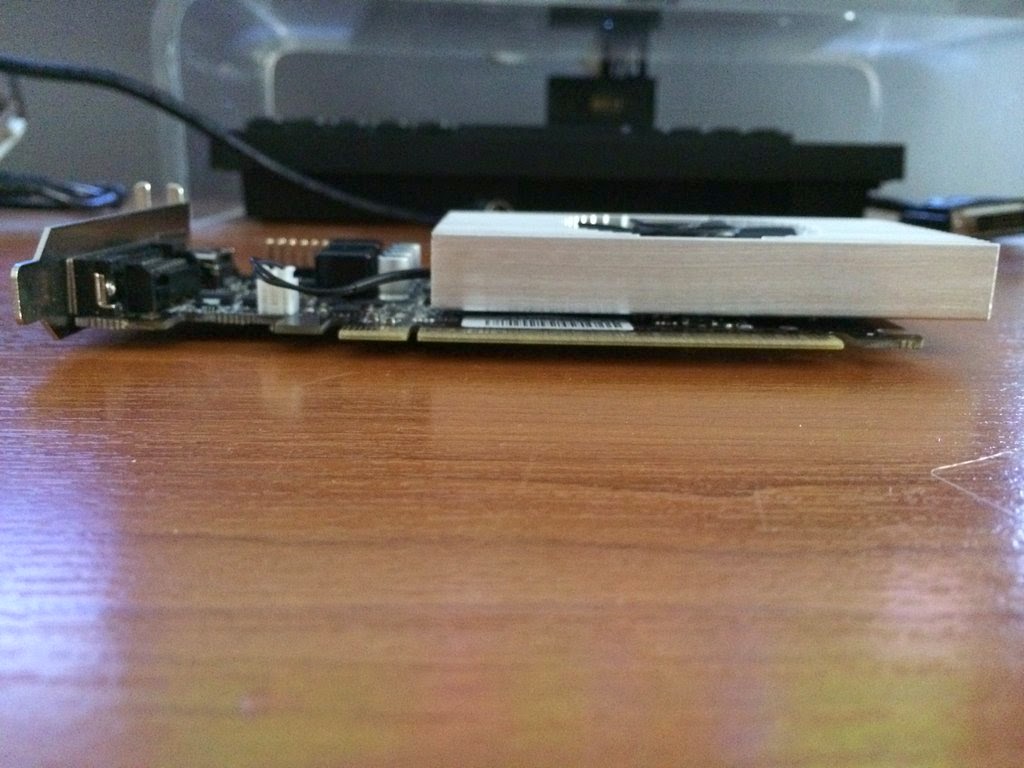 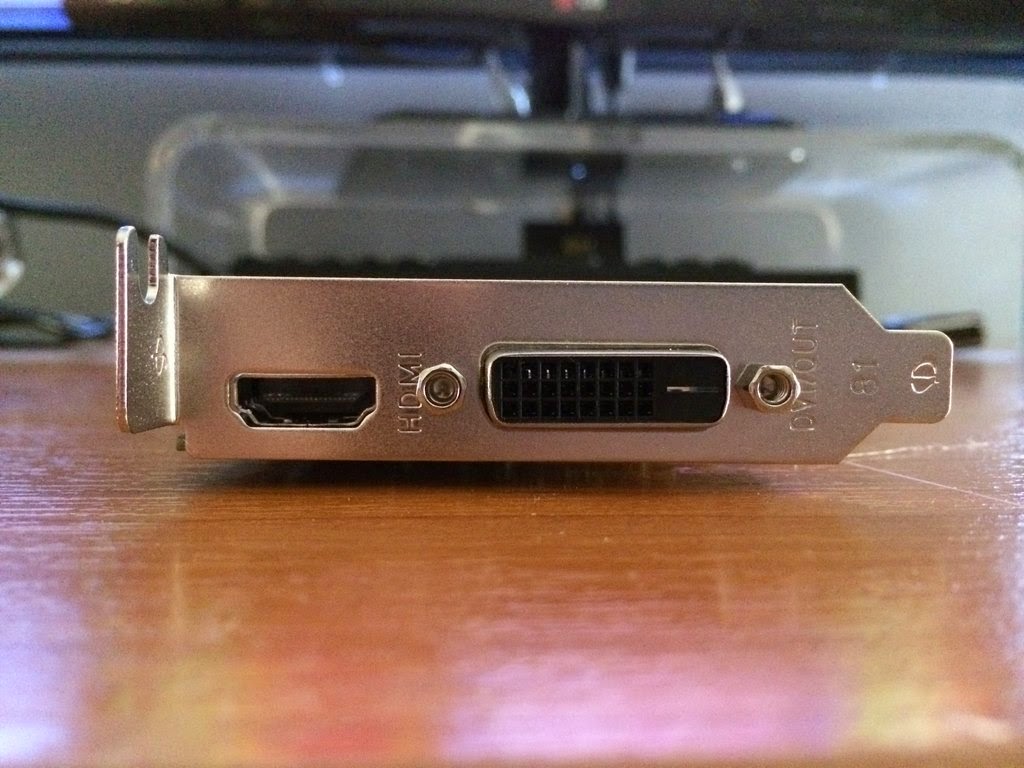 Just before I fire up the X500, I thought about testing how much wattage my system draws without the GPU. After some test I saw it was between 30W and 42W idle @ Windows7 desktop. 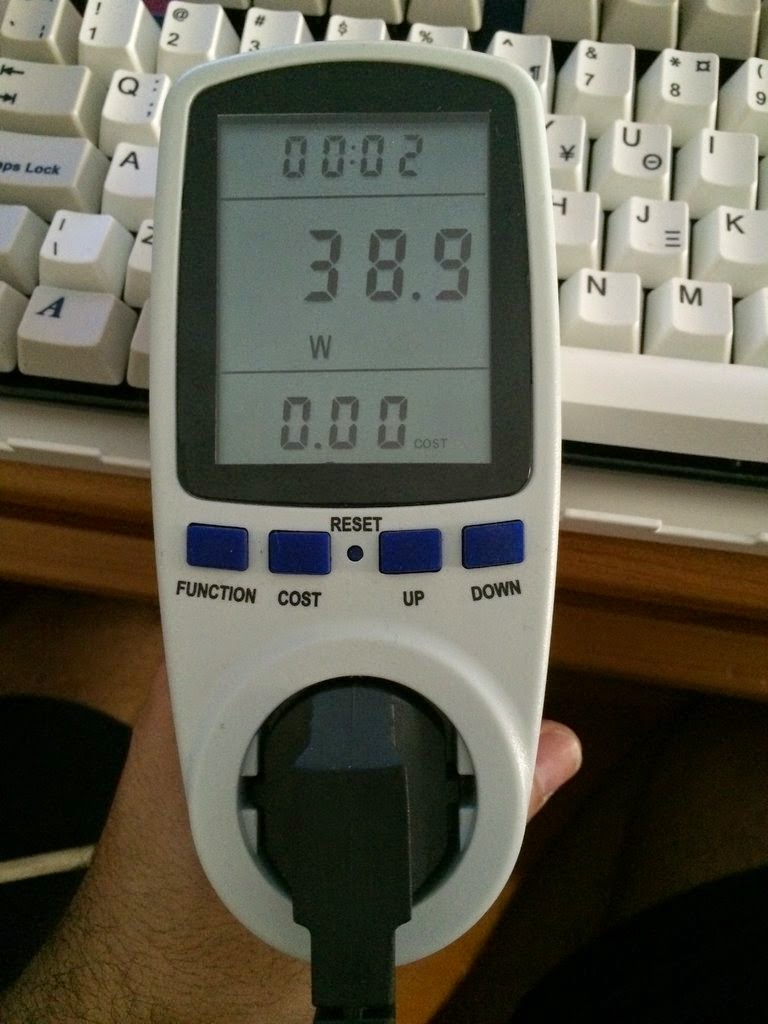 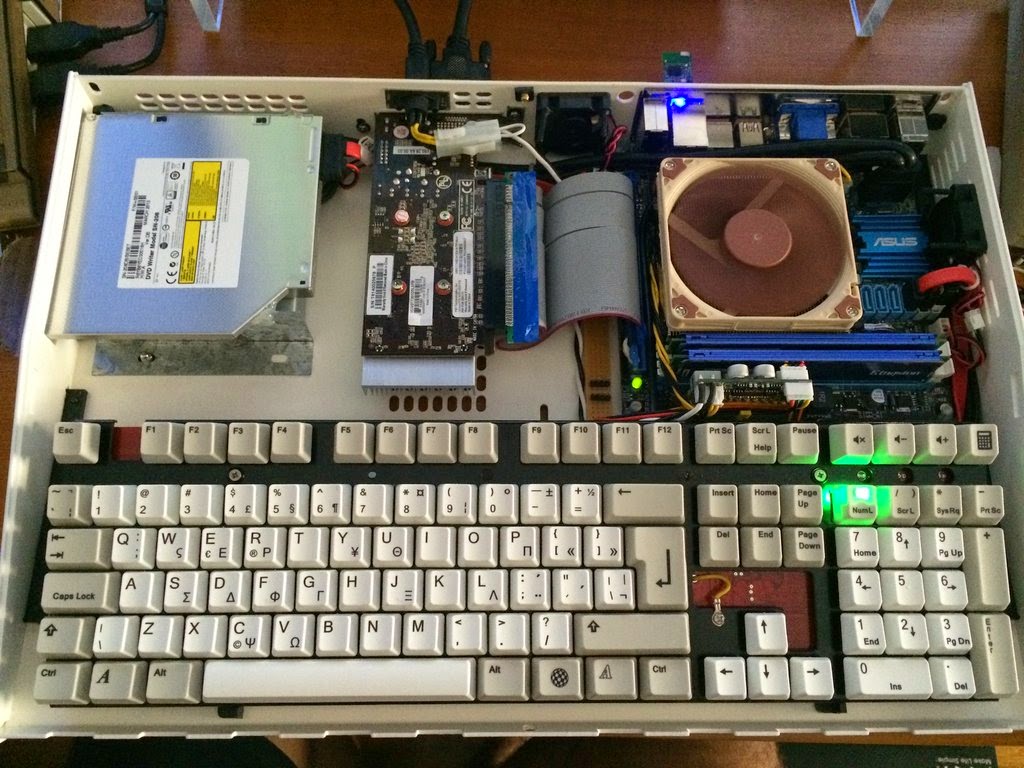 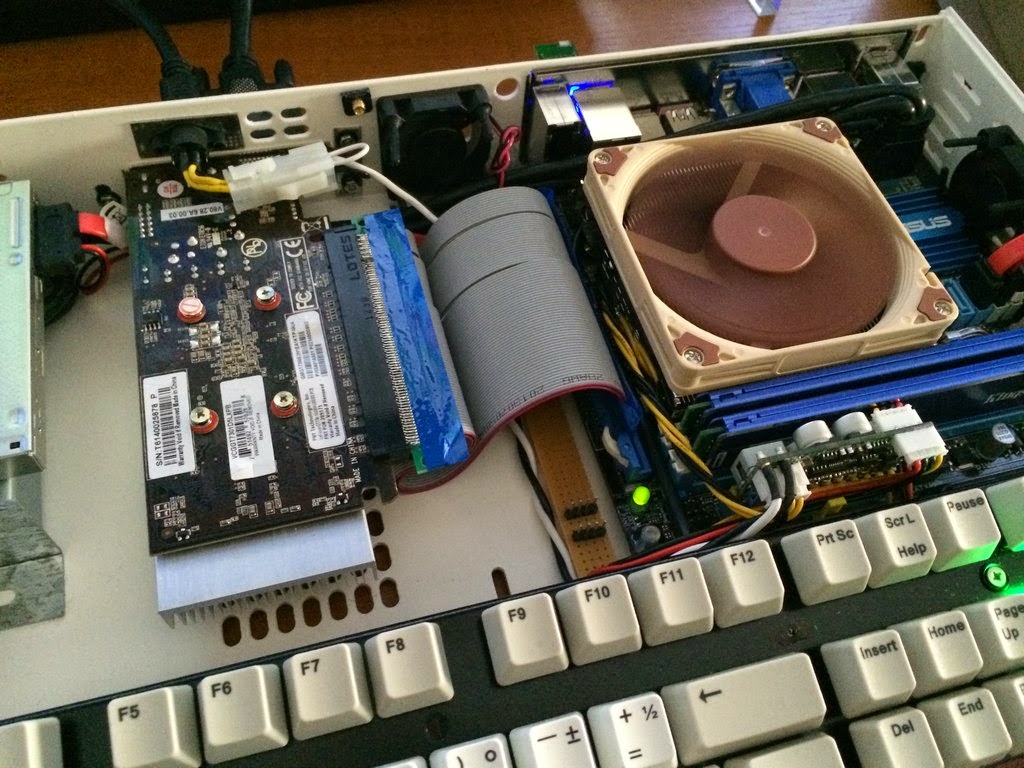 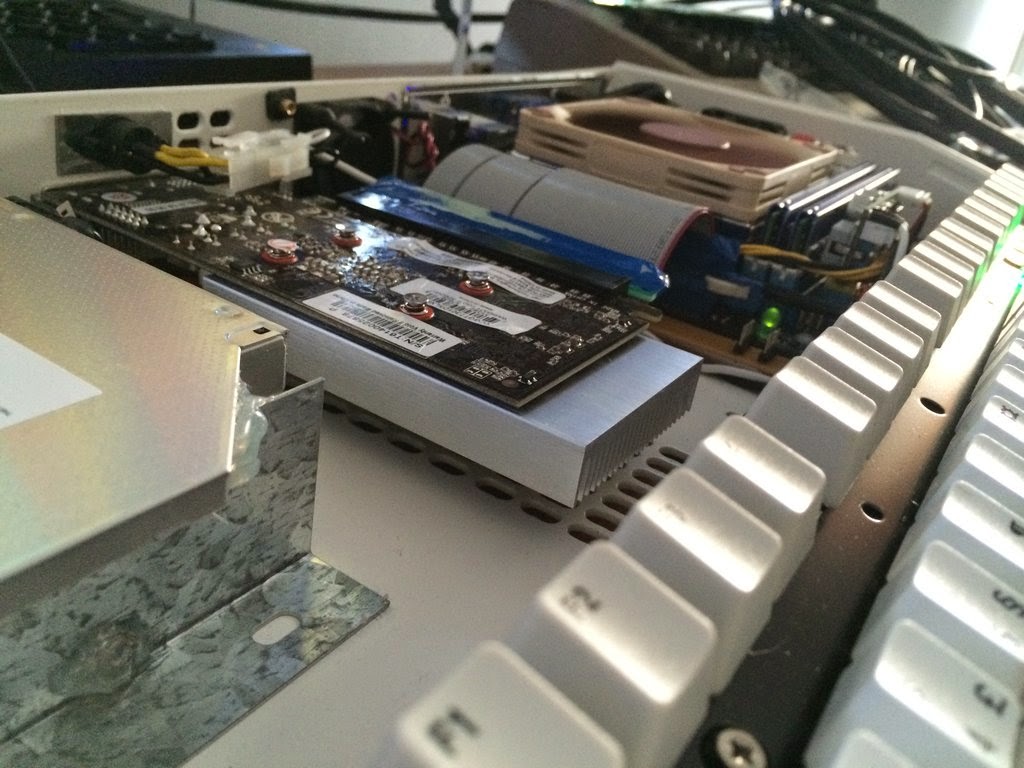 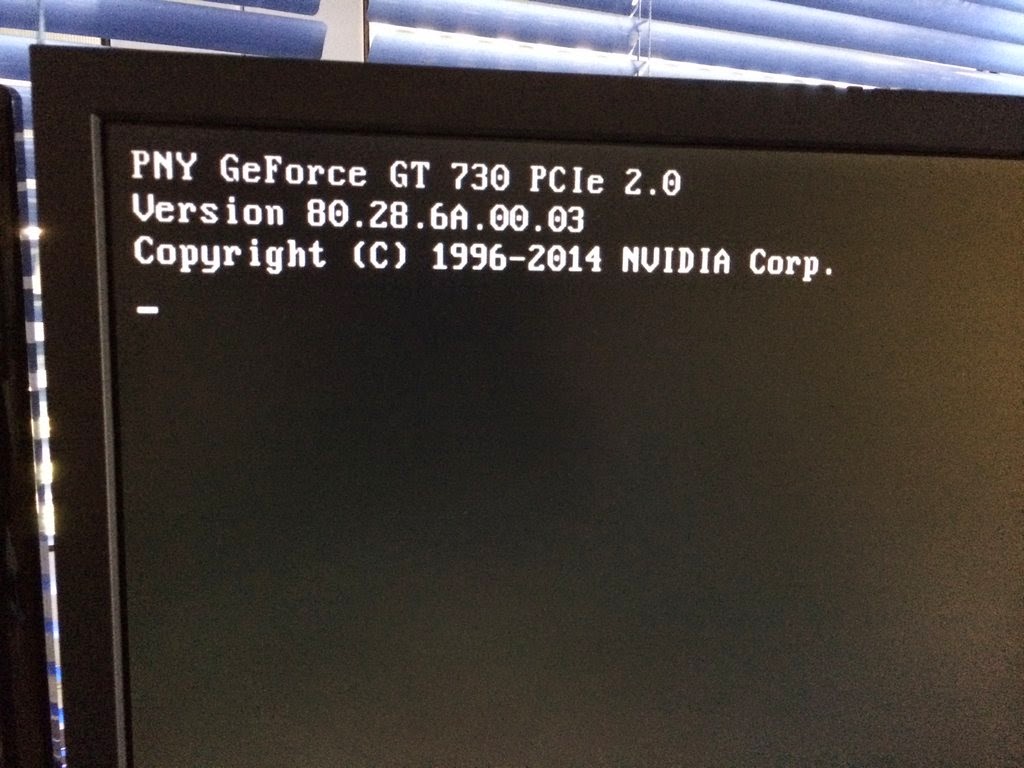 After installing the latest NVidia drivers etc and after a reboot, I thought about checking out the watt-meter to see what's going on.
I was rather surpised seeing that the watt-meter idling @ Windows7 desktop showed lower consumption! lol 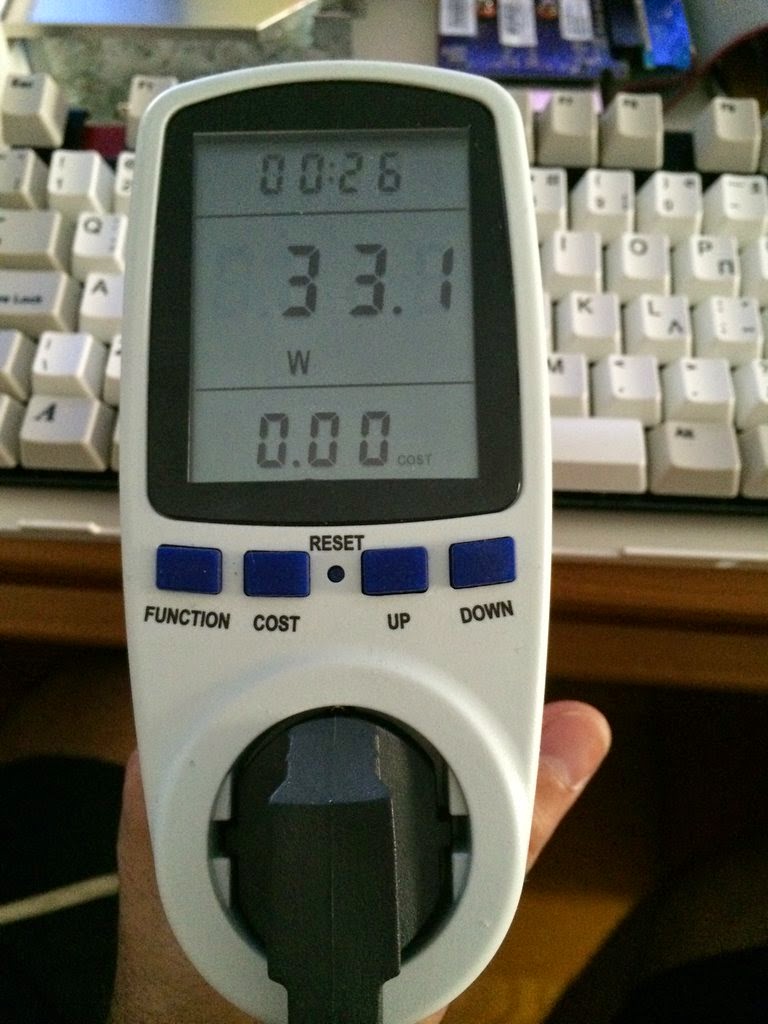 Ofc, that isn't such a great deal, as running some YouTube videos etc, raised the watts somewhere between 38W and 50W but still I was rather happy that I was within the required consumption.
Maybe I'll try a Prime benchmark at some point but for now I'm ok to go :)

That's all for now.
Next article will be really nice as I'm preparing some custom mod and cabling for the upper shell.