I had an A1200 with an ACA1232 accelerator. when suddenly I got hold of an BPPC Accelerator and BVision.

the BPPC Was 040 so I checked out and found one that could upgrade it to 060 and also change the PPC to a faster one. in Poland. So.. I did send it there.  when I got it home I was thinking. what to do with out?  Tower? or my first plan. my A1200 case was a blackpainted one and no keyboard. but I got hold of a nice A1200 case and keyboard.  so. why not try to put it all back in an A1200 case and actually try to get this running WITHOUT a tower that most BPPC Machines are.

So this was what I had to put in: 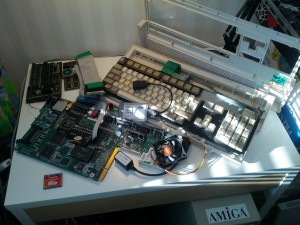 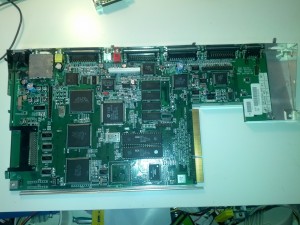 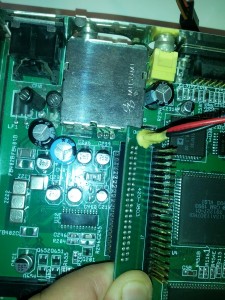 As you can see, it doesnt fit. the sheild from the RF modulator is some millimeters too big. but.. well..  WHAT are the RF modulator good for? I will not and have never connected an Amiga1200 to a TV using that signal, so lets remove it. 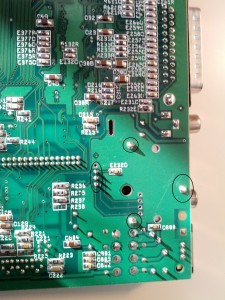 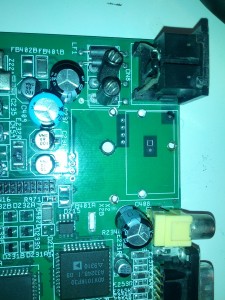 just actually six points to solder. three to the left of the E232C and the three groundpoints. That’s it.

Now there are room for the adapter. AND now I have space left for something, my next part of the project:  my scandoubler. I got hold of an Inidivision MK1 without any VGA cable. 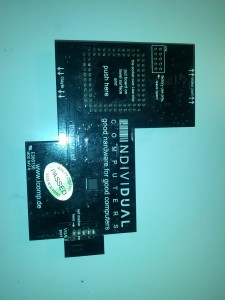 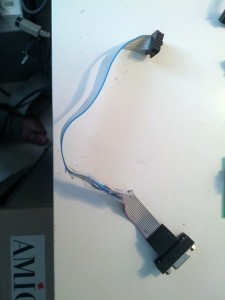 The specification of the VGA connector of the Inidivion is: 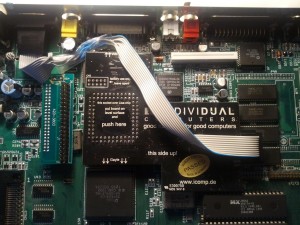 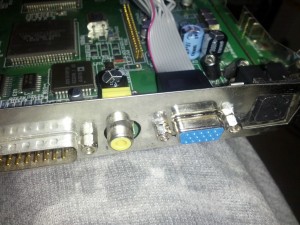 Now I mounted my Indivision and as you can see, not much modifications was needed to fit the VGA Connector. 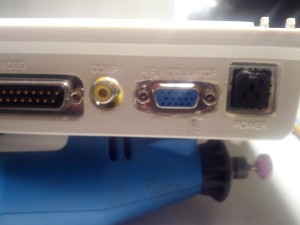 This is how it looks like.  could be better but.  tuneup later maybe..

Next I was planning of doing my keyboard/mouse setup adding PS/2 connectors (but still be able to use the Amiga native keyboard) but I decided to get the board up running first, so next is the BPPC Acceleratorcard and BVision graphics card.