Memory Expansion for my Amiga 1000

I am pleased to say that today I received my 512k external memory expansion for my Amiga 1000! As I mentioned in my previous blog entry about the Amiga 1000, this Amiga has 512k of memory in it already, but with this new external expansion it now has a total of 1MB memory!
I bought the expansion card module from Ebay - it was AUD$50 from memory.
(just realised that was a terrible pun after writing it - sorry!)
The seller packed it very well indeed.
Here is a closer look at the expansion plugged in and running - it was a relief that it worked: 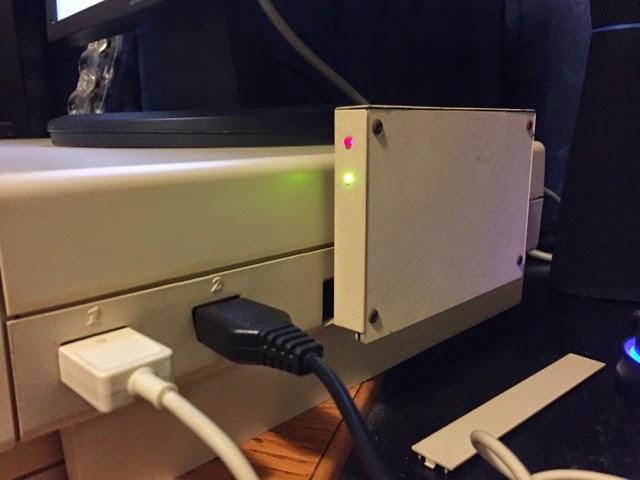 As you can see it connects to the Amiga 1000 right hand side expansion connector port, which is covered by a plastic cover you can see on the desk below the installed expansion card.

The memory card has a green light to show it is on - plus it also has a red flashing light whenever it is used too! I am a little curious about why it needs that! Seems like overkill but at least I know it works!

I booted up a v1.3 kickstart disk and then the Amiga Workbench 1.3 disk to show the extra memory: 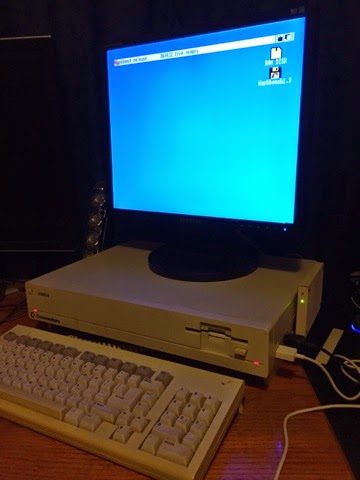 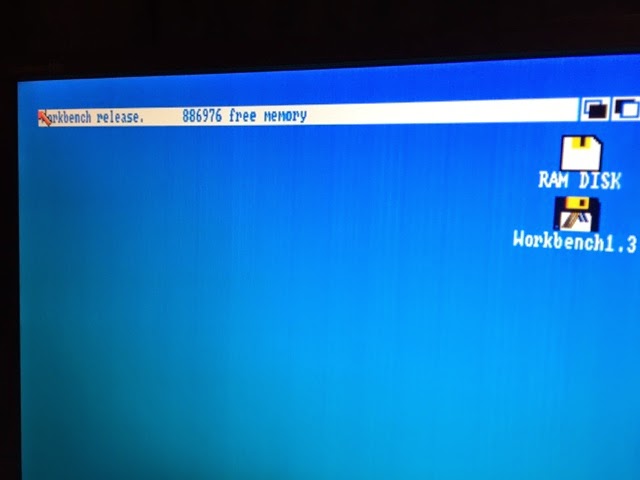 Excellent! Now I can run games and demos that need a 1MB Amiga to run - such as the TRSI Wicked Sensation demo as shown below: 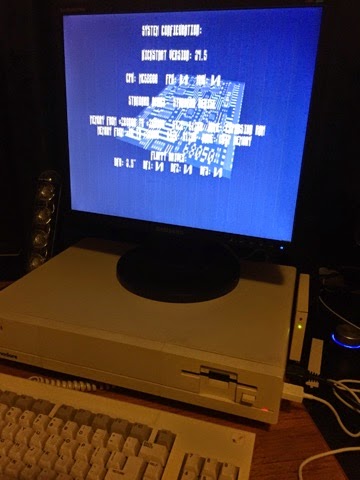 Before the upgrade this screen said I needed 1MB memory to run the demo and stopped. Now it shows my new memory expansion and chip memory totals 1MB and then demo now runs: 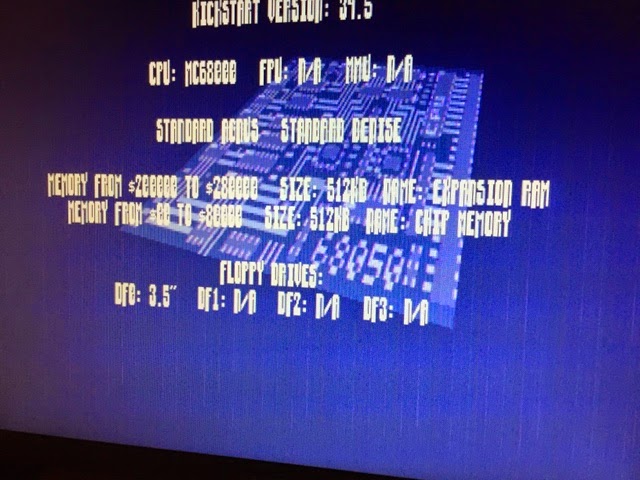 Here is some screenshots from the demo running: 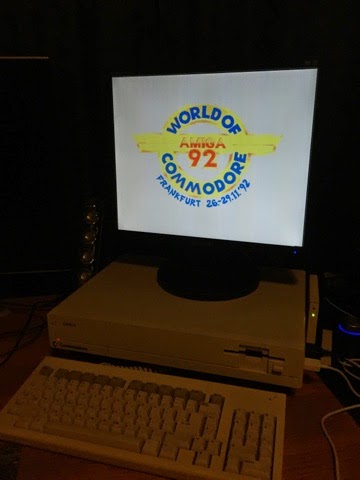 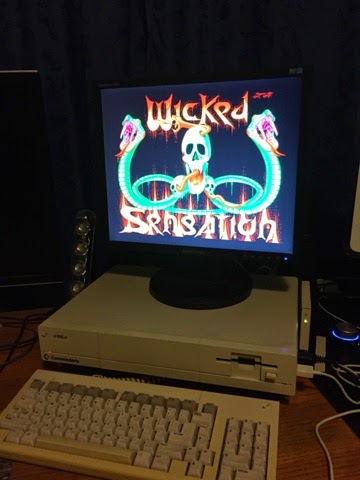 I know having 1MB on an Amiga is not such a big thing, but finding a suitable 512k external expansion card for an Amiga 1000 is not as easy as it used to be! I am very glad to have it on my Amiga 1000!

I have no idea where I can wire the VGA connector to on the rear of the Amiga 1000 case though! One problem at a time I guess! Any suggestions please let me know!

I am also interested in trying the Amiga 1000 Sidecar (PC) expansion if I can get one that works on Australian power (US power is different)...there are quite a few upgrades I can try out on the Amiga 1000 which is great! If any of you have interesting upgrades for the Amiga 1000 that work and you are willing to part with please let me know! :-)