Today I thought some quick updates on some new AmigaOS4.1 game releases - Quake 2 High Definition Edition from HunoPPC on AmigaOS4.1 with Warp3D, The Secrets of Middle City Demo Version, and more.

First, a look at a upgraded Quake2 High Definition release from HunoPPC for AmigaOS4.1, which was quietly released recently.

It definitely improves the look of Quake 2 on AmigaOS4.1 with higher HD resolutions, but of course you need to have Warp3D working on your system.

On the Sam460CR I find that running the game in 1024x768 gives the best results, but I am sure on an X1000 I could run much higher resolutions. Here is the title screen: 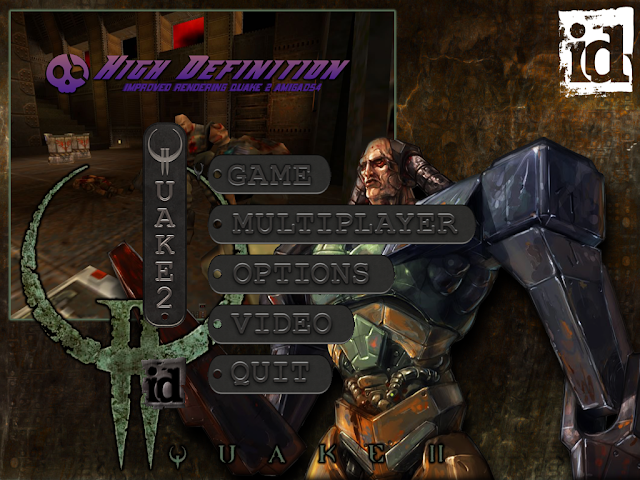 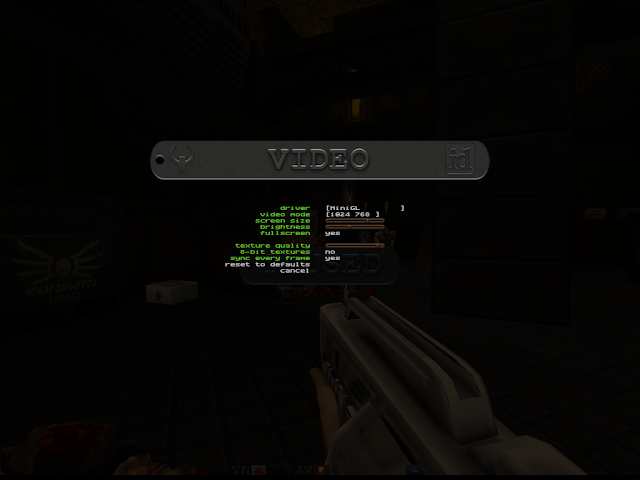 Of course, I need some in game screenshots to show the game off. Here are some screenshots in the game to whet your appetite while waiting for it to download: 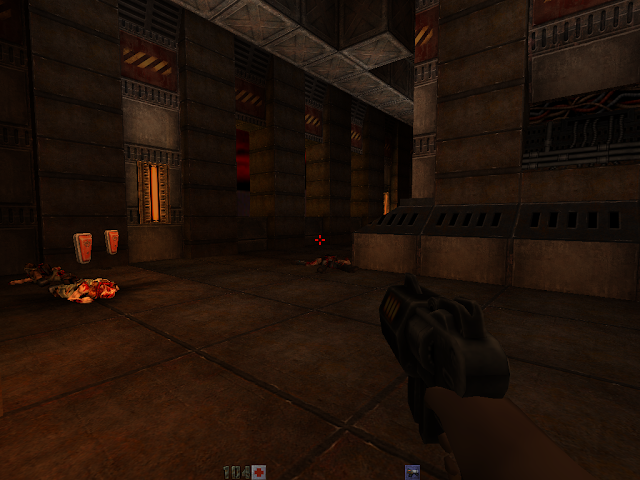 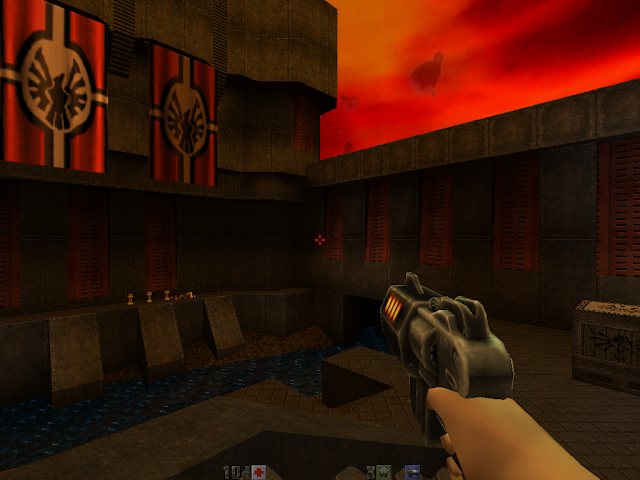 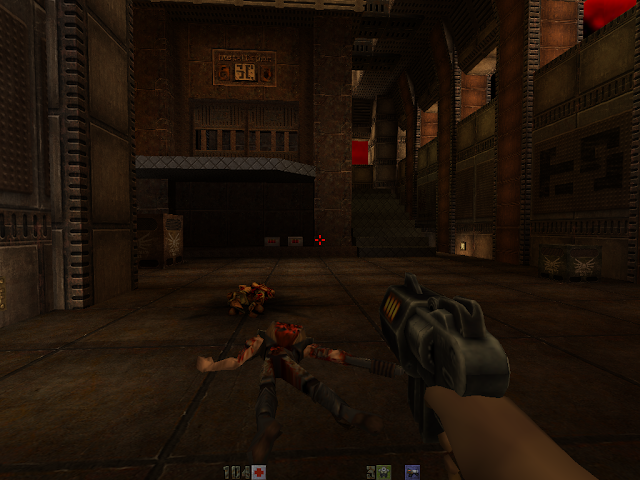 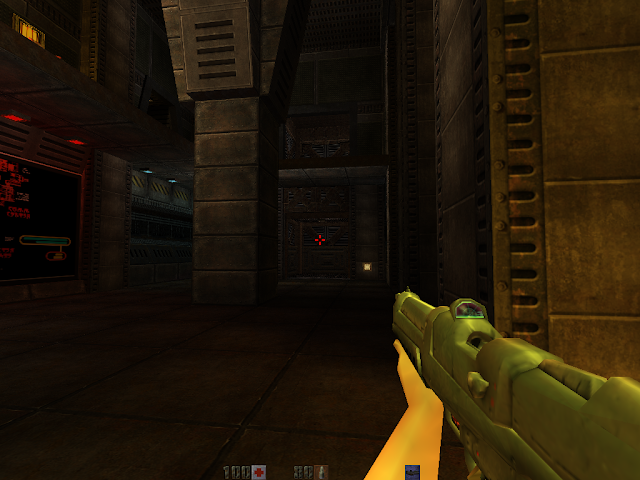 Definitely worth the sizeable download in my opinion. Thanks to HunoPPC for his efforts with this.

Also released recently is a demo of the upcoming The Secret of Middle City game for AmigaOS4.1 (and MorphOS) by GDG Entertainment. Their website is here. 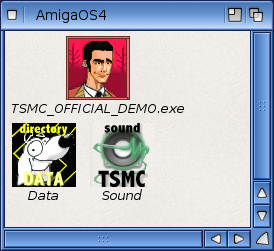 I ran the game demo of The Secret of Middle City on my Sam460CR system to bring you some screenshots of what you can expect from the game. Here is the title screen: 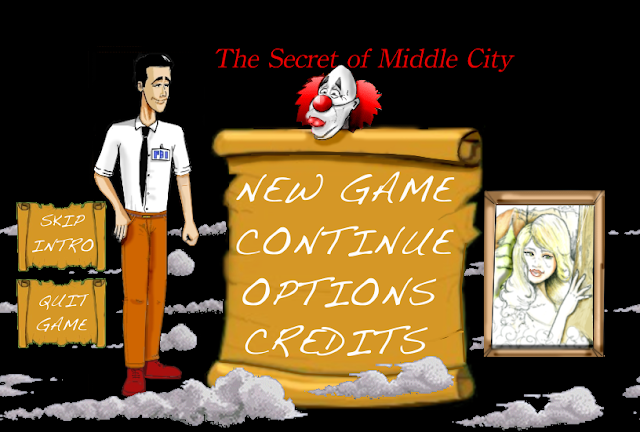 There is an intro sequence that provides the background to the mystery to solve: 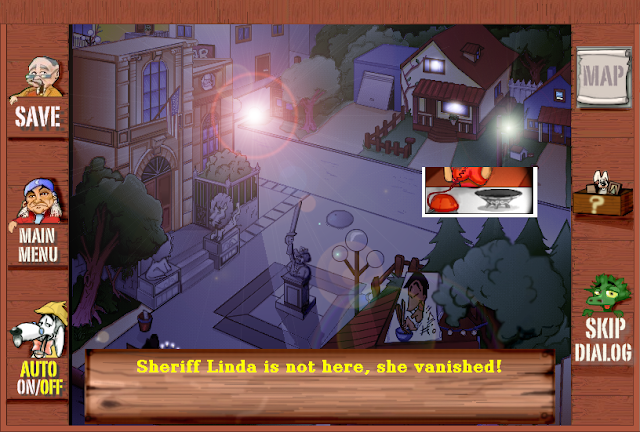 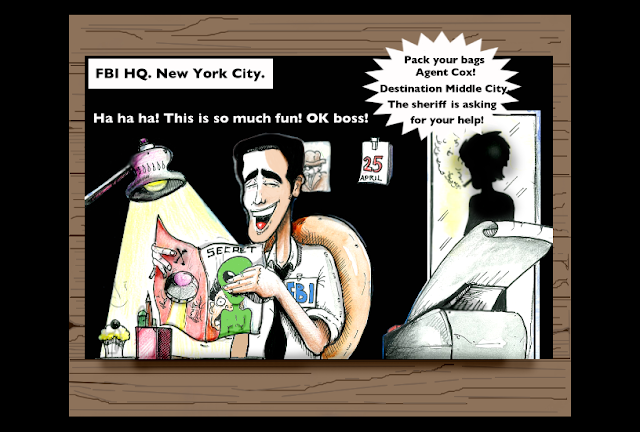 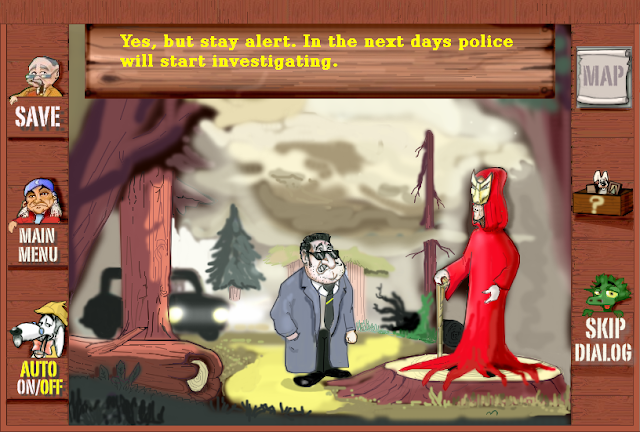 The game is broken into several parts: 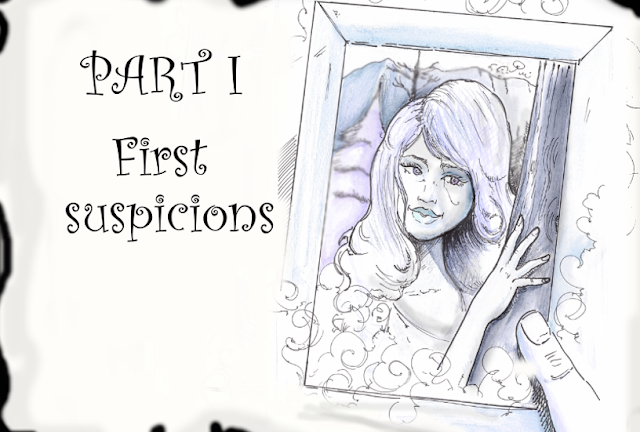 As the game opens you head into the Police Entrance Hall: 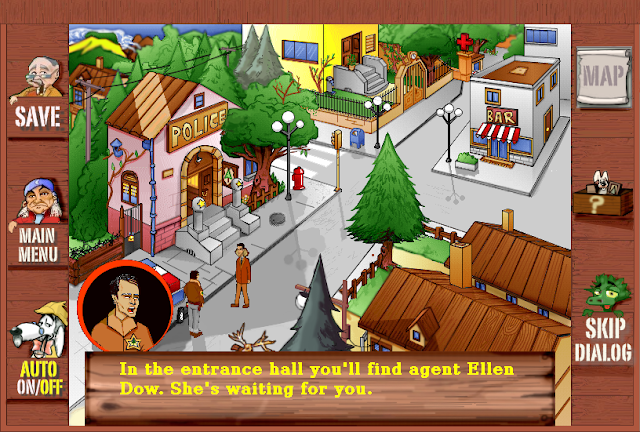 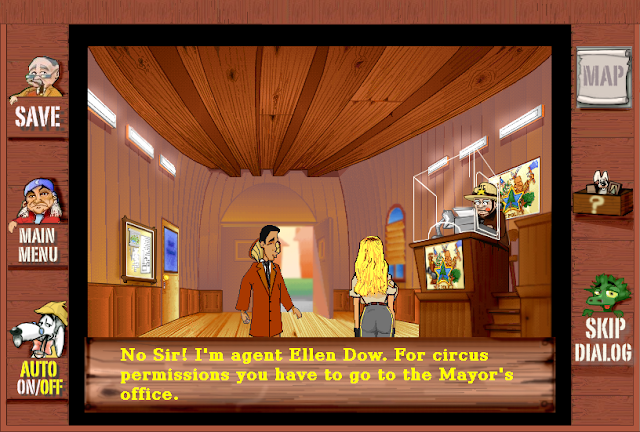 As is usual with this type of game, you can interact with various people and objects on the screens, to progress to the next part - you cannot save your progress in the demo version: 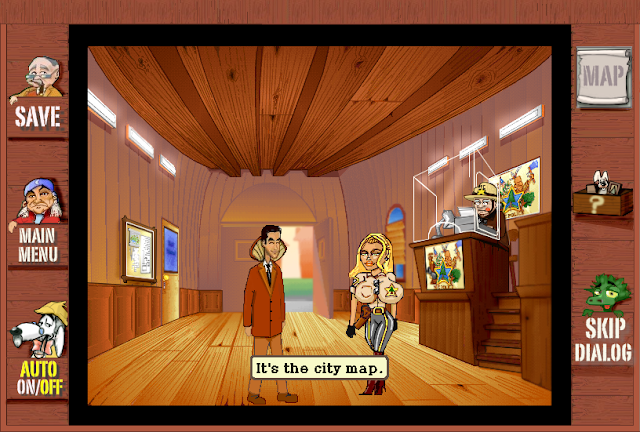 I quickly move onto to the Sheriff's office for more story and interactions as more information is revealed for the next steps in the story: 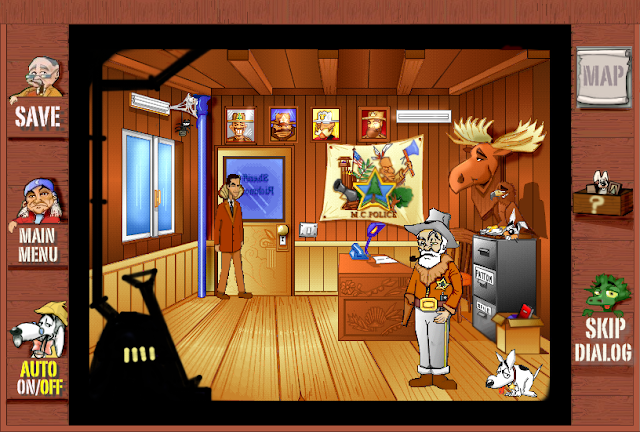 You get different responses depending on which questions you ask - in my case it seemed I had to click on them all before I could progress but maybe I was just unlucky with my choices: 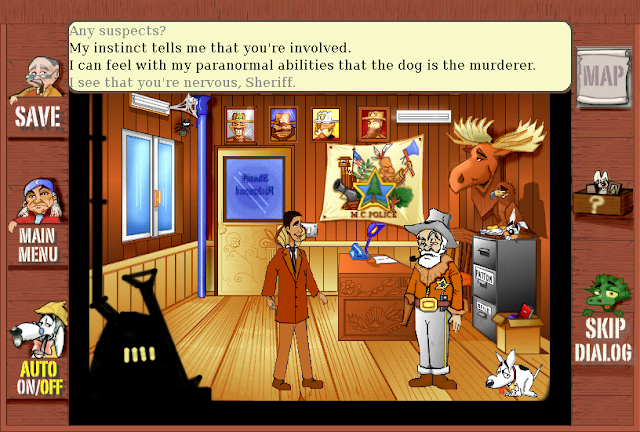 Clicking on the Map shows the Middle City area to explore: 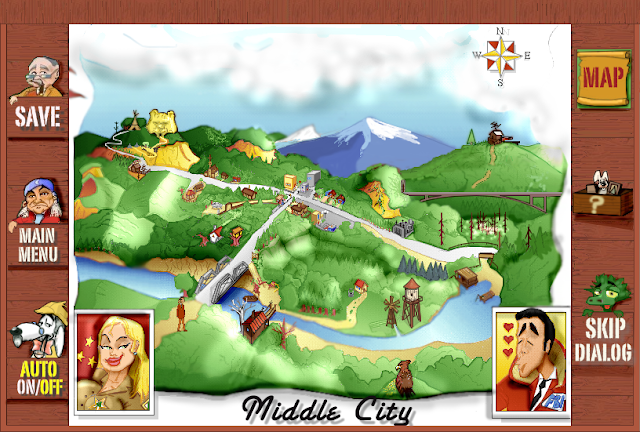 Exiting the Police building, I head to the bar for more clues (where better!): 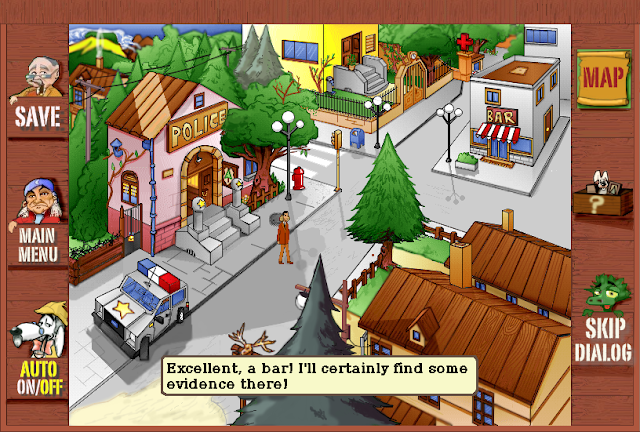 Some screenshots from the bar: 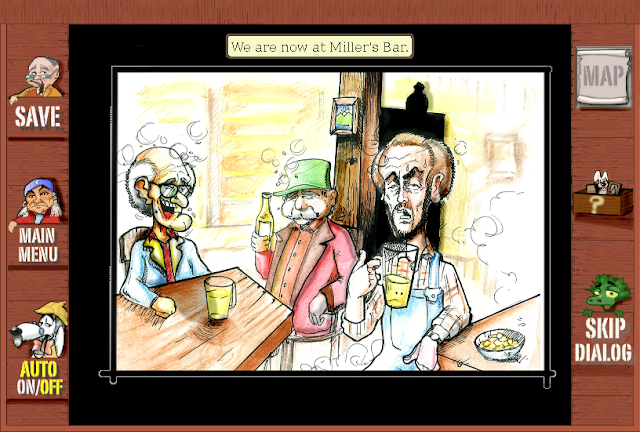 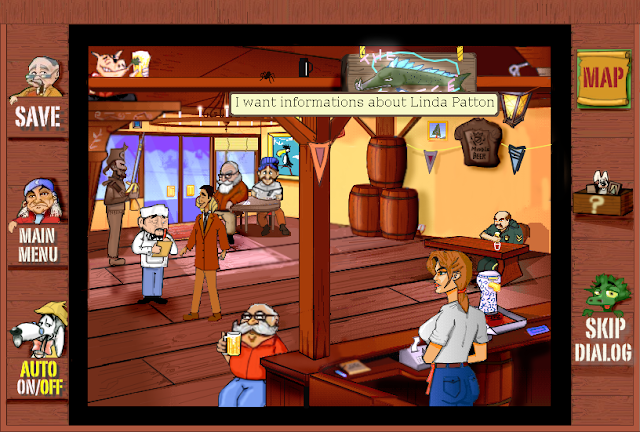 Clicking on the box icon with the ? on it (on the right side) reveals what items you have collected or want to give/use to progress further: 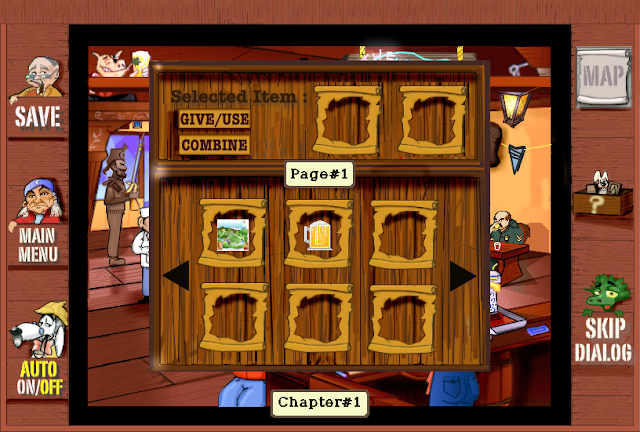 The Windows/Mac version of this games was released this week, so the boxed AmigaOS4.1 version should not be far away hopefully so everyone can try this game out.

Last, but not least I received my purchased boxed copy of Wings Battlefield in the post this week. 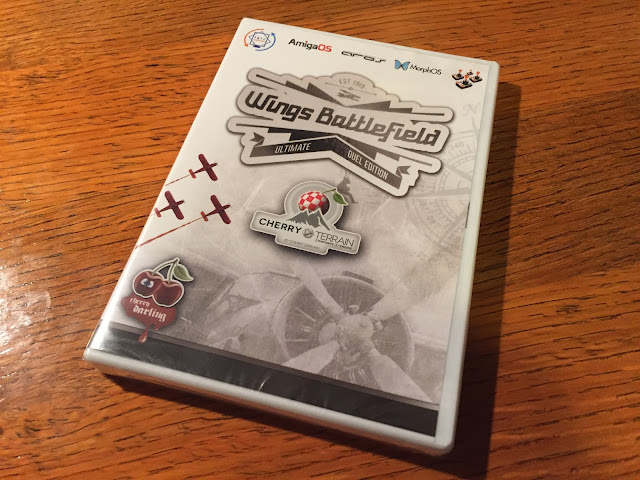 It also gave me the opportunity to try out the Warp3D version of Wings Battlefield for the first time, now that I have Warp3D running on my Sam 460CR.

Up until now I have run the compositing version of the game, but now I can try out the Warp3D version: 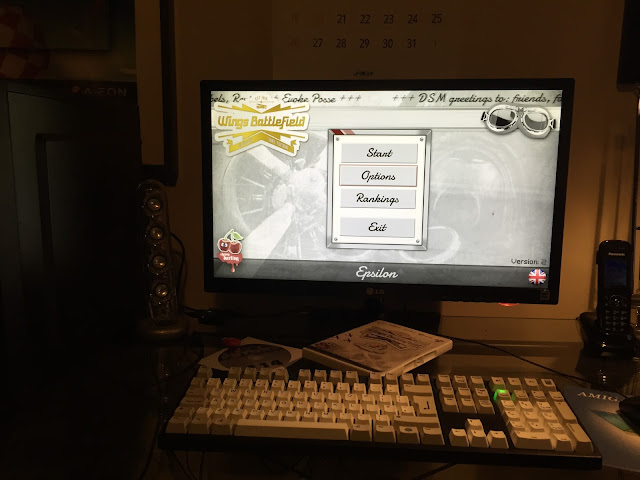 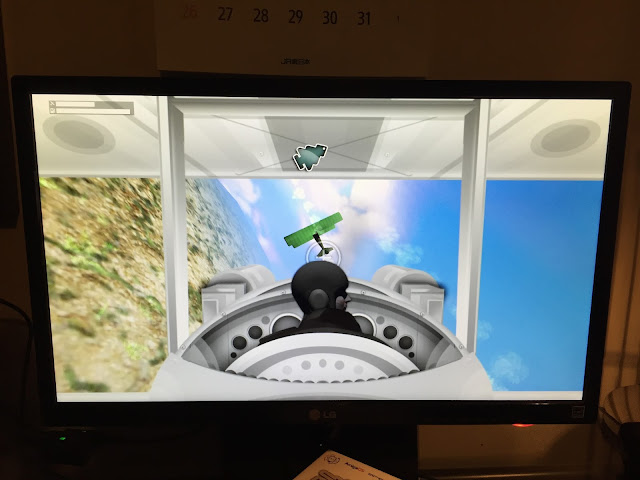 Until now I have been using the pre-release version I was testing, so it is great to have the final release version! There was an upgrade to install on first run after installing from the CD. The updates are downloaded from the internet and installed automatically, and the game then run again.

Playing this game again made me release how great it is to have new release AmigaOS 4.1 games in 2015. 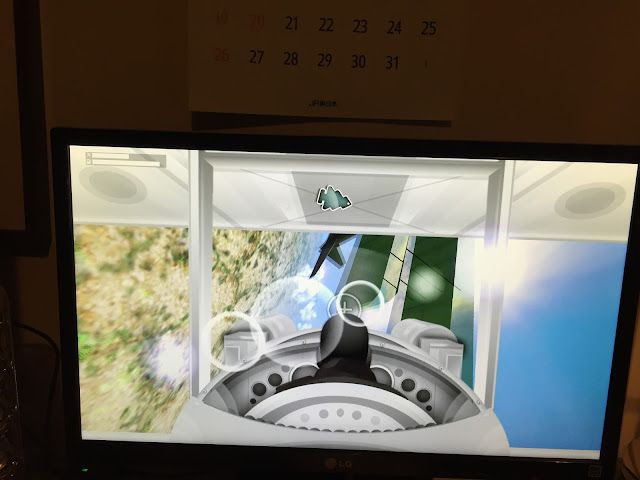 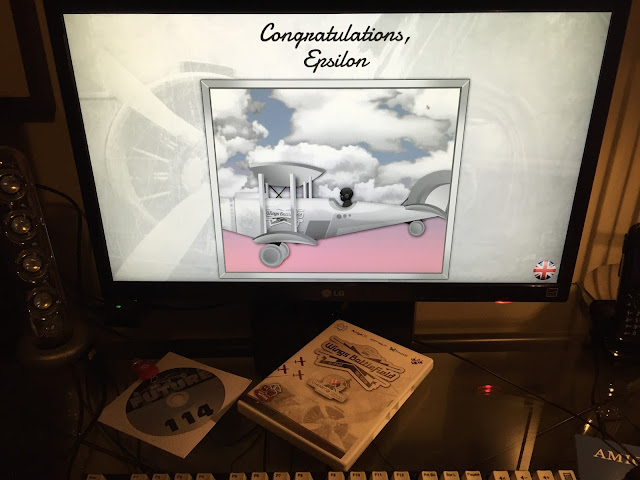 There is also a Windows version included on the CD (haven't tried it yet), along with AmigaOS 4.1 (Compositing and Warp3D versions), AROS, MorphOS versions, and some extra goodies too.

Please note that I will be on holiday for a while from this week, with no access to my Amiga systems during that period. I am looking forward to doing some train trips of a lifetime! I would expect plenty of coverage on my Interesting Trains Blog once I return!

I also hope to have some updates for you on my X1000 and what has happened in Amigaland while I am away, when I return.

Accordingly, in the meantime the blogs will pause for a bit, but should be back in mid August.

Until then I hope you continue to enjoy using your Amiga systems, Next Generation or Classic!