Yesterday MikeJ released a new Amiga core for the FPGA Arcade which apart from scrollwheel support, OSD options for Mouse/Joysticks and some 2nd joystick button also added 3 headers on the AUX_IO spot for Power, Floppy and Hard Drive LEDS.

That was awesome cause I had no appetite to get these signals by soldering wires to the SD access SMD LED.
After I opened the case, I tried firstly with a spare LED to see if the signals were working ok. First I tried the power LED (although I wasn't going to use it as I have the signal from my custom circuit (before the core is running which I prefer it). 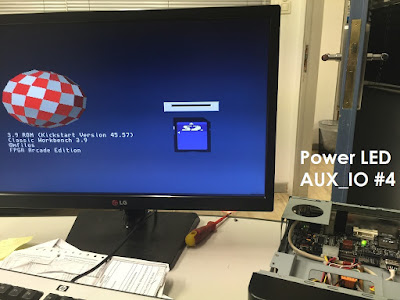 Second it was the floppy LED that I used by opening an "Workbench 3.1" image... 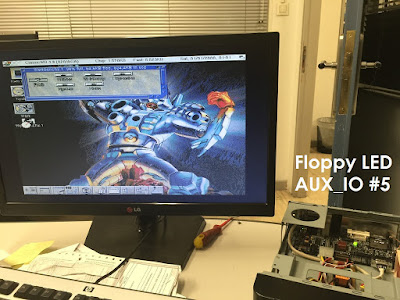 Last but not least was the hard drive access LED that I tested while system was booting (what a nice LOL picture of the ghost loading icons). 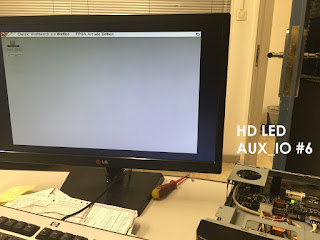 So after seeing everything was working as intended... I dismantled the board from the case once more, and attached 3 rows of pins to the AUX_IO spot to have for future use (you can see it in the top middle area of the board right from the RS232 connector) :) 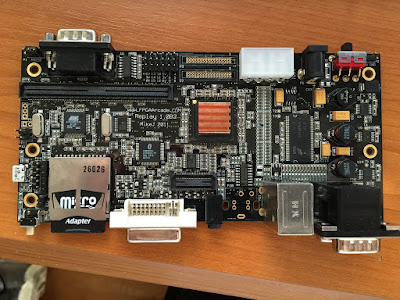 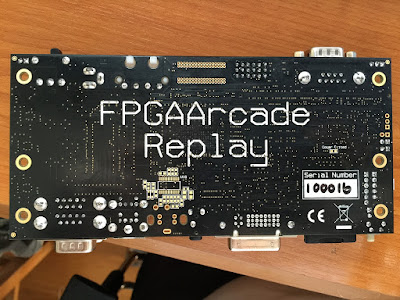 Because the case has one bright Blue led for Power and one Orange one for the Hard disk access, I thought about changing the Blue cause I didn't like it, and replaced the Orange one with a dual LED (Orange for hard drive access, and Green for floppy access).
As you can see from the pictures bellow, I had to get the extra signal along with the other cables so I put an extra wire for it :) 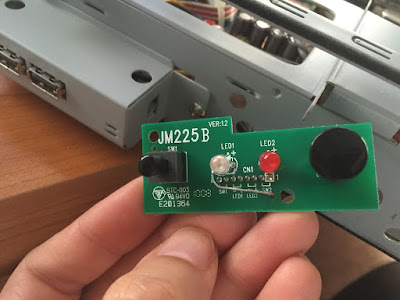 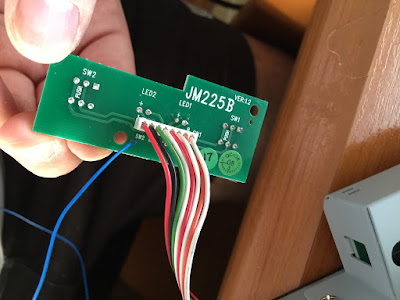 As always, and because I want to keep always a tidy up space inside the case, instead of stretching the cables for my need, I made an extra custom extension cable for connecting all the necessary LEDS to the FPGA Arcade board. 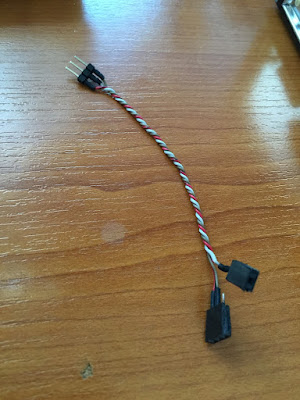 Everything was ready and testing was successful :) 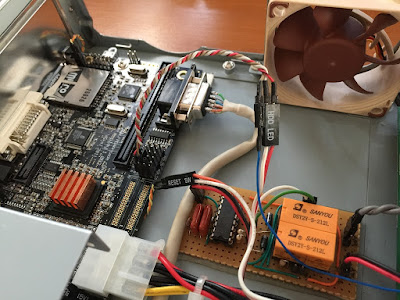 Also, because the power LED (now in red) was still VERY bright, I decided to put an extra 4.7KΩ resistor just to keep it dimmer. Ofc the resistor was placed inside an insulated extension for better looks (lol). 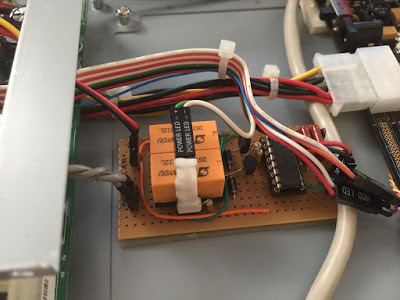 And a last panoramic view from the mods before closing the case. 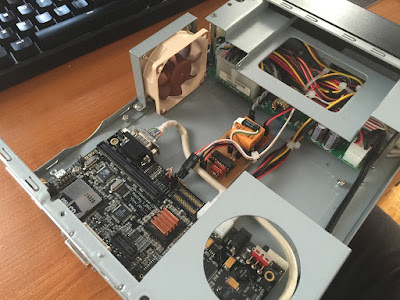 Here you can see the Power red LED... 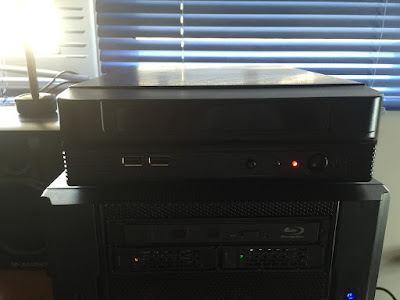 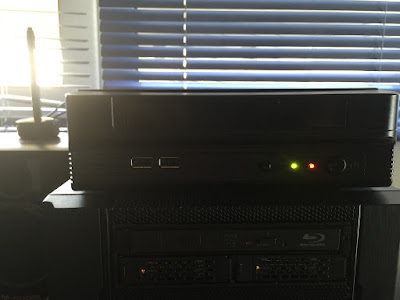 And the orange HD LED. 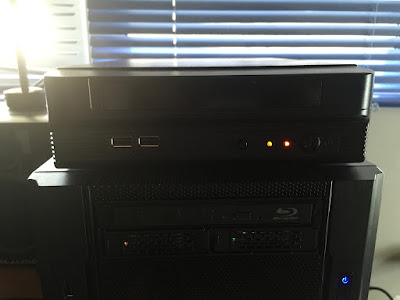 Last because a friend asked for it..., I present some photos of SysInfo, AIBB and WhichAmiga for fun.
Not bad for a system not using Cache :) 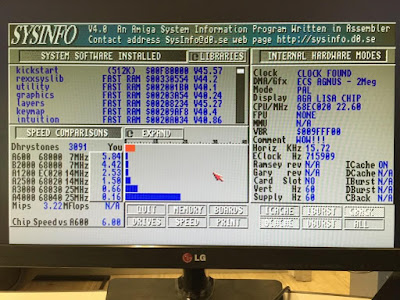 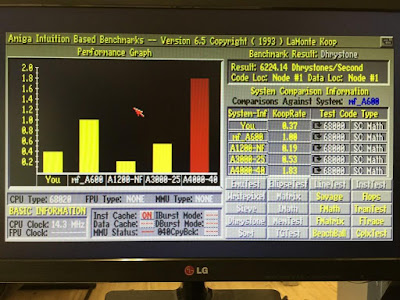 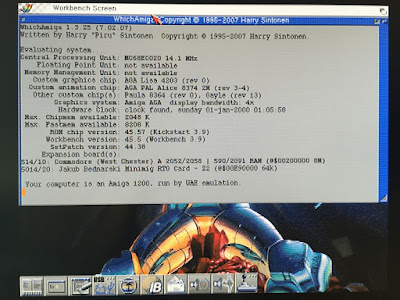