A600: Spare A600 mobo recapped, serviced and replacing current

Since many years I had a spare A600 mobo from my really old A600 that had some cap issues (sound etc) plus some old hacks I did when I couldn't hold a soldering iron correctly :)
Since I didn't have much time my really good friend Leo (keropi) offered to help a bit.

After getting a cap kit from AmigaKit, he changed the caps but there were channels missing in audio... He checked and changed the audio amp chip (from a spare dead A600 mobo) but still no fix.
Then he decided to salvage Paula from the dead mobo and finally that was the problem!
Now my mobo is working flawlessly so I received it and tested it with great joy.

Since it was working perfect with my Vampire I decided to replace my current mobo (that has some audio issues as well, along with some RGB to scart issues (caps desperately needing change).

So new mobo got the following hacks 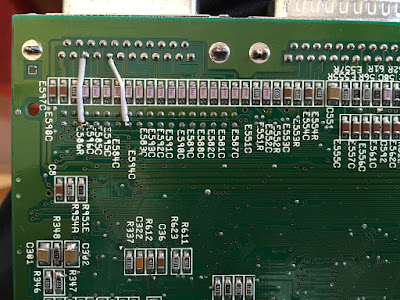 Next it was the 2nd floppy LED wires that would attach next to the LED header. Previous mod can be seen here. A lot cleaner in this go :) 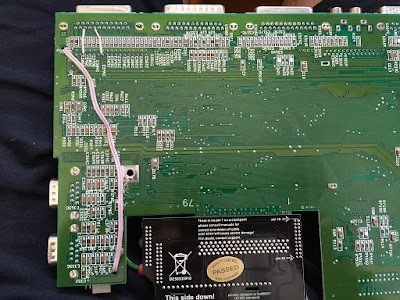 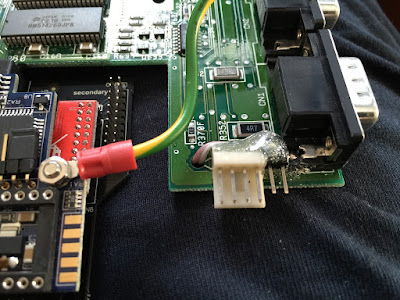 Here you can see Ratte's switch in RF modulator space, the ribbons for Native/RTG fold carefully and hot-glued on top of kipper2k's angled adapter and then going under Vampire. 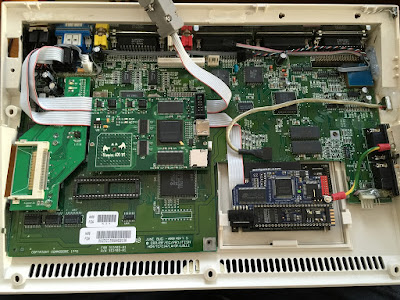 And here you can see the whole unit ready to rock with everything on. 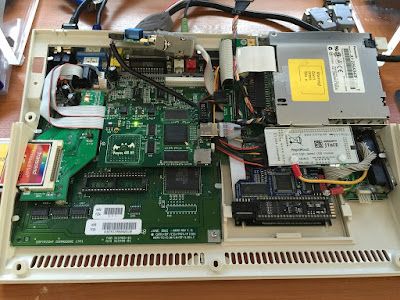 You'll notice in the previous pic that the old switch that I used for switching between Kickstart 1.3 and Kickstart 3.1 was removed as nowadays the kick resides inside the Vampire. Instead, I thought of putting a bigger switch I had (ON/OFF/ON) for switching between Ratte's switch modes (Auto/Native/RTG). It took me a LOT of time trimming and filling the switch in order to be able to fit in my A600 but it fitted like a glove once I was ready. 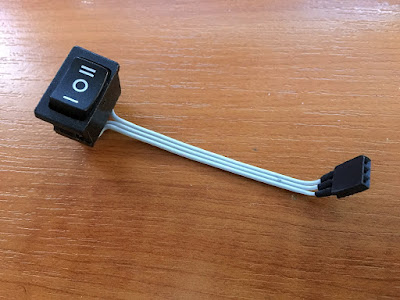 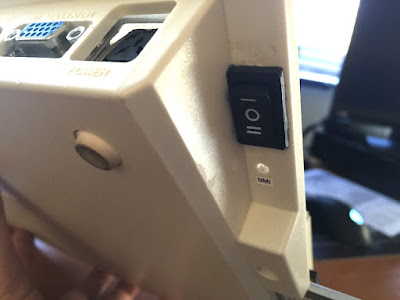 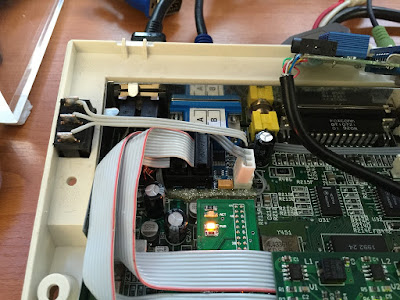 Some things that are missing (if someone knows my setup) are the following: