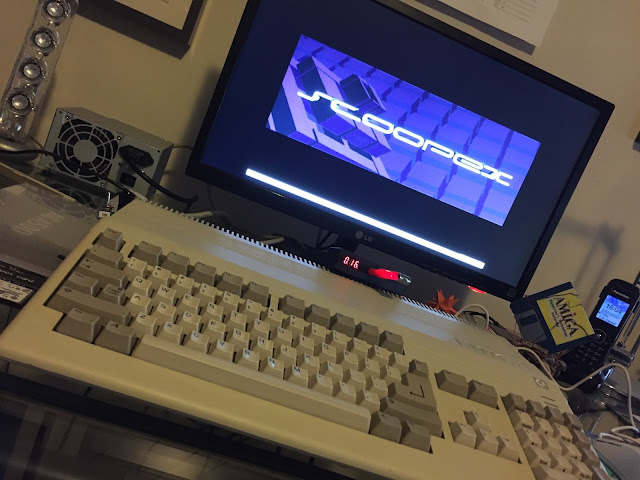 The main benefit of doing this is so that you can boot a Gotek floppy drive emulator as DF0 without having to hack up the case to fit it internally!

I picked up the DF0 Selector from Amigastore.eu a while ago, in preparation to doing this on the Amiga 1000, but since the Amiga 500 is here I thought I would set it up on that instead!

Here is the DF0 selector as delivered: 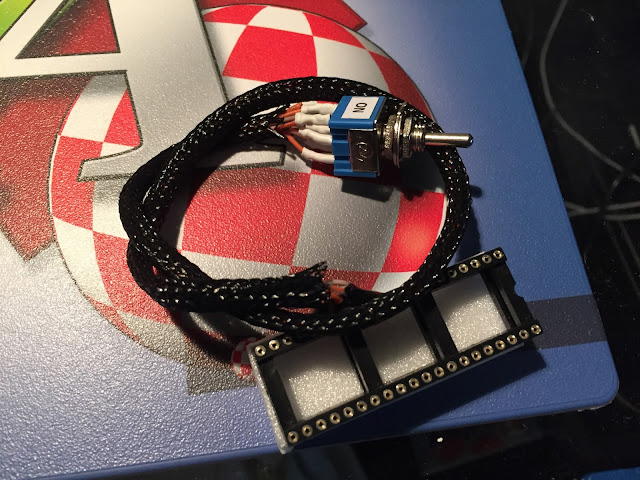 To do this installation, we need to remove the Even CIA chip from the Amiga 500 motherboard - here it is, shown just below the internal floppy drive cable connection: 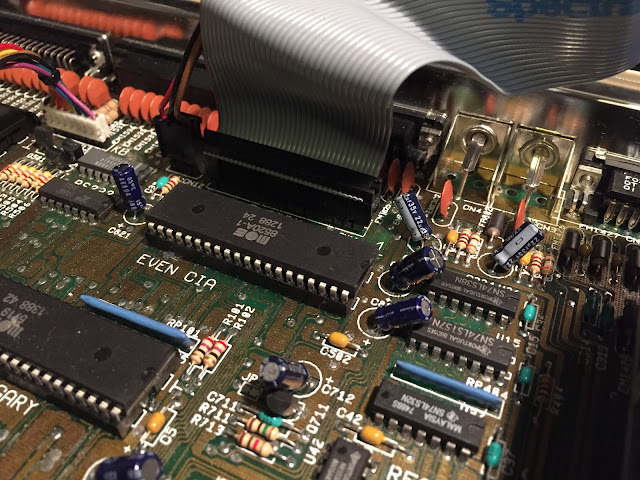 Here is the chip safely removed: 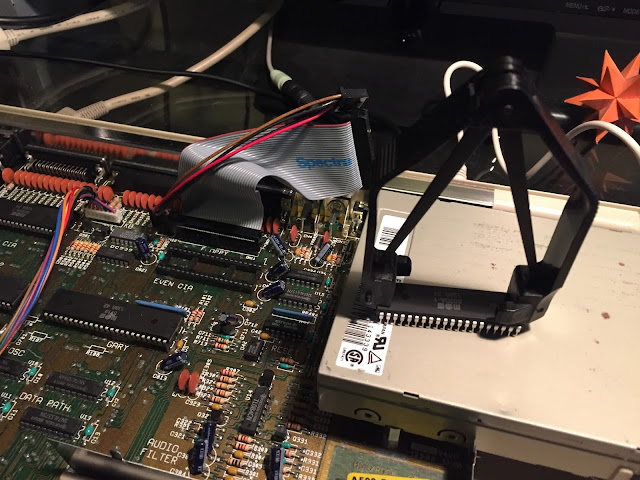 Paying careful attention to the chip orientation, I place the even CIA chip on the DF0 selector socket connection as below: 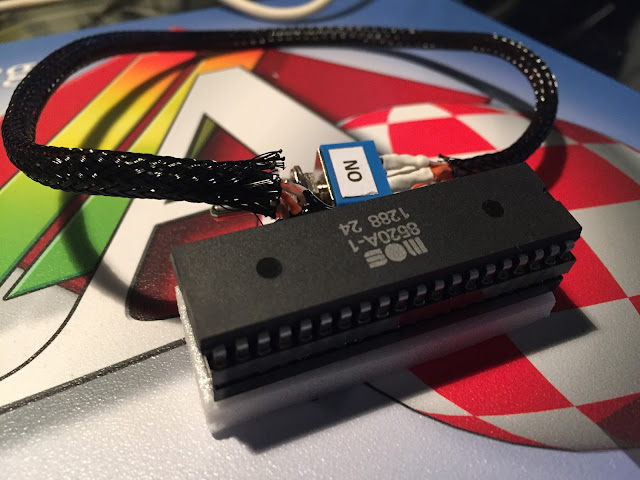 I then install the DF0 selector back onto the Even CIA socket: 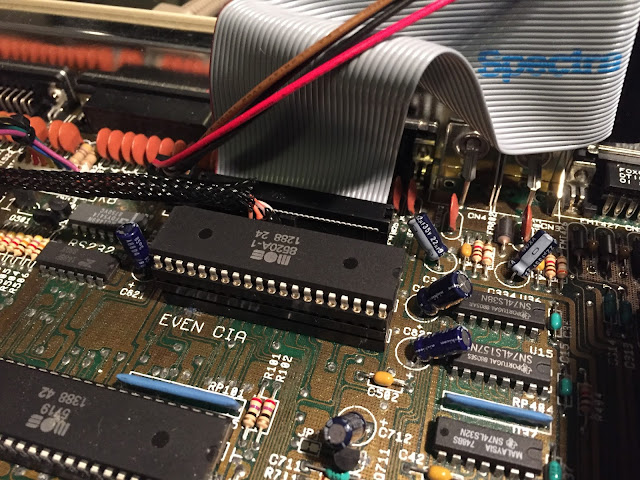 As a temporary measure I route the selector switch out through the left hand side expansion gap (same as I did for the Indivision ECS): 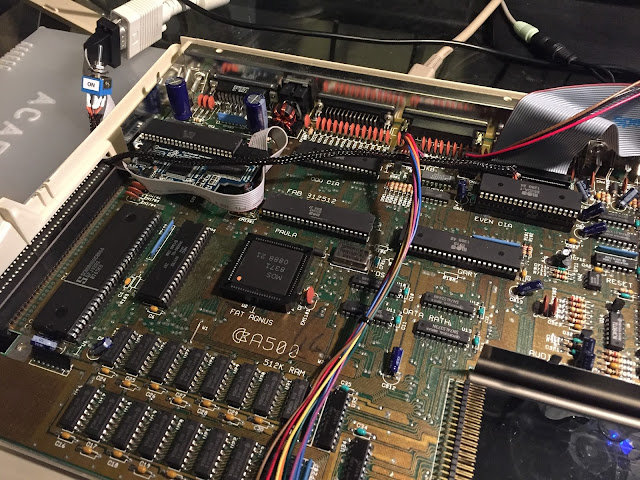 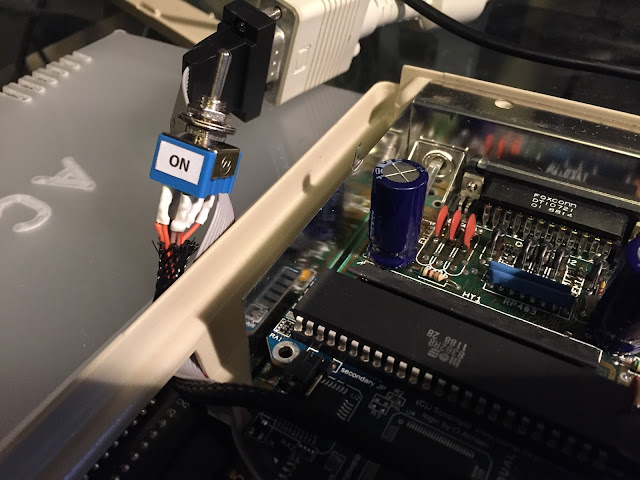 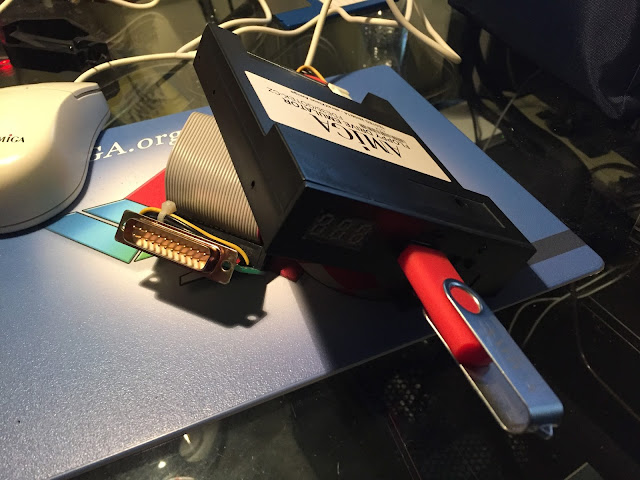 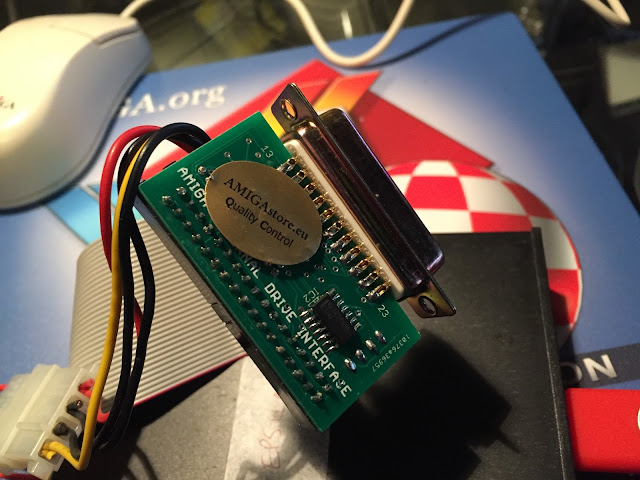 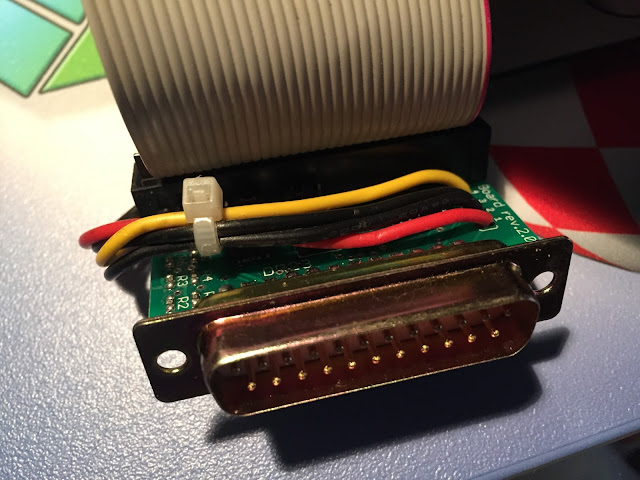 With the Gotek connected to the external floppy drive port and selected as DF0 using the DF0 selector I then fired up the Amiga 500. 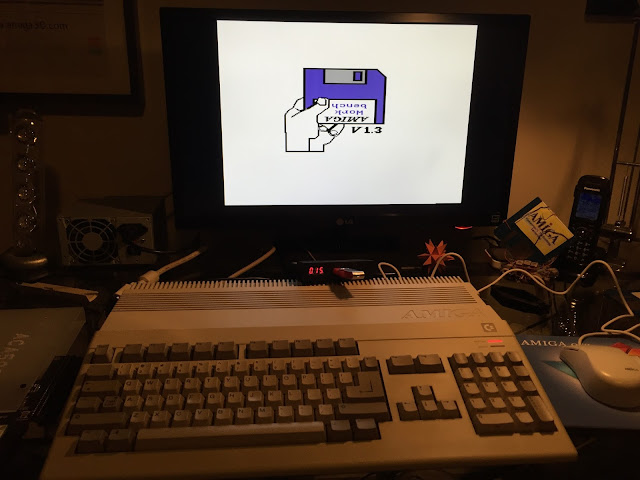 I confirmed it booted the Gotek fine as DF0 straight into the selector.adf. 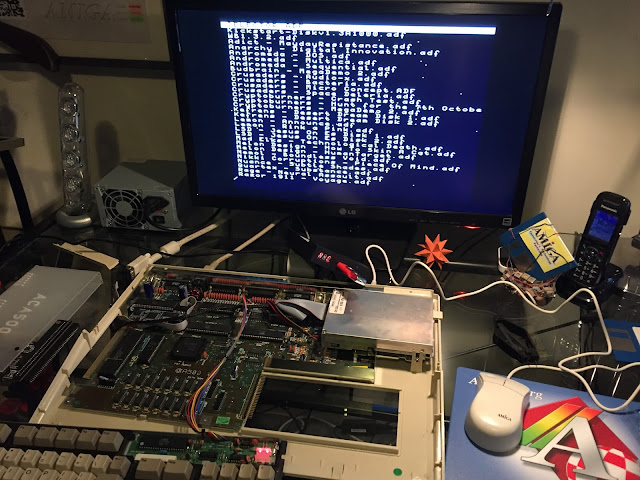 Now for the real test - some tracks demos which are hard coded to only accept DF0 - Scoopex's Mental Hangover demo is a nice choice that works with the 512k we have on this Amiga 500 - one of my favourite demo soundtracks too. It works! 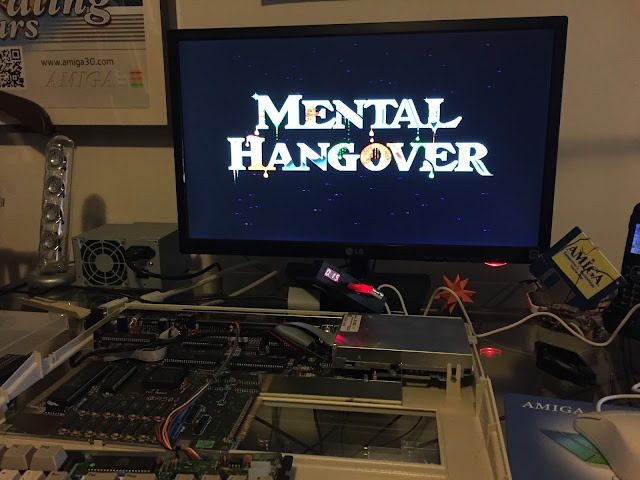 I put the Amiga 500 case back on and pleased to say everything still works: 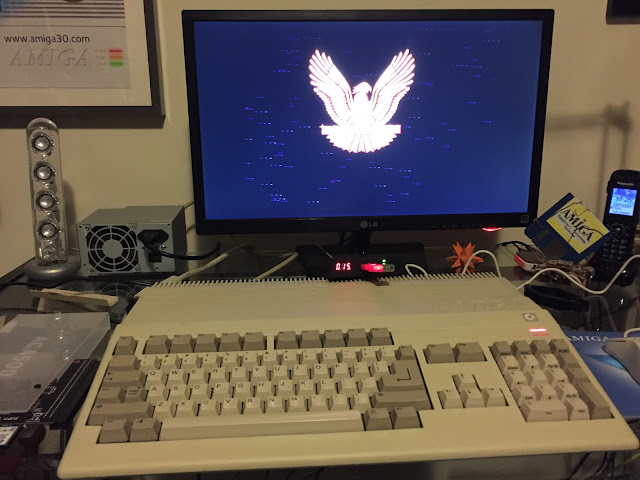 One thing that has been bugging me is the lack of memory - only having 512k memory limits what games and demos I can try out. But thanks to the ACA500 help is at hand! 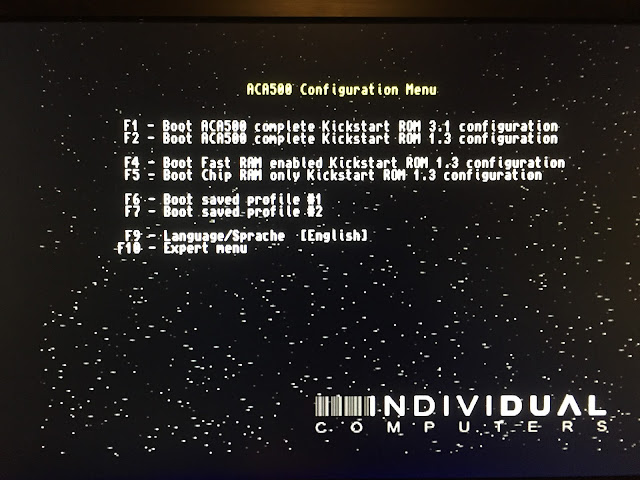 If I choose F4 to boot Fast RAM enabled 1.3 configuration, the system now have 2MB memory available! I booted up the Workbench 1.3 ADF from the Gotek to check this: 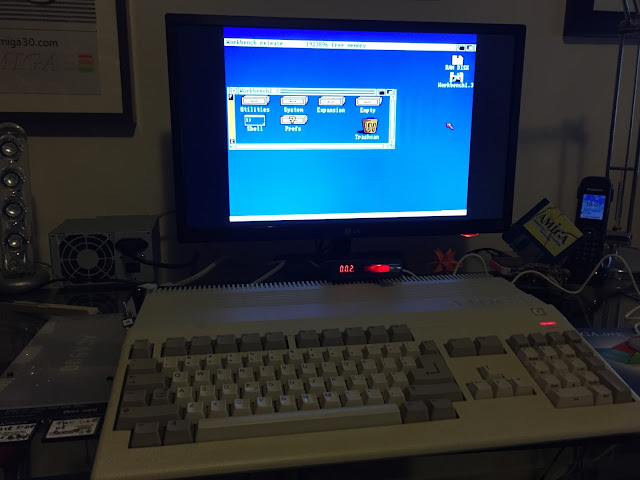 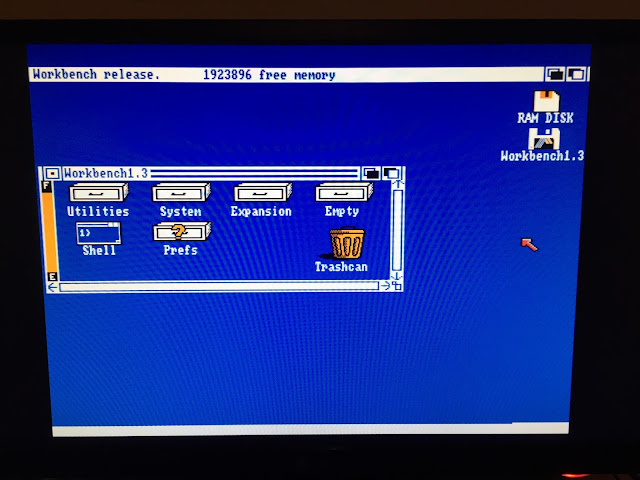 So now I can boot up 1MB plus demos on the A500 using the Gotek ADF's (or real floppies if I desire). This is Scoopex's Millennium demo from 2000 running from the Gotek via ADF as DF0 using the DF0 Selector: 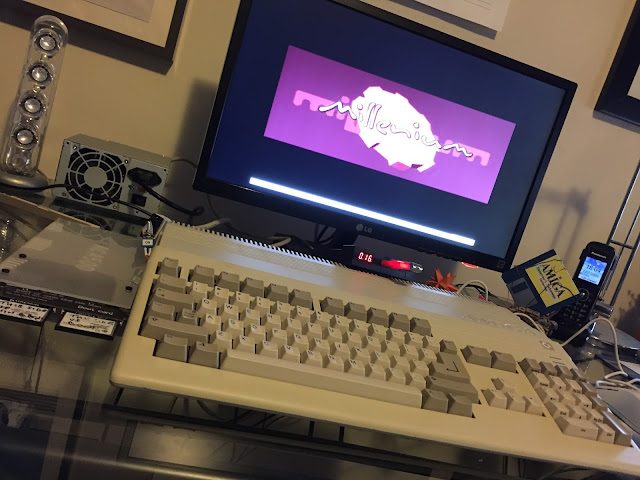 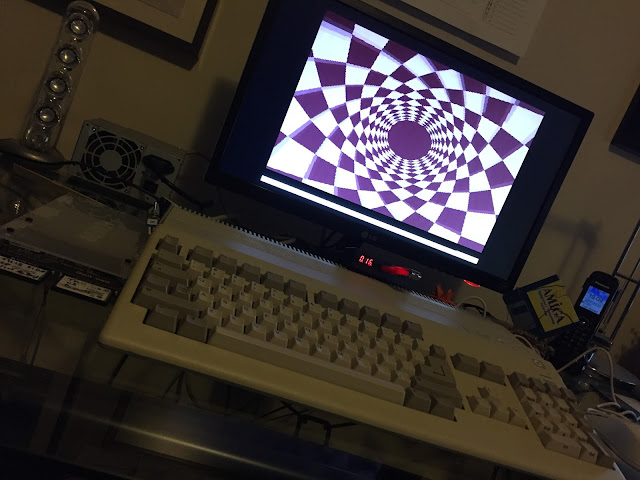 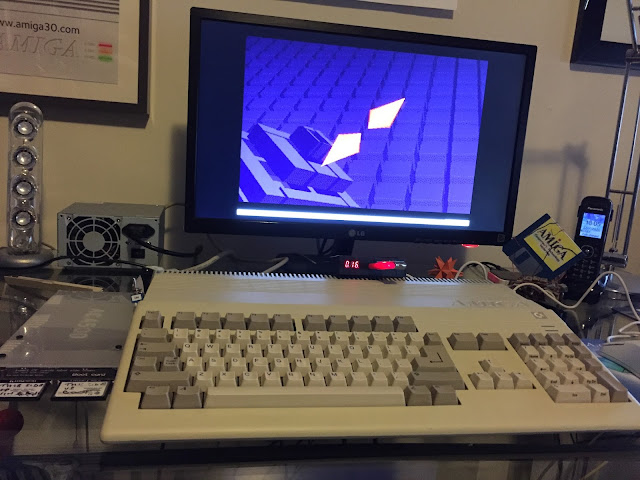 I also tried out Ghostown and Whelpz's Sunglasses At Night, the final version demo from 2015 too - great stuff: 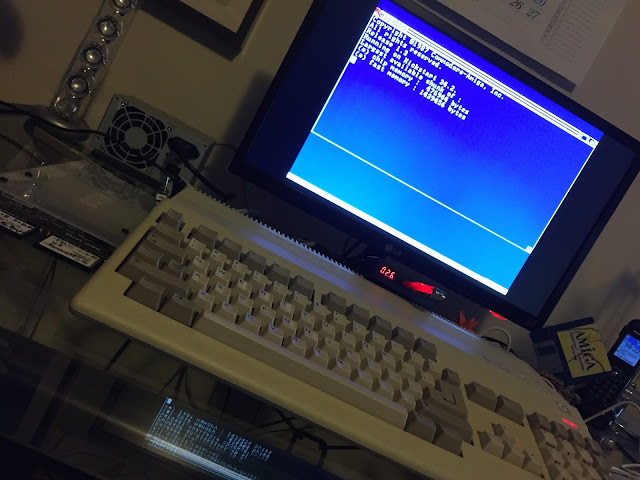 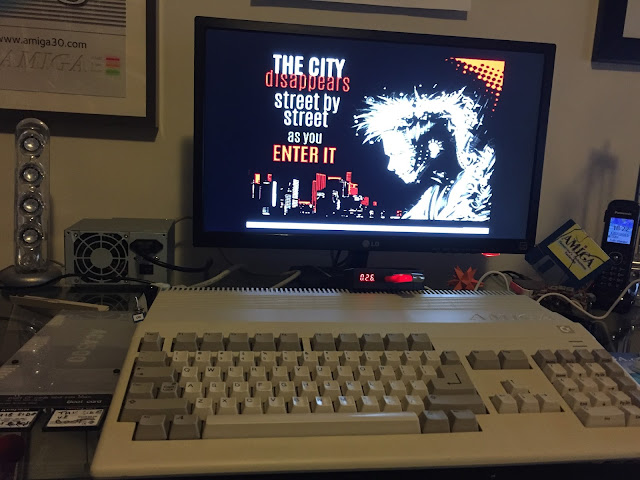 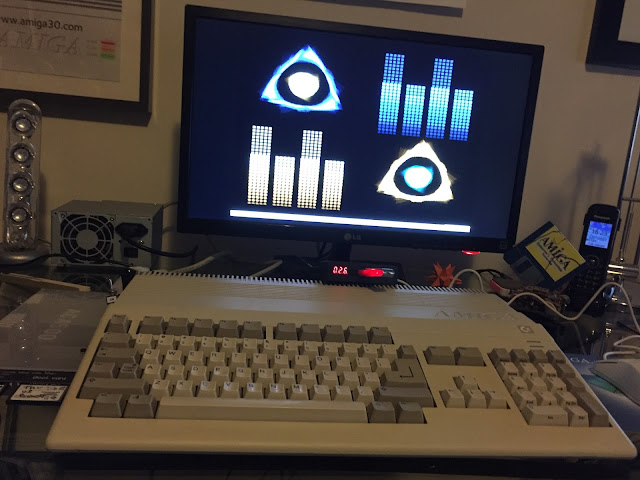 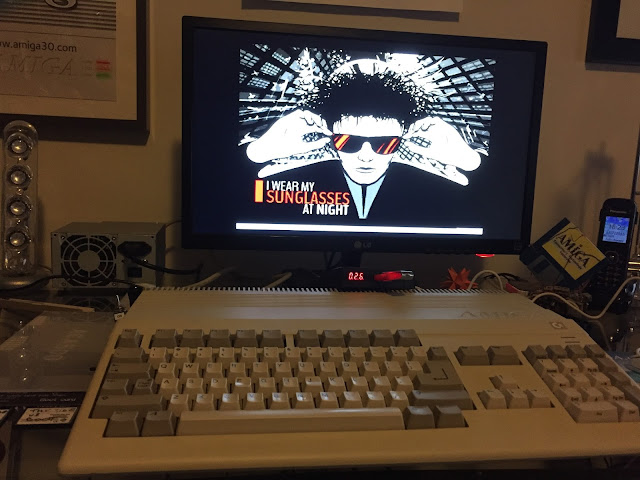 I am happy with this setup now on the Amiga 500!

Well, err, I might do some more with it - tempted to try the MAS MP3 Player hardware on it - Mp3's on an Amiga 500, hmmm, tempting to try it. If I can get a bit more memory and an A1200 accelerator to connect to the ACA500 I could try the Subway USB support too - ahh, so many things to muck around with on Amiga's in 2016!

Reached the end of the weekend and I now have a nicely running Amiga 500 I didn't expect to even have before it! Life is interesting for sure! :-)