Bub and Bob, the heroes from Bubble Bobble, are back! This time negotiating the
hazards of the Rainbow Islands.

Myriad creatures conspire to impede your progress at every fun-filled level
until you face the “Guardian”, the ultimate test of advancement….Good Luck

The seven “Rainbow Islands” and their inhabitants.

Rainbow Climbing – Make Rainbows on each level of the floor and walk up
them. It is possible to stand on the top of a Rainbow.

Rainbow Attack – Hit your enemies with a new Rainbow to kill them.

Rainbow Breaking – By jumping onto a Rainbow, you can break it. This
causes the Rainbow to drop down the screen, killing
anything in it’s path. 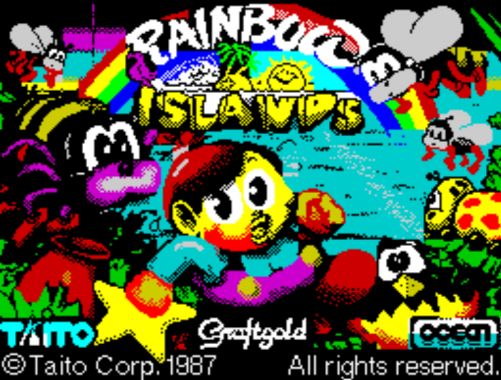 You can pick up objects by either walking into them or by hitting them with a
Rainbow. Also, running a Rainbow along the ground may reveal hidden objects.
These can be collected by breaking the Rainbow above them. 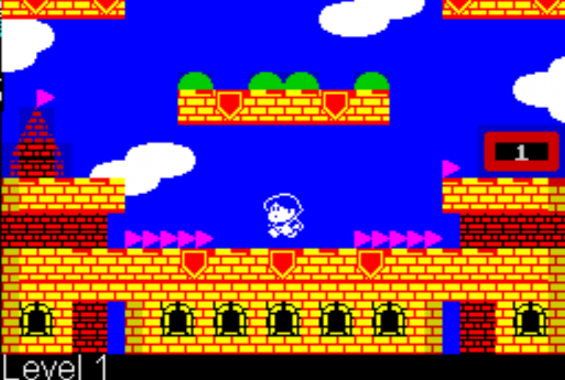 Magic Shoes – Picking up the magic shoes will give you greater speed.

Red Potions – Collecting a red potion will add one to the number of
Rainbows that you can throw, up to a maximum of three.

Yellow Potions – Collecting a yellow potion will speed up your Rainbow
throws. 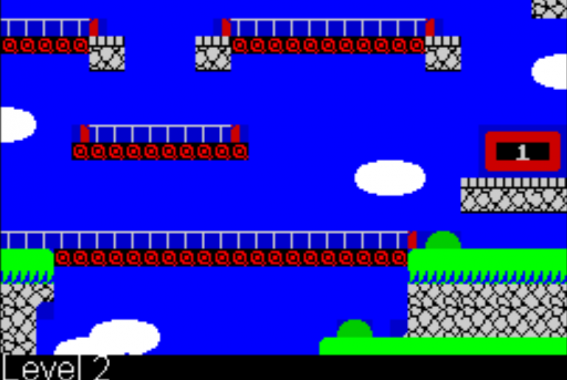 1. There is a secret room on each island. How to access it is confidential!

2. Master the use of the Rainbows.

3. When the ‘hurry’ message appears, get to the top of the screen as quickly
as possible. 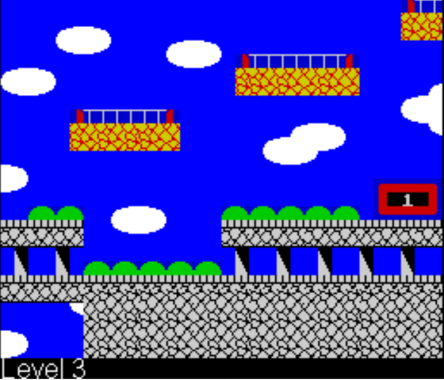 I was a huge fan of the original Bubble Bobble so was excited when the sequel was due to hit the Spectrum.

The visuals are outstanding with great colourful stages along with sickly cute enemies and main character sprites.

I pretty much plays the same as Bubble apart from you have a rainbow as you weapon which also acts as your way of moving upwards.

To complete a level you must battle your way to the top of each level killing enemies and creating rainbows and jumping on the as platforms as you move higher and higher.

The music is nice and of course cute!  I would recommend any fans of the original go give this ago a sick bucket maybe needed!!!