I found out this week how to get WHDLoad games working under Workbench 1.3!! I always thought it was impossible and that you needed a newer kickstart...I will share how I did it! 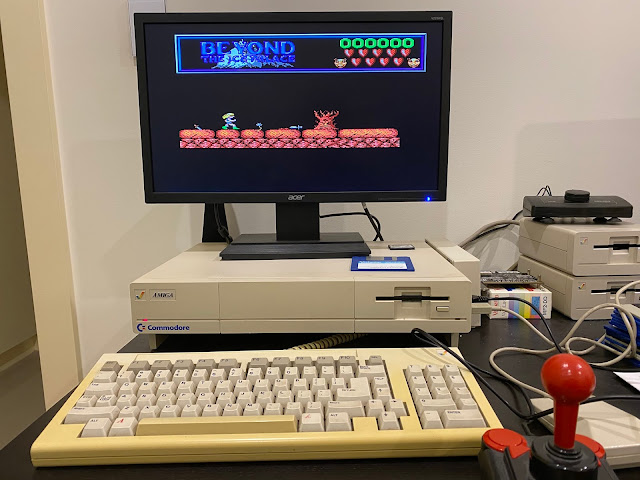 The reality is that WHDLoad itself DOES NOT work on Workbench 1.3, but using a separate program called JST you can run whdload slave files under Workbench 1.3.

My Amiga 1000 uses a 2MB memory expansion, plus a ACA500 attached to the expansion slot, as below: 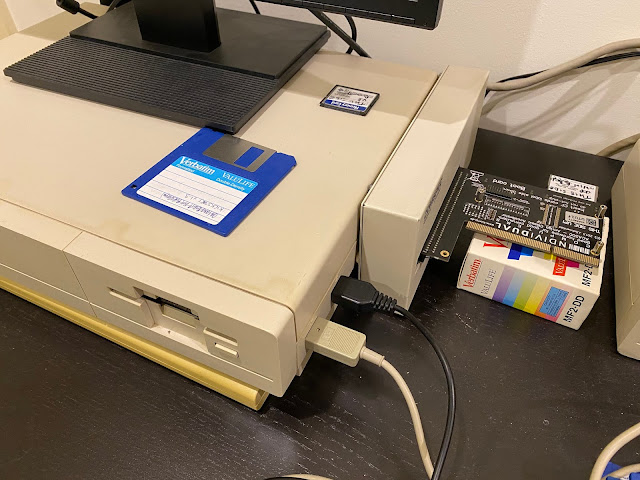 This allows me to boot Workbench 1.3 from CF card with a v1.3 kickstart - no need for kickstart or hd boot floppies! It was unstable when I first tried this a while back but after flashing the ACA500 firmware to the latest version it works very well and reliable now.

I am using a 2GB CF card for the Amiga boot drive. I set this CF card originally for the Amiga 3000, so the partition names are labelled WB_1.3 and WB_2.x to support the Superkickstart. But I am not using that here.

I copied my Amiga 2000 Workbench 1.3 Hard disk setup I did back in 1991 to the WB_1.3 partition, which features Simgen backdrop, tbar window frames and a changed font, upgraded shell, amongst many other customisations I did back then! 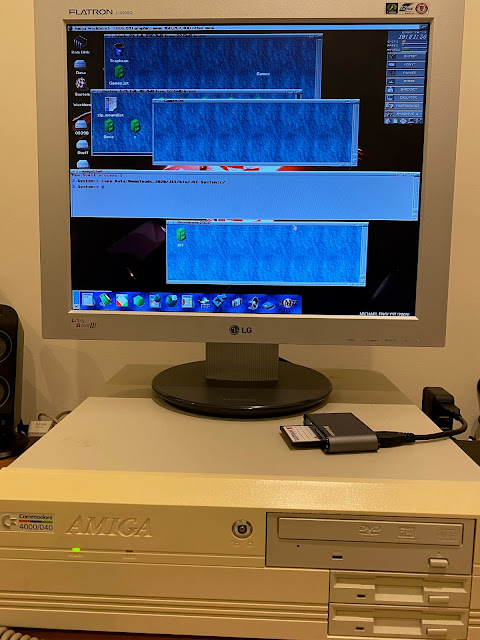 From the A4000 I downloaded the latest JST archive from the author's website here. I then extracted the jst binary file from the zip and copied it to c: on the CF card.

I created a drawer called Kickstarts under the Devs drawer on the CF card, and I then copied the kick34005.A500 files to that drawer. This is needed by JST: 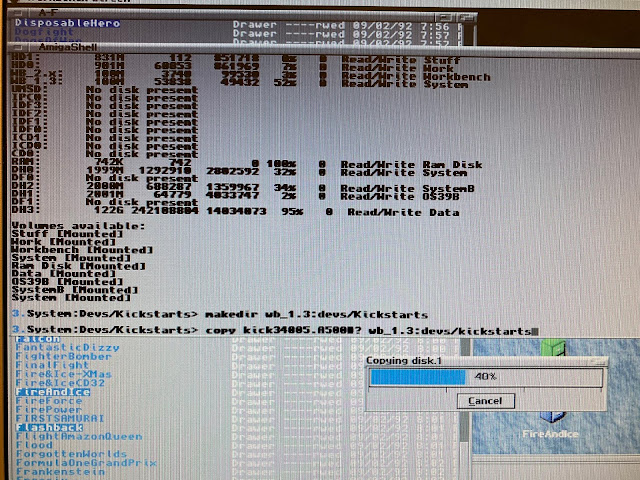 At the same time I was busy copying my favourite Amiga WHDLoad games from my A4000 hard disk to the Work partition on the CF card so I could try them out... 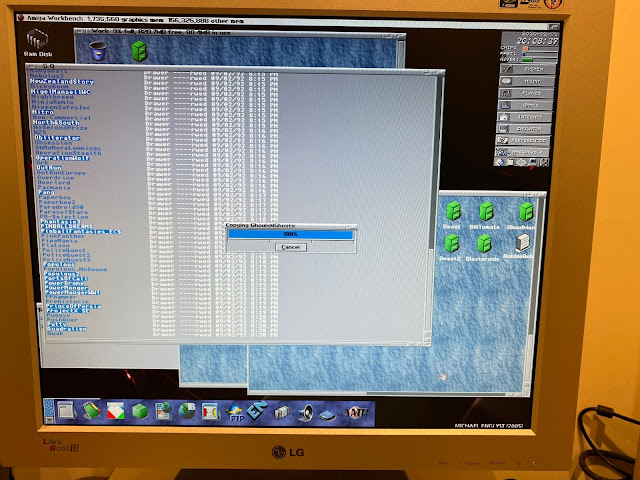 With that done, I put the CF Card back into my ACA500 on the Amiga 1000 and booted into the Workbench 1.3 environment.

To launch the whdload games using JST, you need to called each game slave file from JST in the Shell, as below:

The readme in the archive includes other parameters you can specify, but note that on a 68000 Amiga 1000 (like mine) most of these are not available to use.

The first game I tried was Gods - a bad choice as it turned out. Seems my A1000 doesn't have enough chip memory to run it: 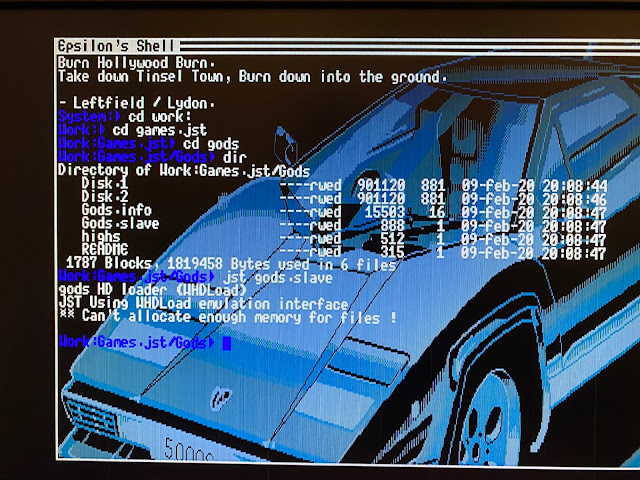 So I picked an older game to start with, Beyond the Ice Palace, which I know works on the A1000 from floppy disk normally. 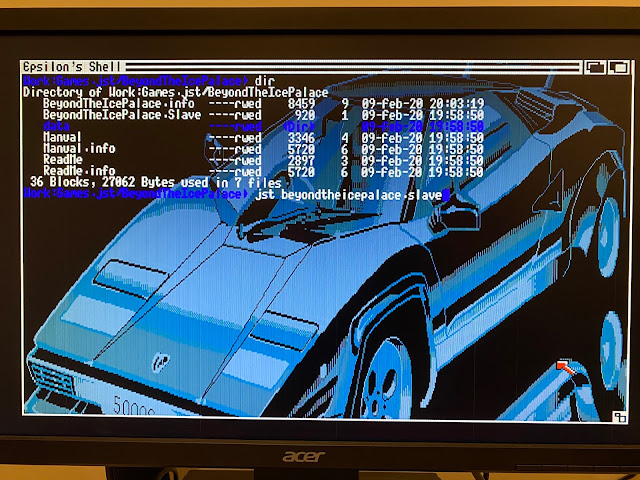 Voila! It works! I can play a non-dos game on my Amiga 1000 hard disk using JST with no floppies - how awesome!

I can even quit the game with F10 and return to the Workbench cleanly, as long as the key mapped for it on the game is on the keyboard...I found a few games use the '*' key on the numeric keypad, a key I just noticed that the A1000 keyboard doesn't have! 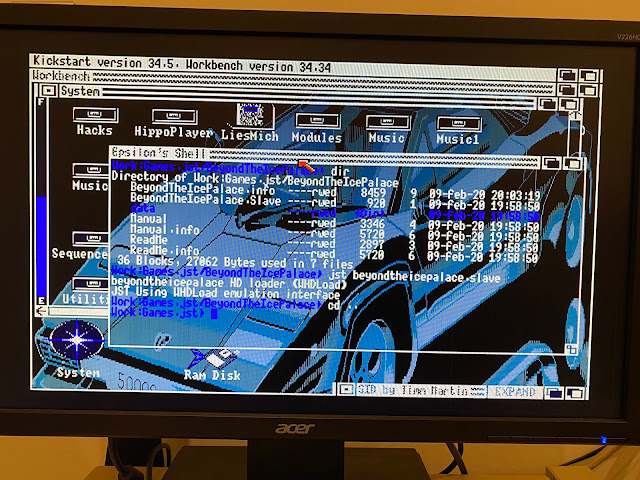 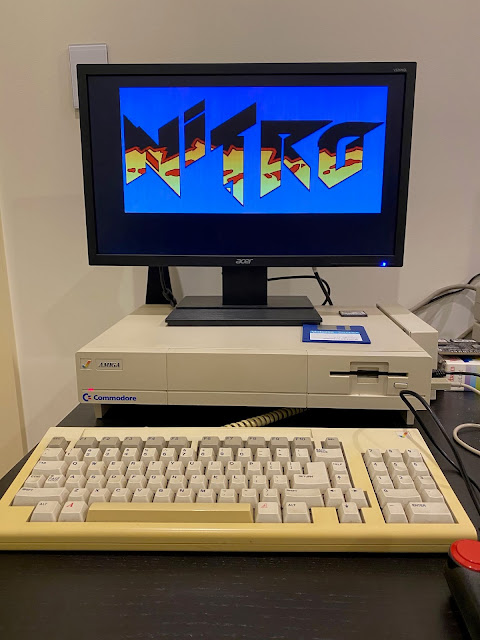 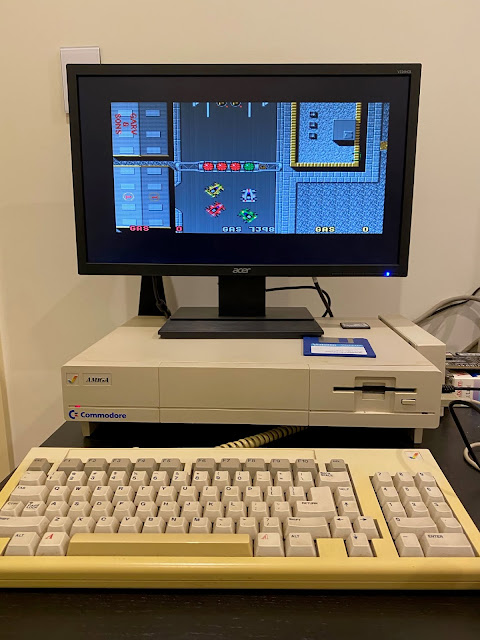 Last, but not least I tried out Lotus 2 on Workbench 1.3, which again worked perfectly using JST. Look mum, no floppies! 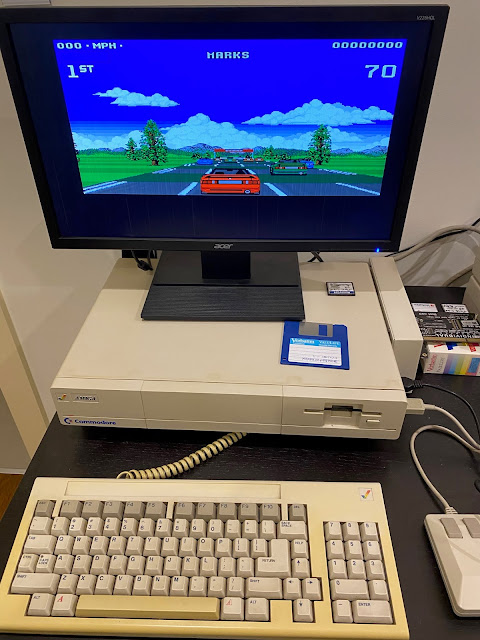 I didn't have a lot of time to play with this during the weekend, but I was so excited by being able to play WHDLoad games under Workbench 1.3 I had to try it out quickly late last night, and share how I got it working in case anyone else wants to try it.