IBrowse has received another update, increasing it's version number to 2.5.5.

According to the release announcement, not much has changed visually, this is a maintenance release primarily addressing bugs, but also bringing a couple of new features - here's a quick (incomplete) overview of the changes in version 2.5.5:

Note: The installer script from the demo archive seems to have some small bugs - read below on how to fix.

Error "GETENV: String too long!" is probably caused by a "getenv" that doesn't properly evaluate under AmigaOS3, you have to make a little change to this "if" statement (near line nr. 1640): 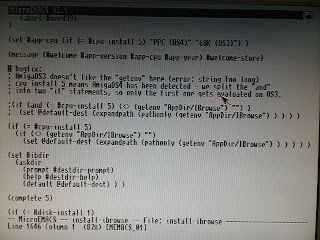 Error "Unterminated string literal" might be a quoted string that has to be properly terminated on the same line (near line nr. 1507): 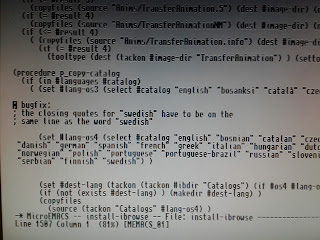