It is amazing to think it has been 10 years since I first got my AmigaOne X1000 system, back in early 2012. I didn't want the anniversary to pass without mentioning it - even though it is not the triumph I was hoping for back in 2012! 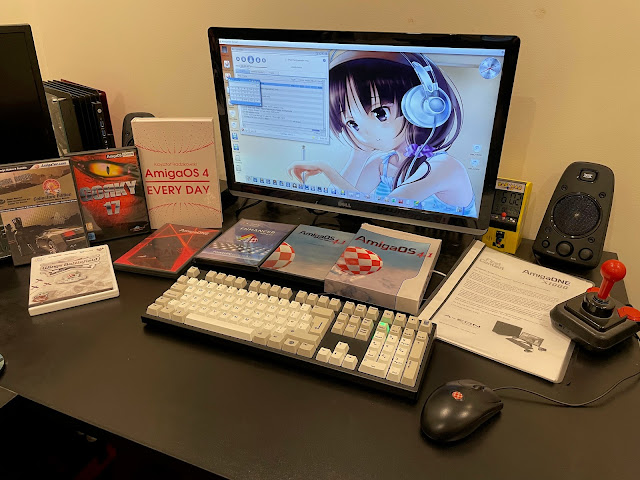 The X1000 was the reason I started this blog originally, covering the new (at that time) AmigaOS 4.1 operating system and the new applications and games released over the following years. 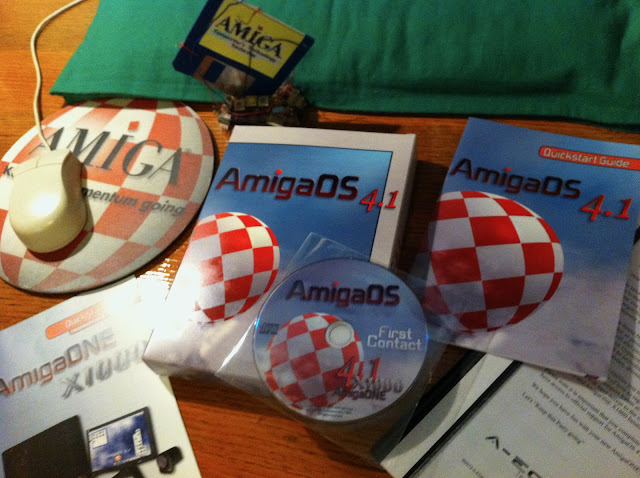 I was excited by the prospect of a continuation of the classic AmigaOS into a new, much more modern next generation Amiga system, with new Amiga functionality and modern games and applications. I really enjoy using AmigaOS 4 during this early period. 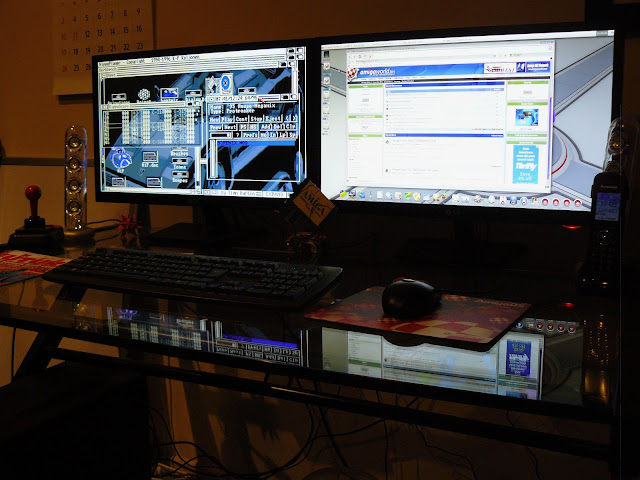 For a number of years I toiled away on this blog, buying and trying out the new software, doing upgrades, and trying my best to keep interest in this system alive, to encourage developers and Amiga fans to take up this amazing new system. 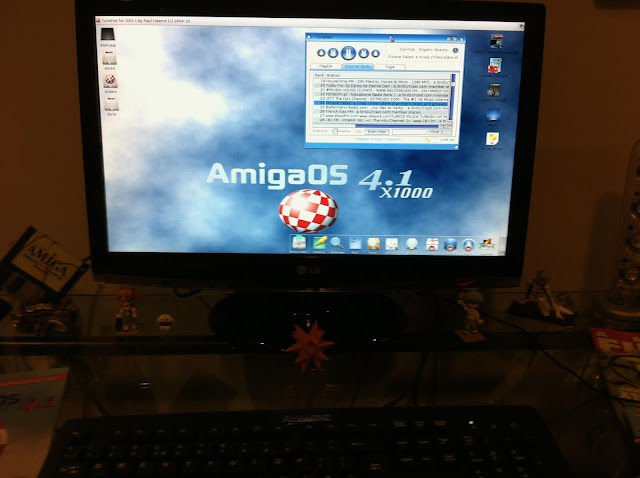 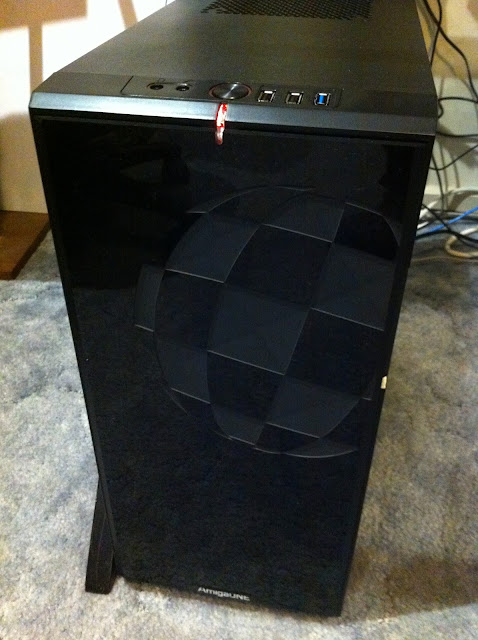 Having AmiStore developed by A-Eon as an application on AmigaOS 4 to buy games, applications and utilities online on the AmigaOne X1000 is fantastic. I wish there were new titles in 2022 to buy on it. 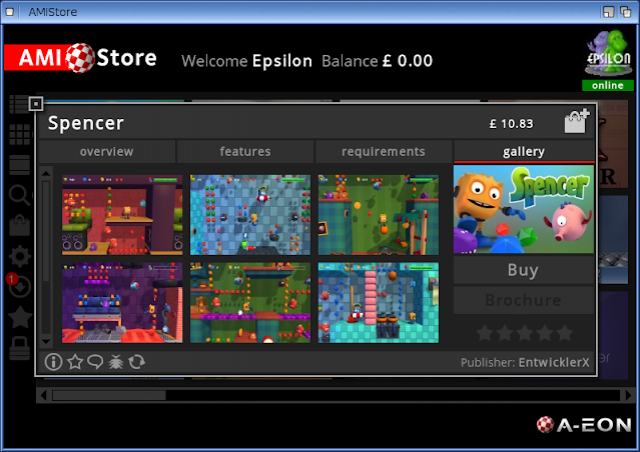 As the X1000 was prematurely ended due to CPU supply problems, and necessarily replaced by the (slightly cheaper) X5000 system, there was still hope for the platform, especially with a cheaper A1222 system also planned to make the next generation systems more affordable. The A1222 reminding me of the Amiga 500 and what it did for the Amiga's popularity. 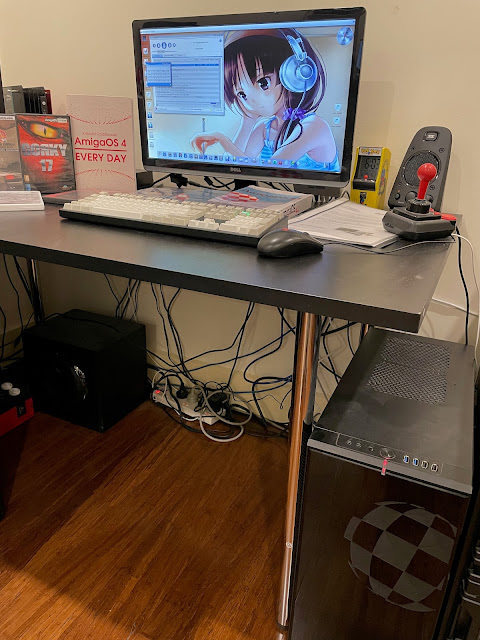 I even bought the X5000 in 2018, lured by the possibility to run AmigaOS 4 and MorphOS on the same system! I also bought the cheaper Sam 460CR system from Acube Systems, all running AmigaOS 4.1. 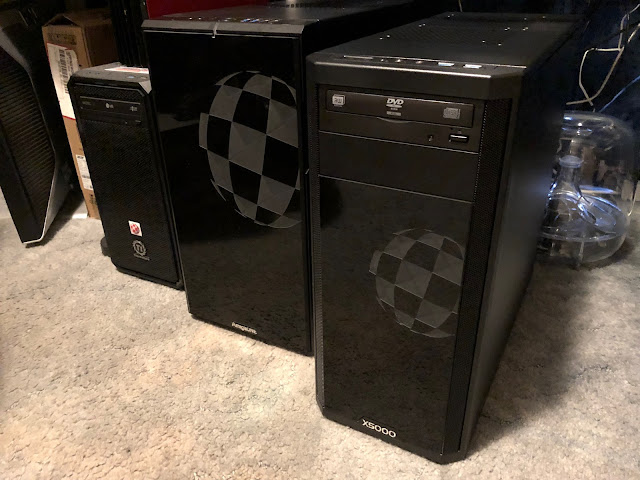 Sadly however, not a lot has happened for AmigaOS 4.1 in the past few years (apart from two service packs for bug fixes, the last released in 2020).

The lack of new software releases meant my interest in it has reduced as a result. Indeed, today is the first day in 2022 I have turned on and used the X1000. Most of my Amiga attention these days (like for many others) is on the Classic Amiga systems, where there is a lot still happening.

There are a lot of reasons for this of course, especially the ongoing legal action between Hyperion Entertainment (developers of AmigaOS 4), and Cloanto over the rights to develop new versions of the AmigaOS. Also the lack of developers able to push the next gen platform forward. This has reduced progress on AmigaOS 4.1 to a trickle, and A1222 support is moving along very slowly, which after 6 years is hardly a secret! 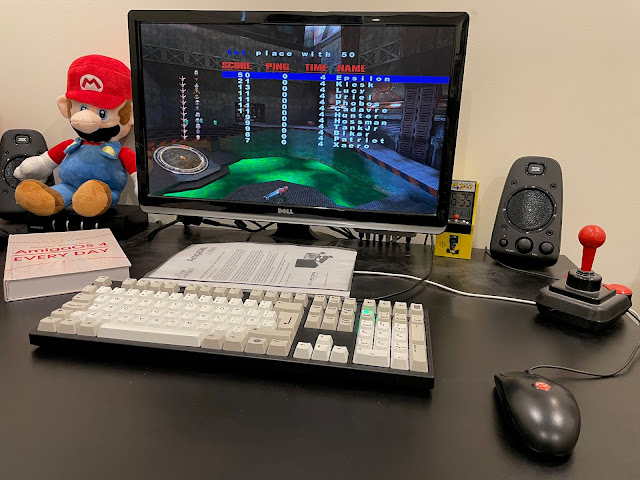 X1000 owners like myself never did see the paid in advance upgrade to AmigaOS 4.2, promised as part of the system purchase back in 2012...X1000 owners did however have to pay for AmigaOS 4.1 Final Edition, named that way presumably to avoid having to provide it to X1000 owners for free...this leaves a sour taste in the mouth for many owners.

As does the Wings Remastered software for AmigaOS 4 I pre-ordered for and never received. At least for Tower 57 I did get the game I supported via Kickstarter for a AmigaOS 4.1 version (not the boxed version I paid for though), and it was a great game by the way - a game that could simply never be run on a Classic Amiga system. 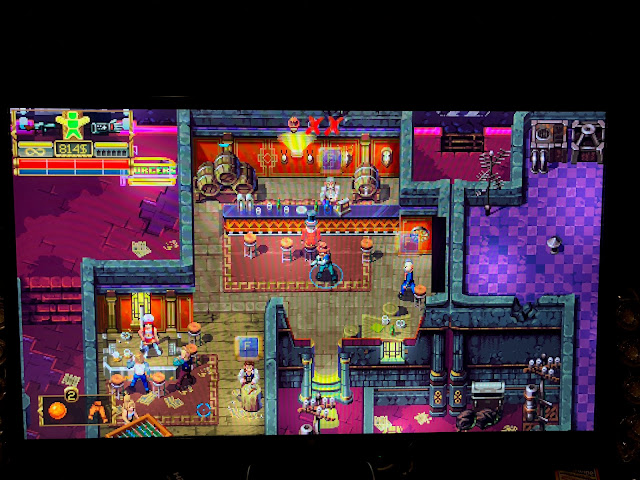 New release games using Warp3D Nova enhancements for AmigaOS 4.1 in 2018, for example Spencer for AmigaOS 4.1 on the X1000 are amazing, and I could never have believed such titles to be released for Amiga! I was so glad to buy and support the developers, looking forward to more! 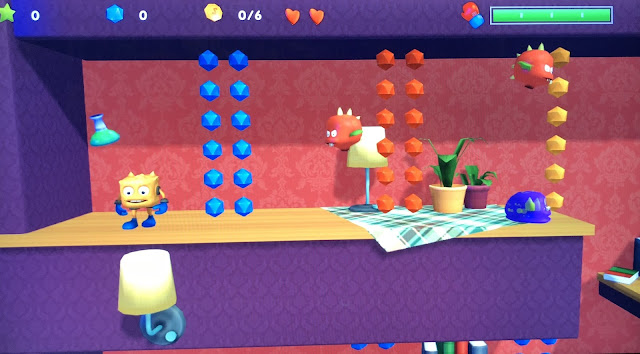 The resurgence of Retro computing interest in recent years should have been a real catalyst to push forward this next generation AmigaOS 4.1 platform to nostalgic Amiga fans.

Instead though, FPGA, emulation, and old upgraded Classic Amiga systems dominate the Amiga landscape in 2022, and development of AmigaOS into a modern operating system has seemingly been pushed to one side in a wave of nostalgia. New games are mainly being released on Classic Amiga only.

Don't get me wrong, these developments are great, and make the classic Amiga environments more comfortable to use in 2022, and it is nice to see new software on Classic Amiga, but this does little to push the Amiga operating system platform functionality forward, the way the X1000 and AmigaOS 4.1 tried to do.

Before the MorphOS fans out there point out the obvious, I am aware that MorphOS has moved along nicely over the past few years, with a number of operating system upgrades, and indeed I run the latest MorphOS on my AmigaOne X5000 in place of AmigaOS 4.1 Final Edition. The development in recent times for MorphOS applications like Iris (Email client) and a new modern Wayfarer web browser are great, but the operating system itself has not changed a great deal in terms of modern hardware support. AROS is in a similar situation, although I admit I have not followed it so closely recently.

The AmigaOne X1000 is great, I love the machine, and what it can do on AmigaOS 4.1 is amazing for the time is was released back in 2012. I got the most out of it during the last 10 years, and I am glad to have it still, as it is still the best machine to run the AmigaOS 4.1 platform on (in my opinion).