A600: Some recent upgrades and additions

It's being a long time since I posted but I was rather busy mostly from work. Thankfully I never stopped tinkering my lovely Amigas but the time was limited sadly.
Also two weeks ago the AmigaHellas website hosted the 12th Amigathering here in Greece in which my A600 took place. That will be covered in a next article though.

For some time I wanted to put some labels for the HxC buttons, the MicroSD lock switch, the NMI switch, and the Kickstart switch. Not something important but I didn't like only me knowing what everything does :)
Maybe in the future I will make something else but for the time being, I decided to print the labels using blank white stickers and this is how it looks:

In the following picture you can see the Pseudo eject floppy button that hosts the MicroSD card and also right to it the Lock/Unlock switch for the MicroSD Card. On the bottom you can see the 3x push-on switches that control the HxC SD Floppy Emulator. 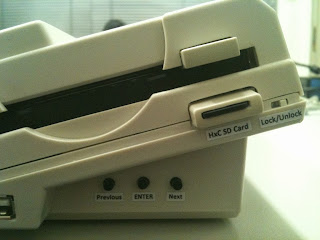 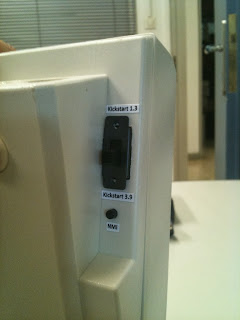 Not anything fancy, but at least now the mods are more informative lol.

Apart from that I also ordered a new Indivision ECS and an A604n adapter as the second A600 I have was naked (although it has the Furia S628 acclelerator) and I want her ready for either the new Vampire 600 FPGA accelerator which will be hosted in another article, or the new Furia 020/FPU accelerator that will be hosted in another article as well :)
Damn, I can never have enough A600s :)

Anyway... I decided to put both the new and shiny adapter in my current A600 beast replacing my old Indivision and A604. Here is how they look: 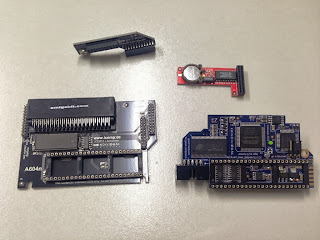 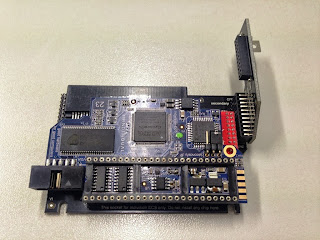 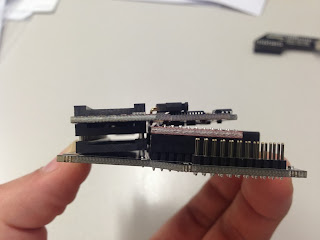 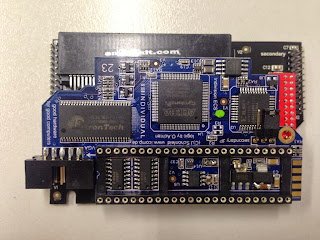 So here are the tiny and non important additions to my beloved miggy. In the next article I'm gonna show some pictures from the Amigathering 2013.