Well I guess many Amiga enthusiasts already know about Majsta and his first worldwide FPGA accelerator for the Amiga 600 called "Vampire 600".

In case you are one of the few that don't know about it (where have you been all this time?) you can visit Majsta's official website here.
I was one of the first that welcomed Majsta's idea and tried to help as much as I could at the time, so I was one of them that received the board soon after the announcement and first release. Sadly due to my excesive work the last month I wasn't able to give a thorough test but surely I will more in the future.
Majsta was kind enough to send me the Vampire 600 accelerator and one spare Vampire 600 newer revision PCB in white as you can see bellow 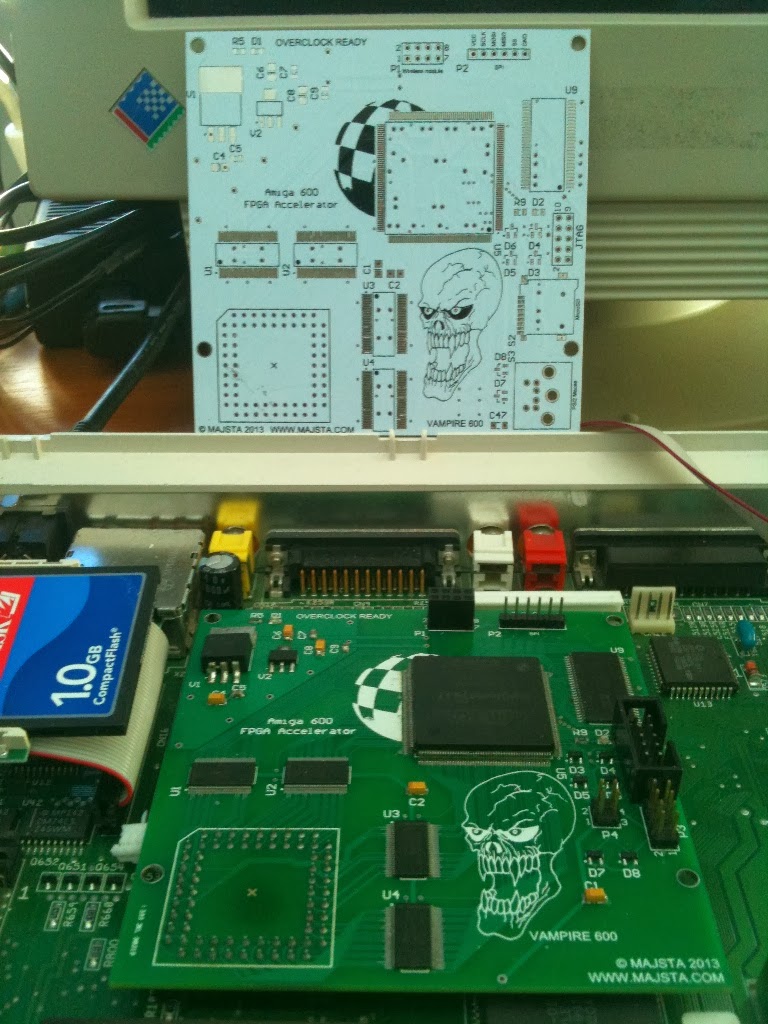 The accelerator is really well designed and fitted really nice on my spare A600 motherboard. 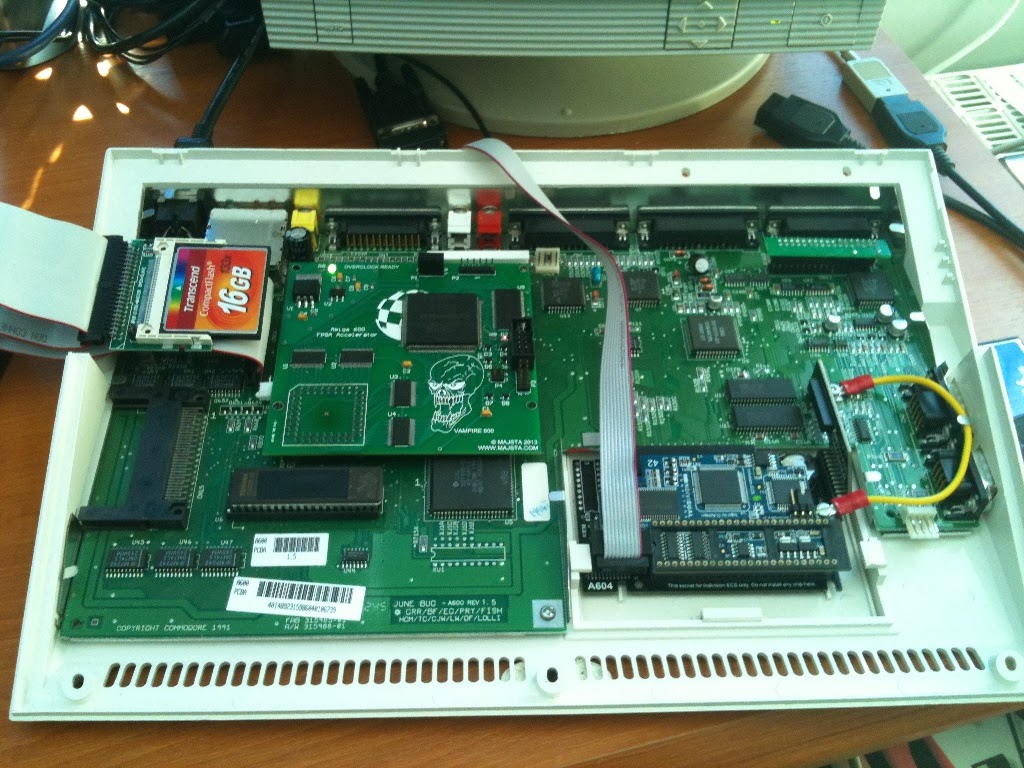 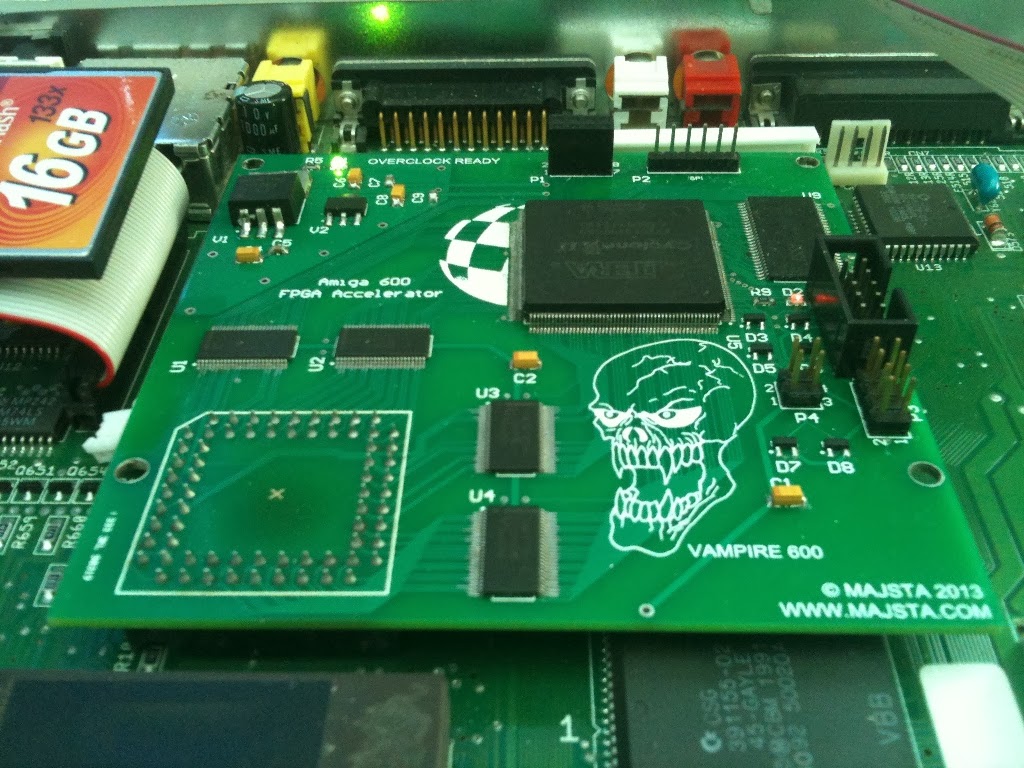 As it's an 020 accelerator (at least on it's current FPGA core) I couldn't run my beefed 030 setup that I host on my main A600 beast (with ACA630) alas I used the already setup of ClassicWB Full that I was using on my Furia S628 accelerator.

I had not a single problem for Amiga recognizing the accelerator as you can see in the Early Startup Menu. 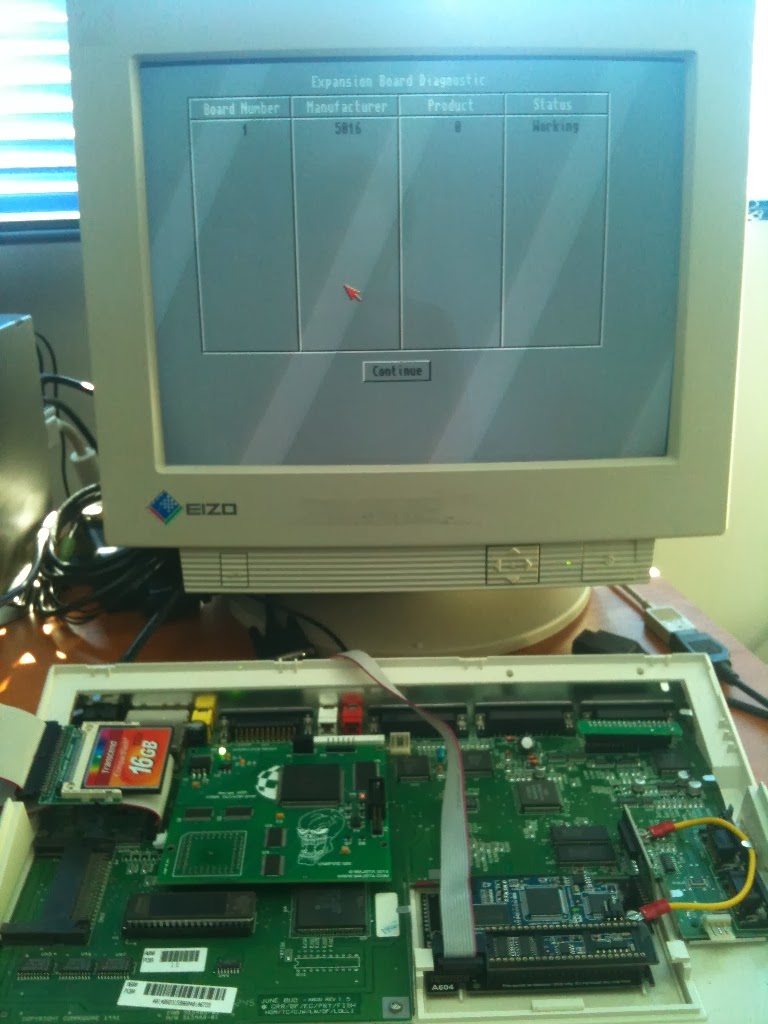 After that, ClassicWB booted just fine and ready to use! Wow 64MBs of memory was super sexy! 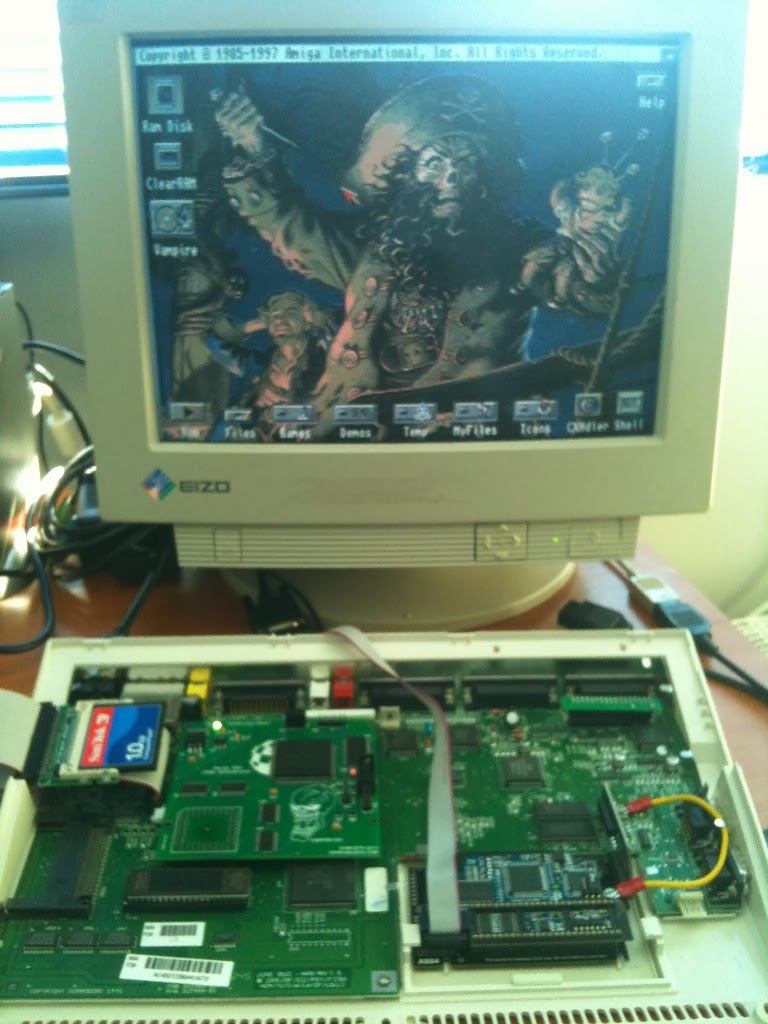 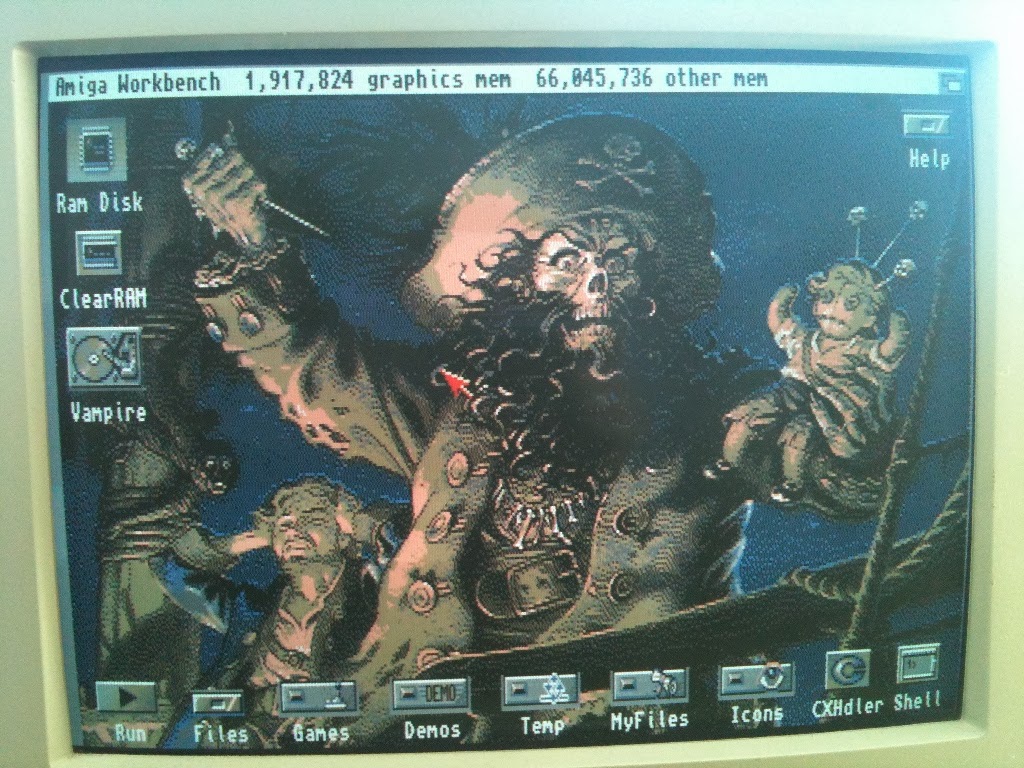 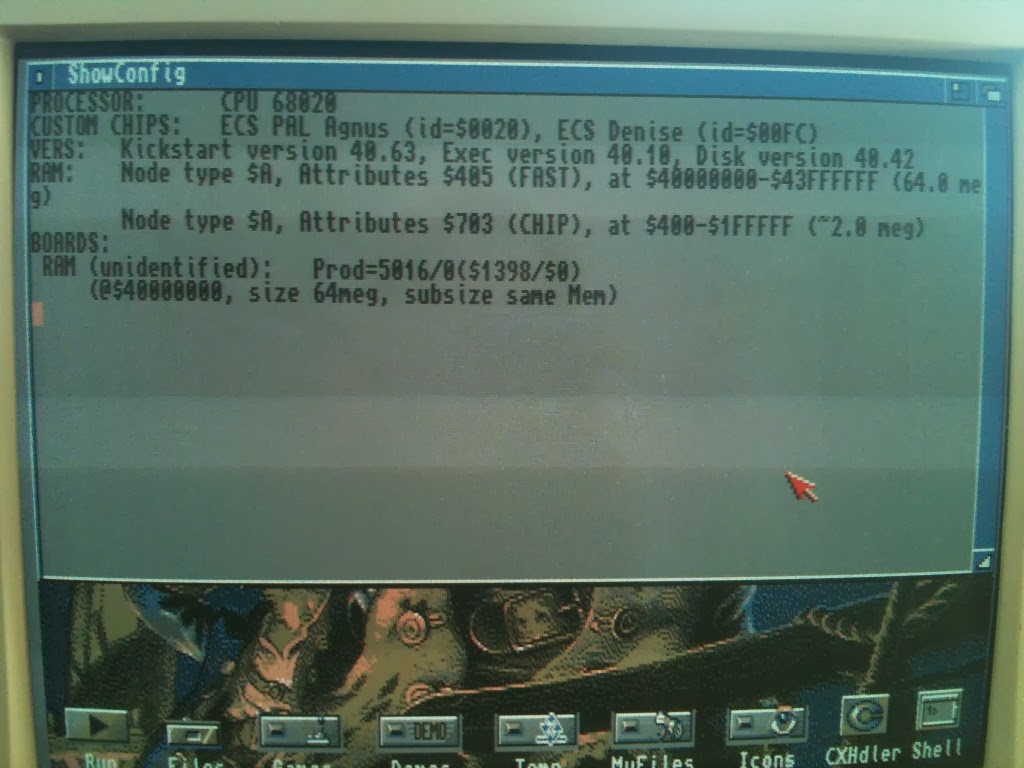 Ofc I couldn't stop by quickly firing up SysInfo to make some quick benchmarks :D 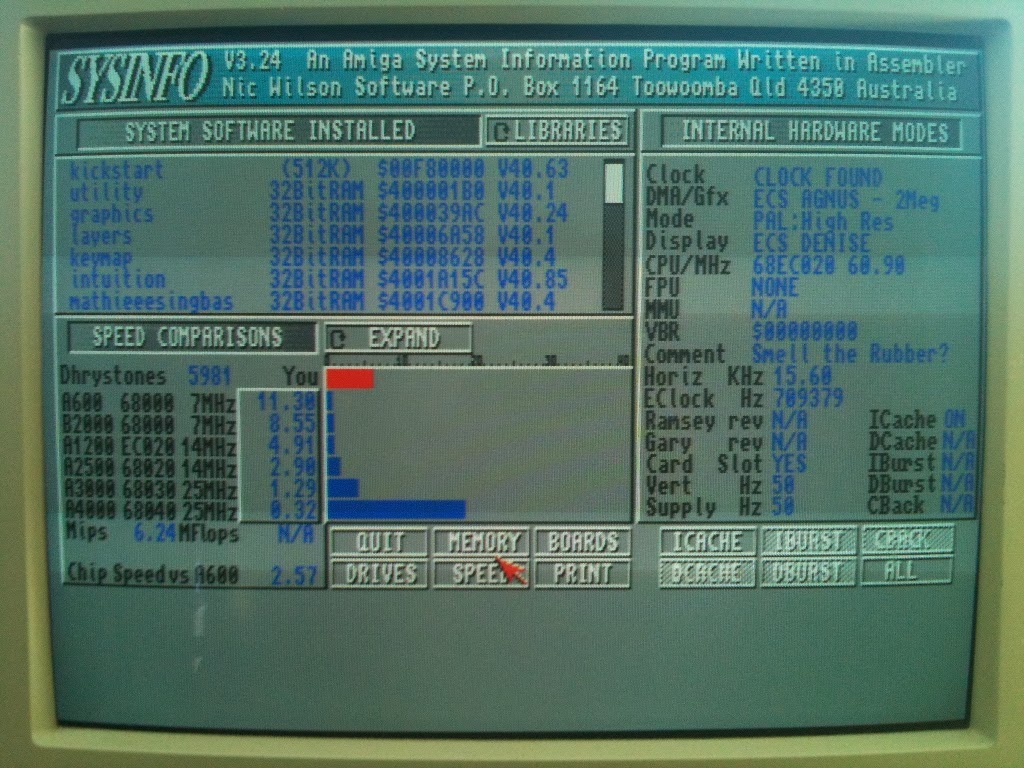 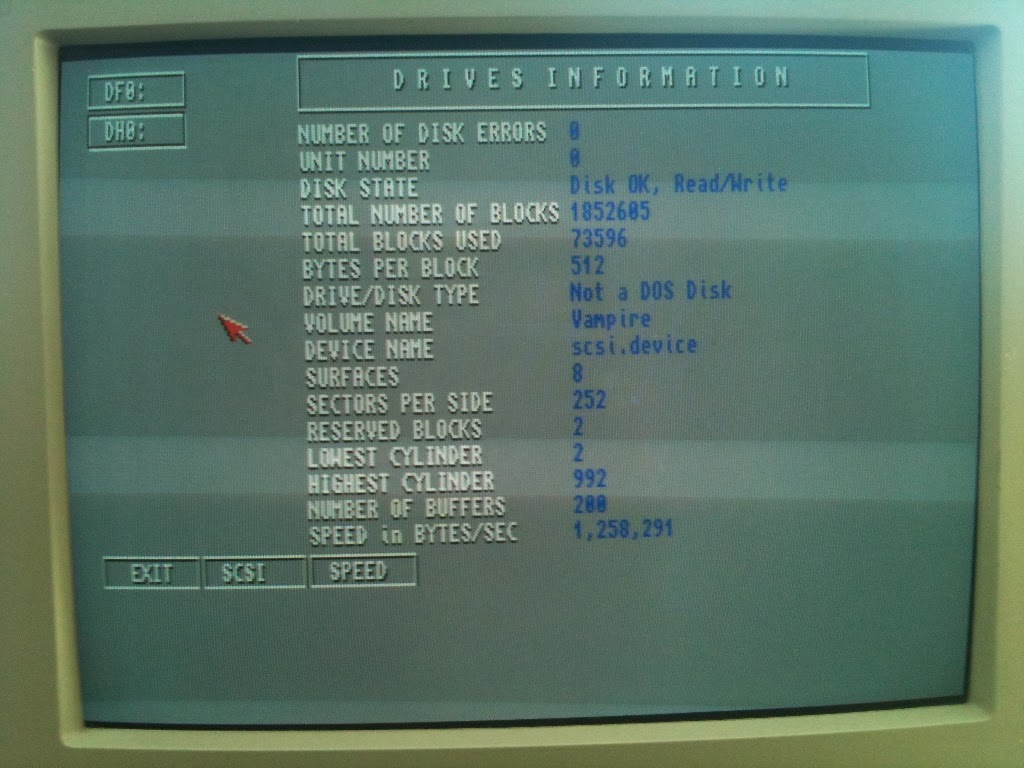 Not bad at all aye? I can't believe how well it performs with such short core development!
I really hope for more core improvements and speed increases in the future.
Some days ago I received my USB Blaster so I'm ready for some new upgrades :D