I can see the Workbench 3.1 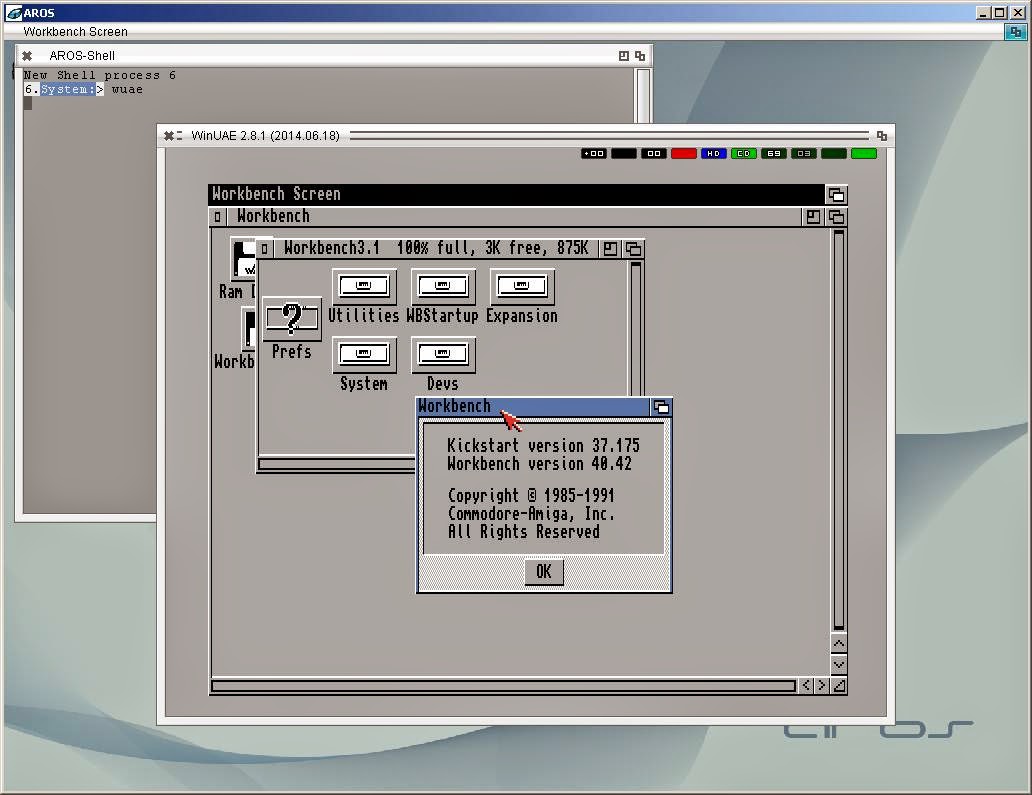 As soon as AmigaOS console.device was opened, AmigaOS crashed. Now that I merged the console.cpp file, which I forgot to update to the latest version, I can boot from floppy into workbench 3.1!

I still can't type anything in there, but key-presses do result in a flickering cursor, so somehow the translation of the key-codes seem to be wrong. Should be fixable.

Btw, now it also shows WinUAE 2.8.1 in the window title and this seems to be the correct version number. The source code archive was named winuaesrc2810.zip, so I took the (wrong) version number from that filename.