Not many things to update these days, as the only thing I'm waiting atm are some white anti-vibration fan mounts.
Important things although needed my attention.
First of these (although not so important) was to change the storage Hard drive with a bigger one. Previous was a Seagate 500GB one, and now I decided to put a Western Digital 1TB just to be safe. Sadly there was not enough budget for the 2TB 2.5" one but I think that 1TB will be just fine for this middle-tier machine :) 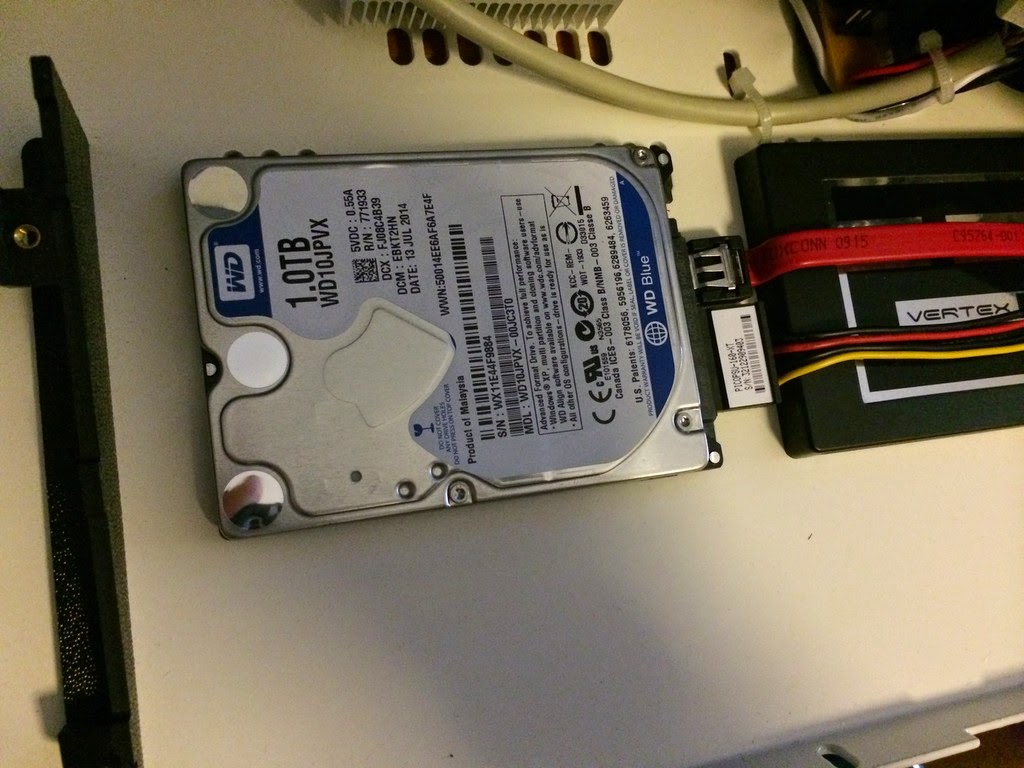 Second but most important issue was that I discovered that the case doesn't close as firm as I would like. After examining further I realized that the problem was the PicoPSU's molex connector on the one side that was touching the upper shell upon closing. You can check the length of the lower connector on the picture bellow. 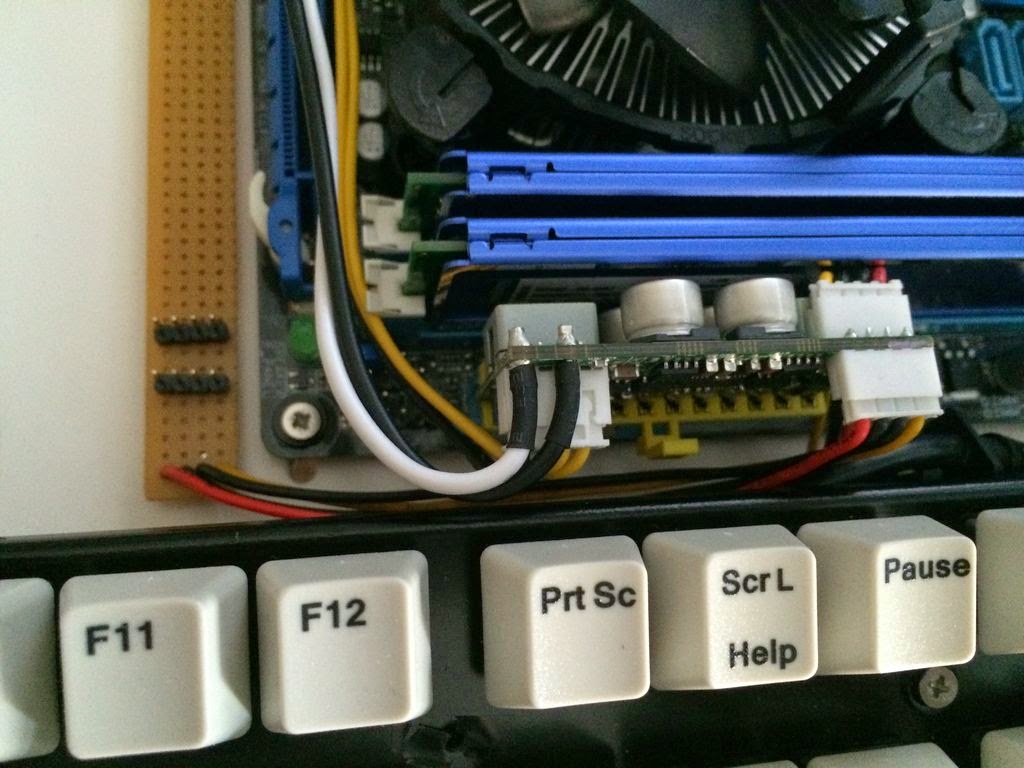 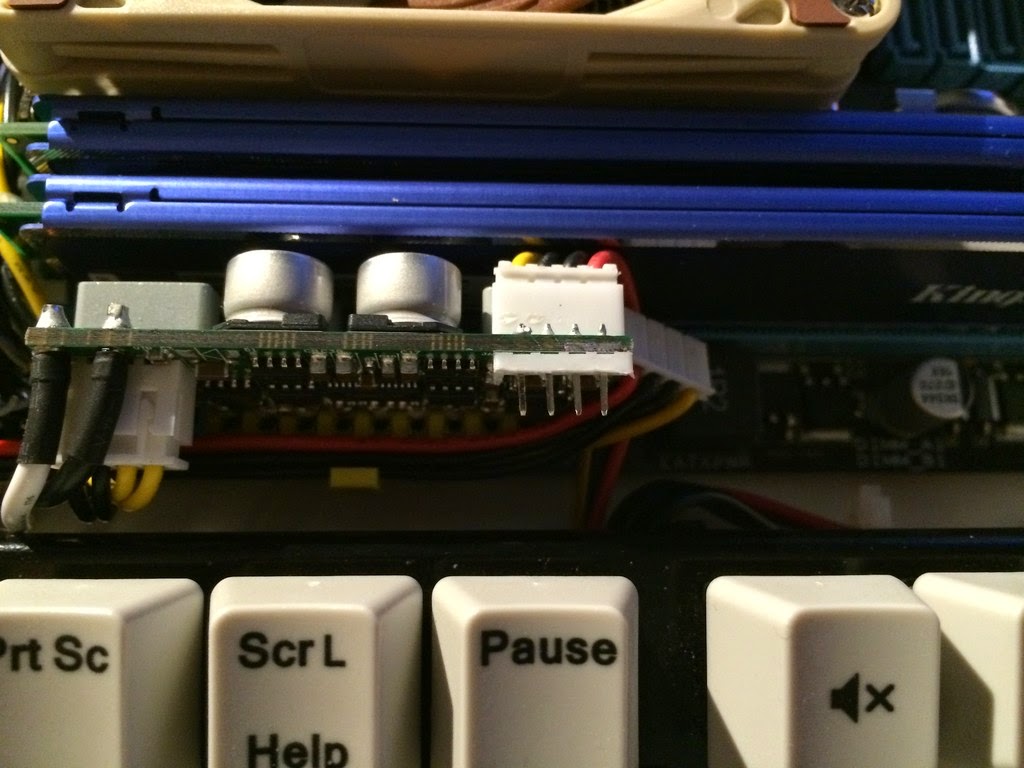 After putting the connector back on, you can clearly see that now it's a lot better :) 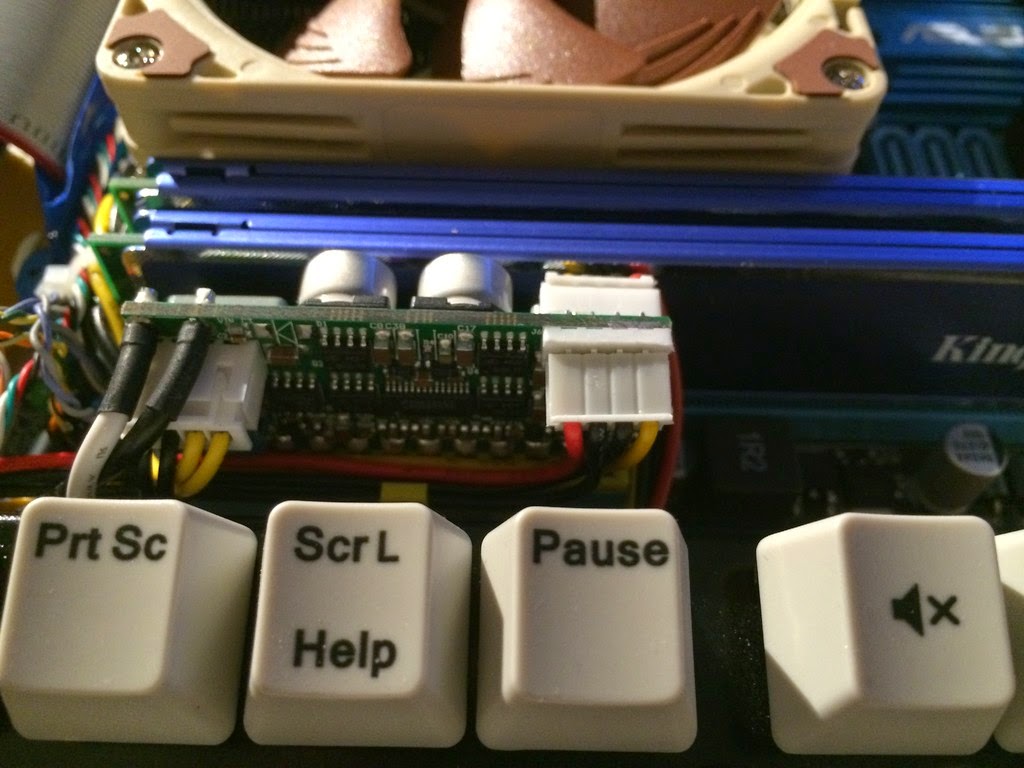 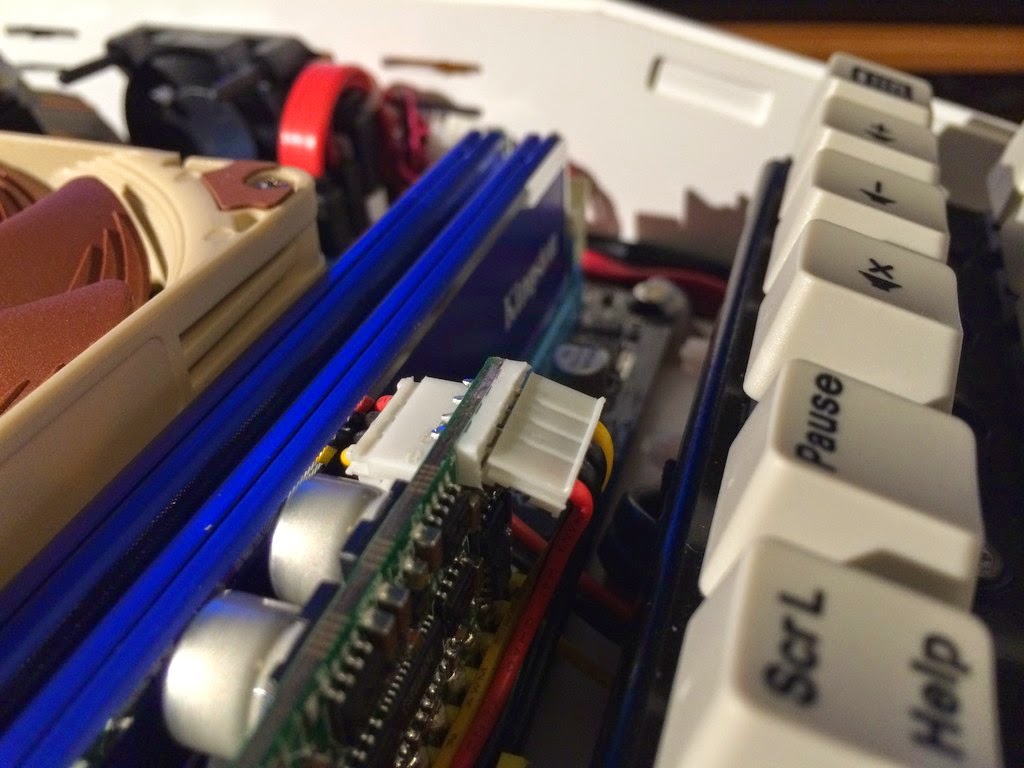 One more issue (lol), was that the case had one hole that was designed for PicoPSU's default power connector but as you know from a previous article wasn't used alas it was open.
As I didn't anything else I could use this hole for, I decided to put a Push-On switch in order to have it as Reset switch (I know it's not used at all most of times but ...oh well...). 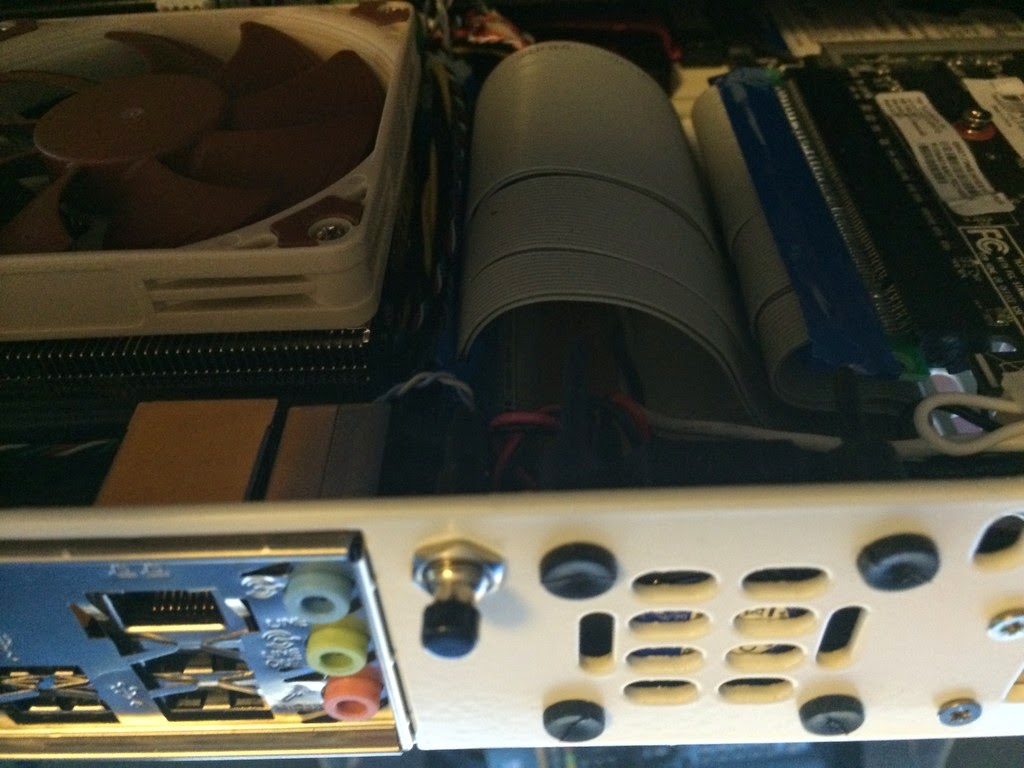 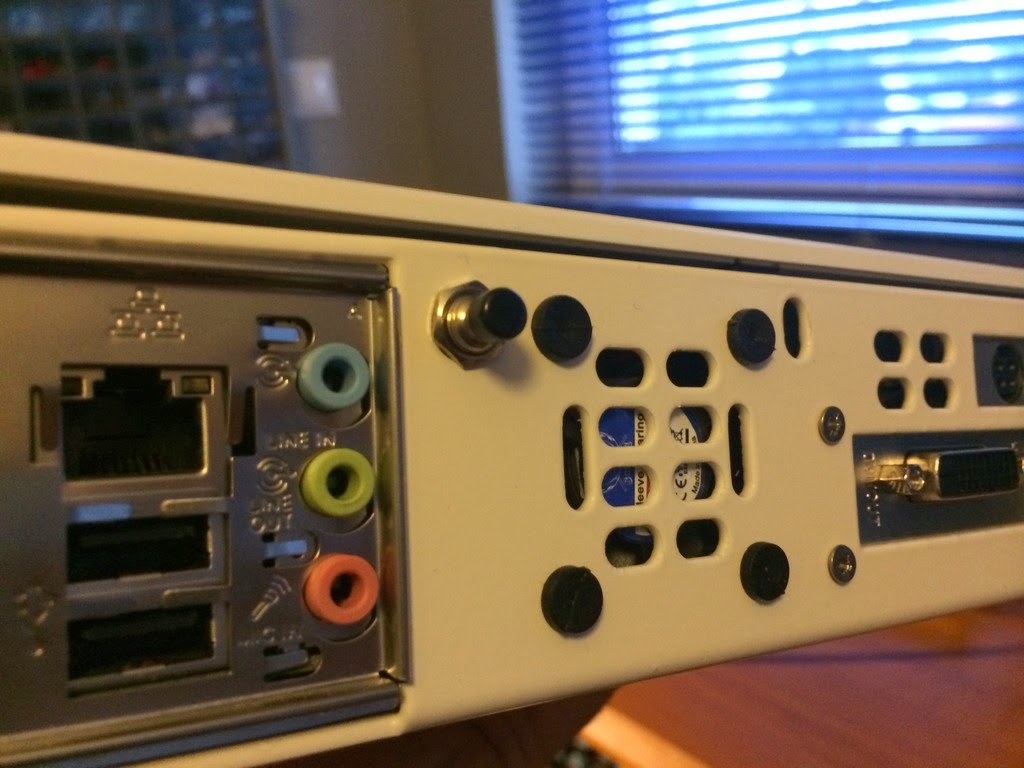 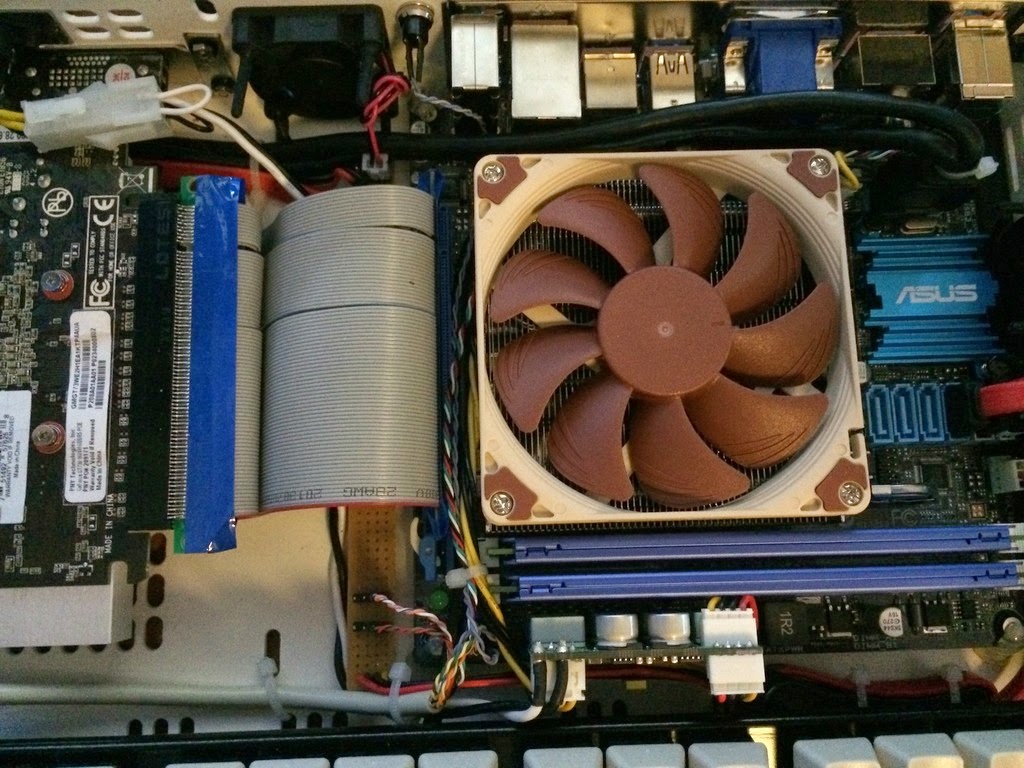 OK. Now that I was set hardwarewise, I thought about checking 00some power consumption readings on my Watt-o-meter.
This is a standard reading when system is idle under Windows7 desktop. 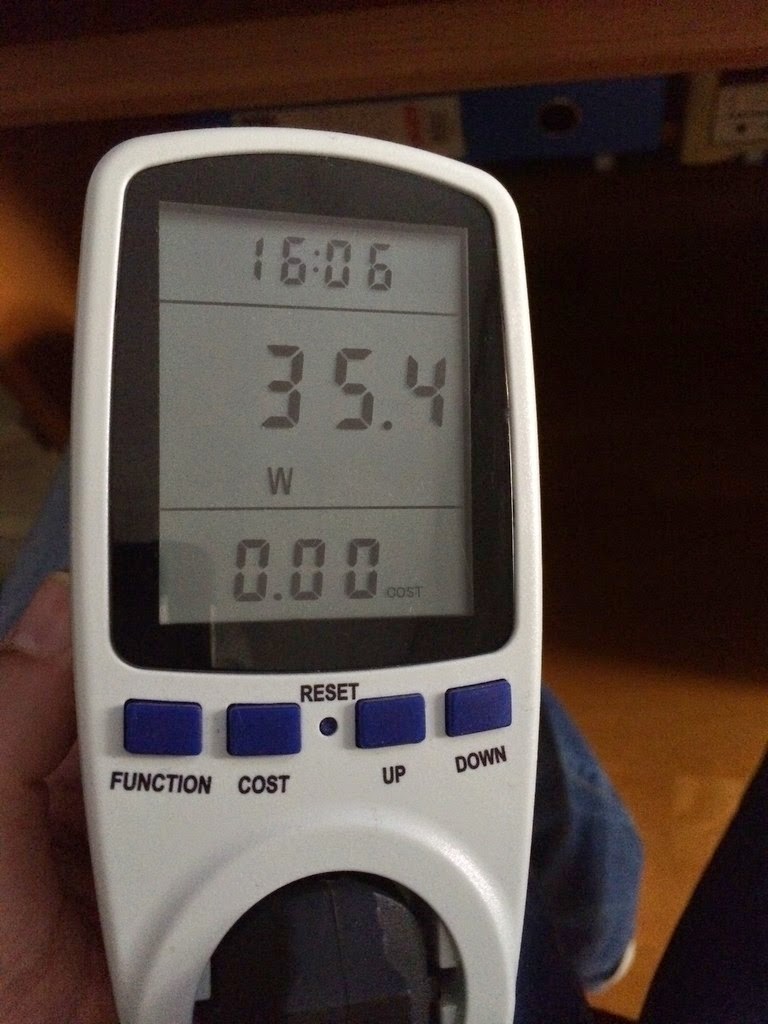 After running a stress test on Furmark (stressing the GPU) though... 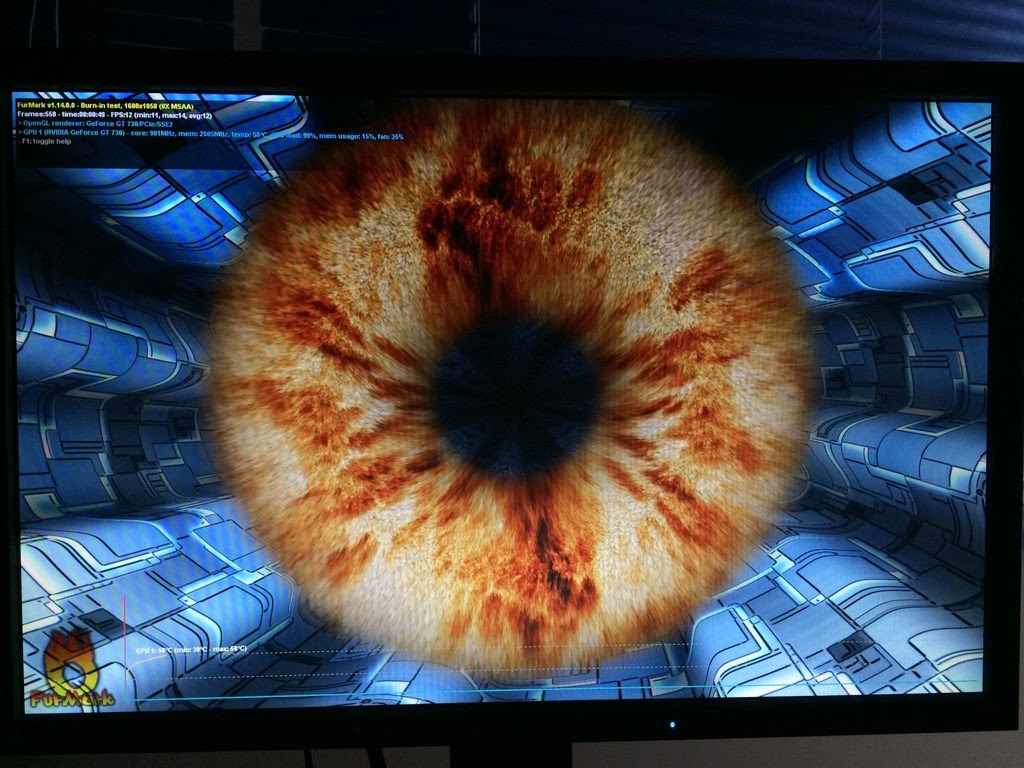 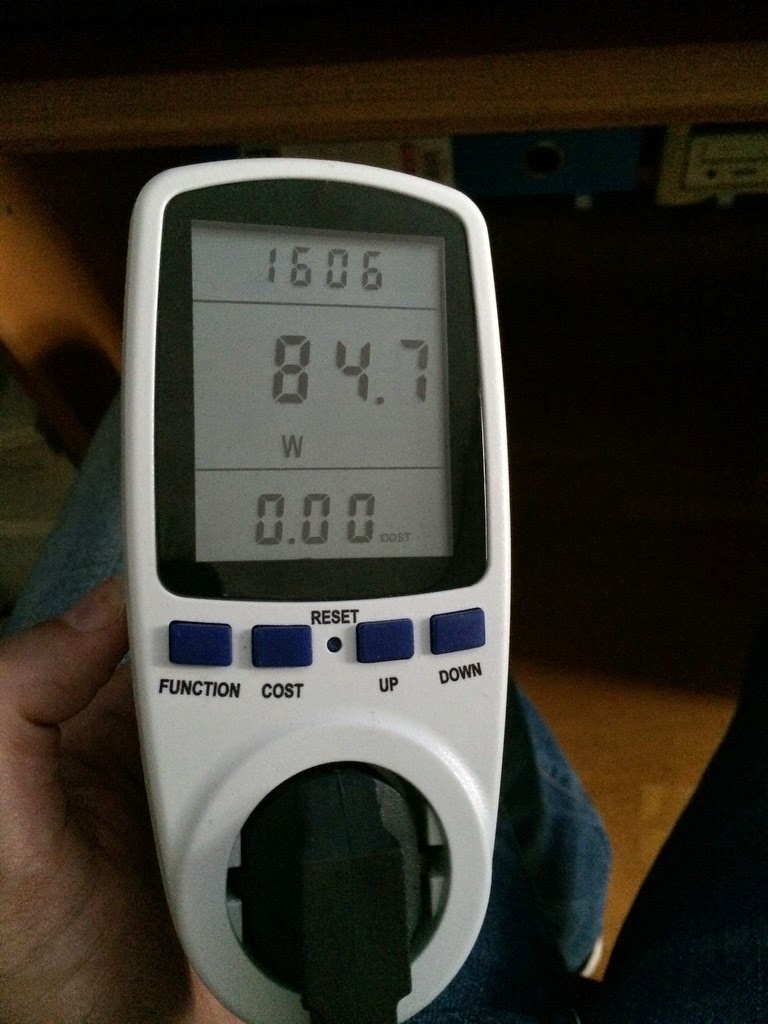 Yep. It skyrocketed (LOL) to ~85W. I thought about leaving it about 10 minutes and these was the results... 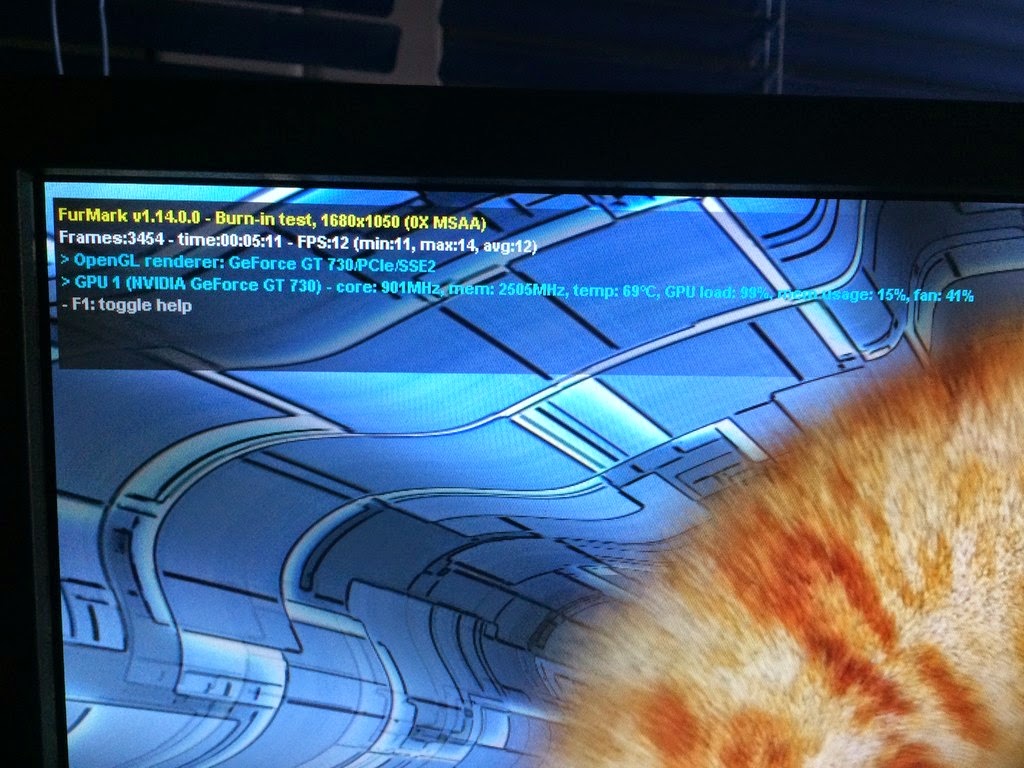 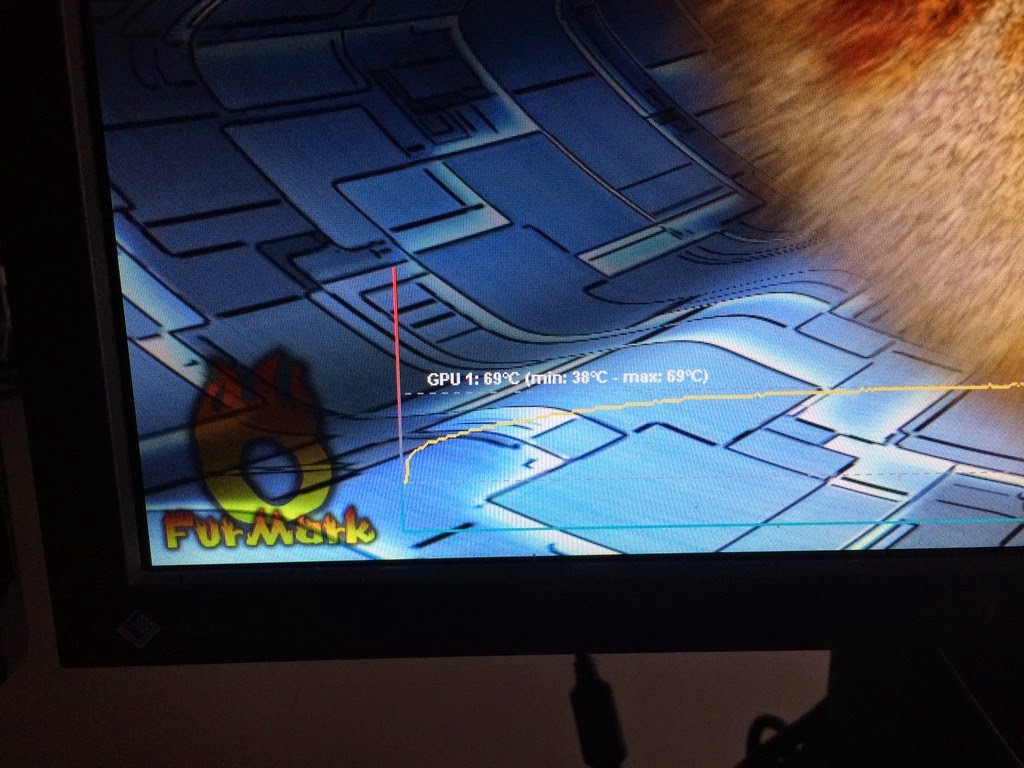 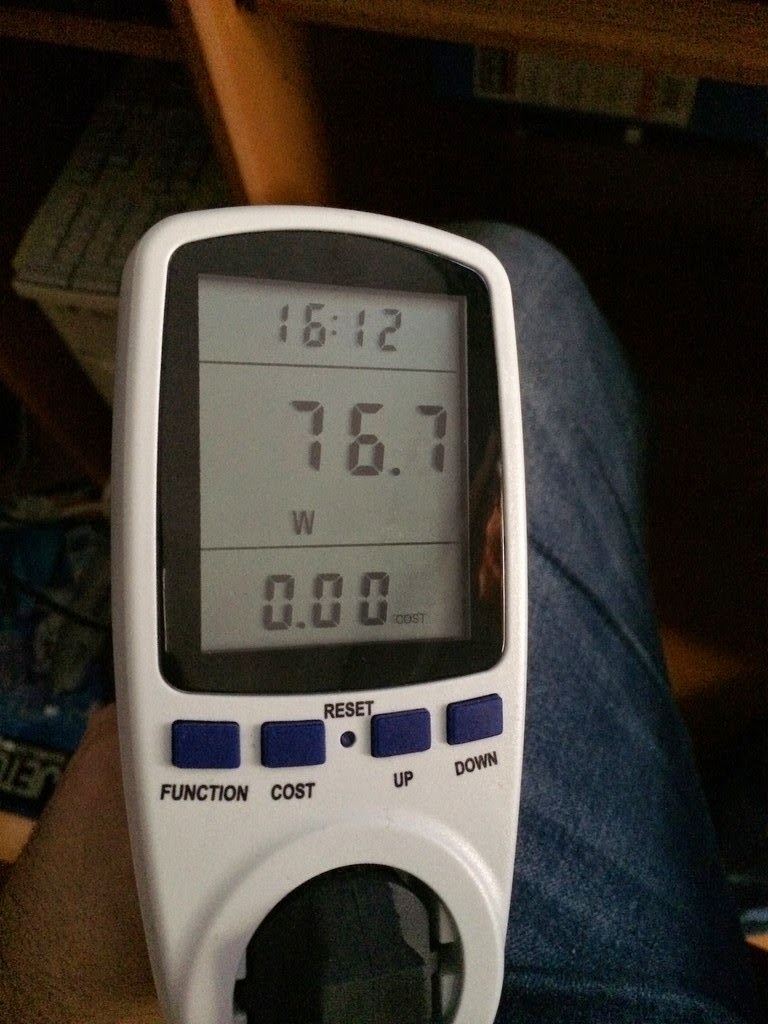 Not bad at all! :)
Next step was to check the power consumption of my CPU using a stress test of Prime95 for about 10 minutes as well... 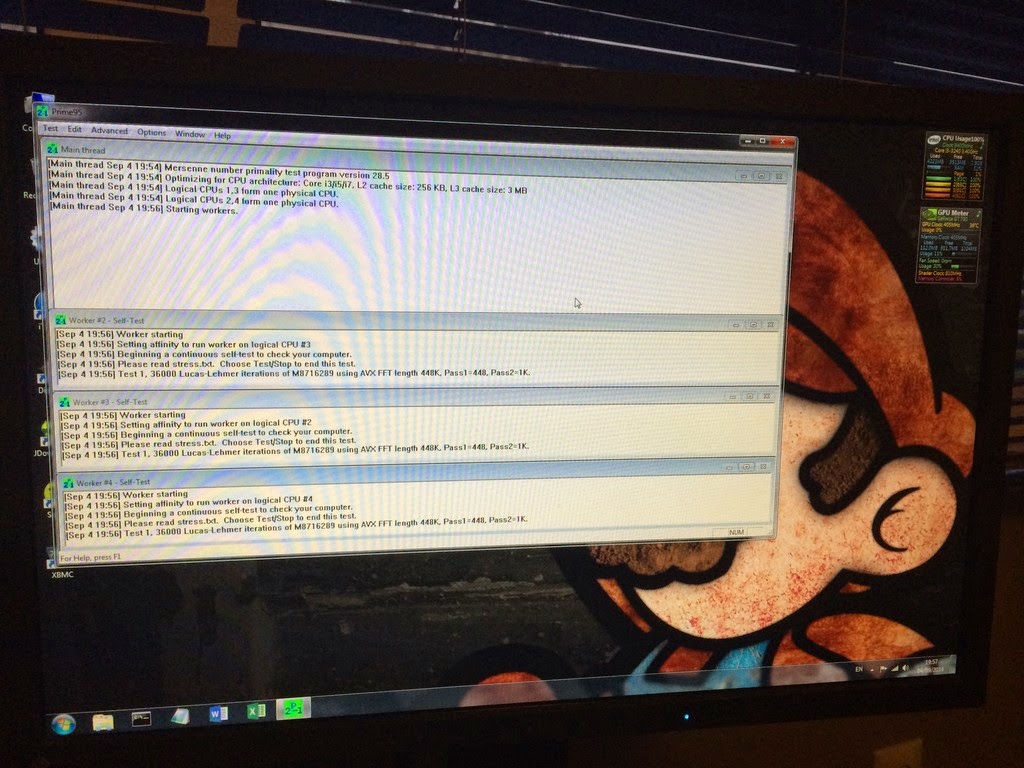 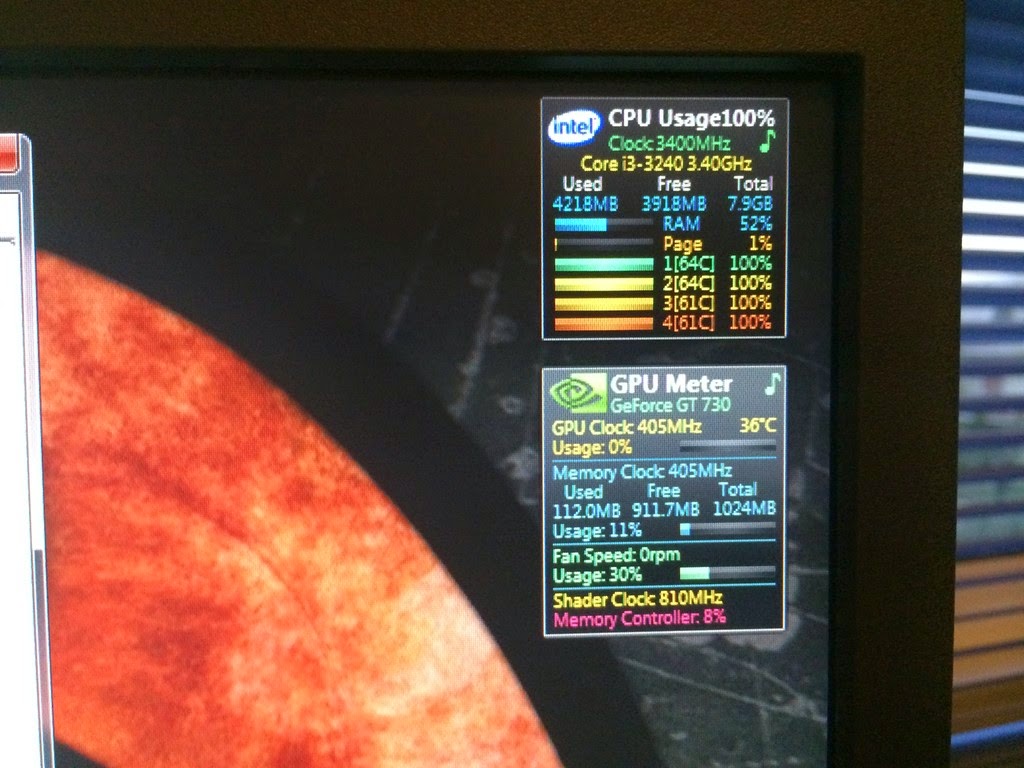 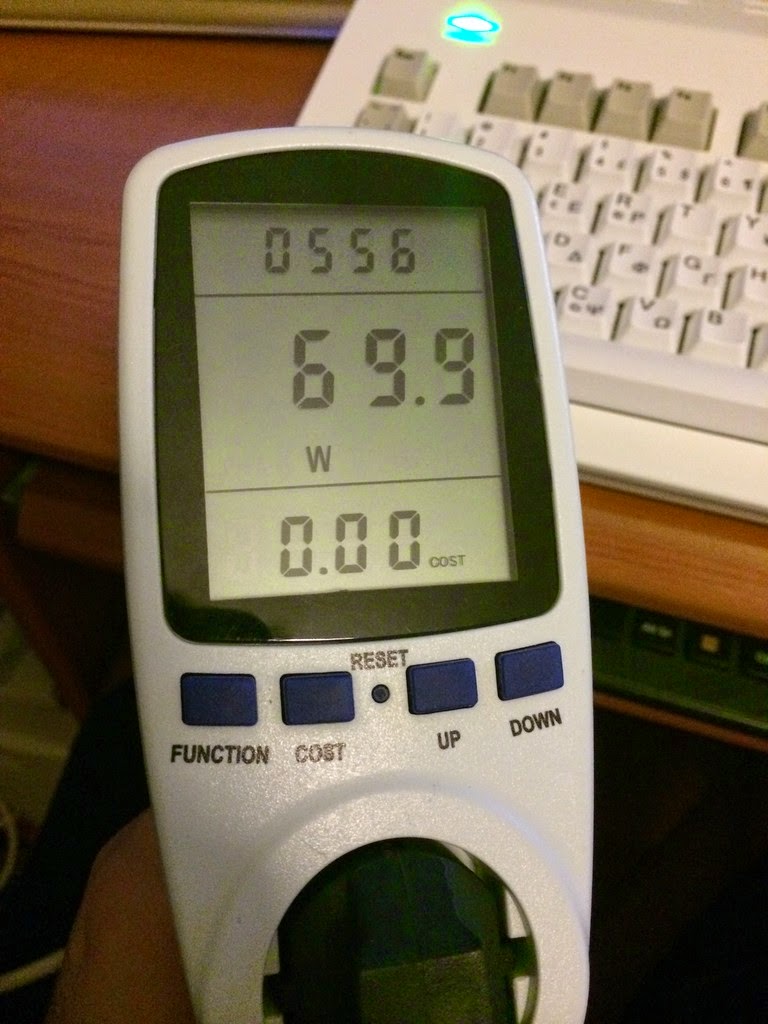 Really nice temperatures (thanks to Noctua) but also nice consumptions, making PicoPSU show it's power and coolness :)
I'm really excited that the power consumption is under 100W even in stressful tests, and since I have an 160W tolerance I'm rather certain I'll be ok for a while :)
Stay tuned.
Read more